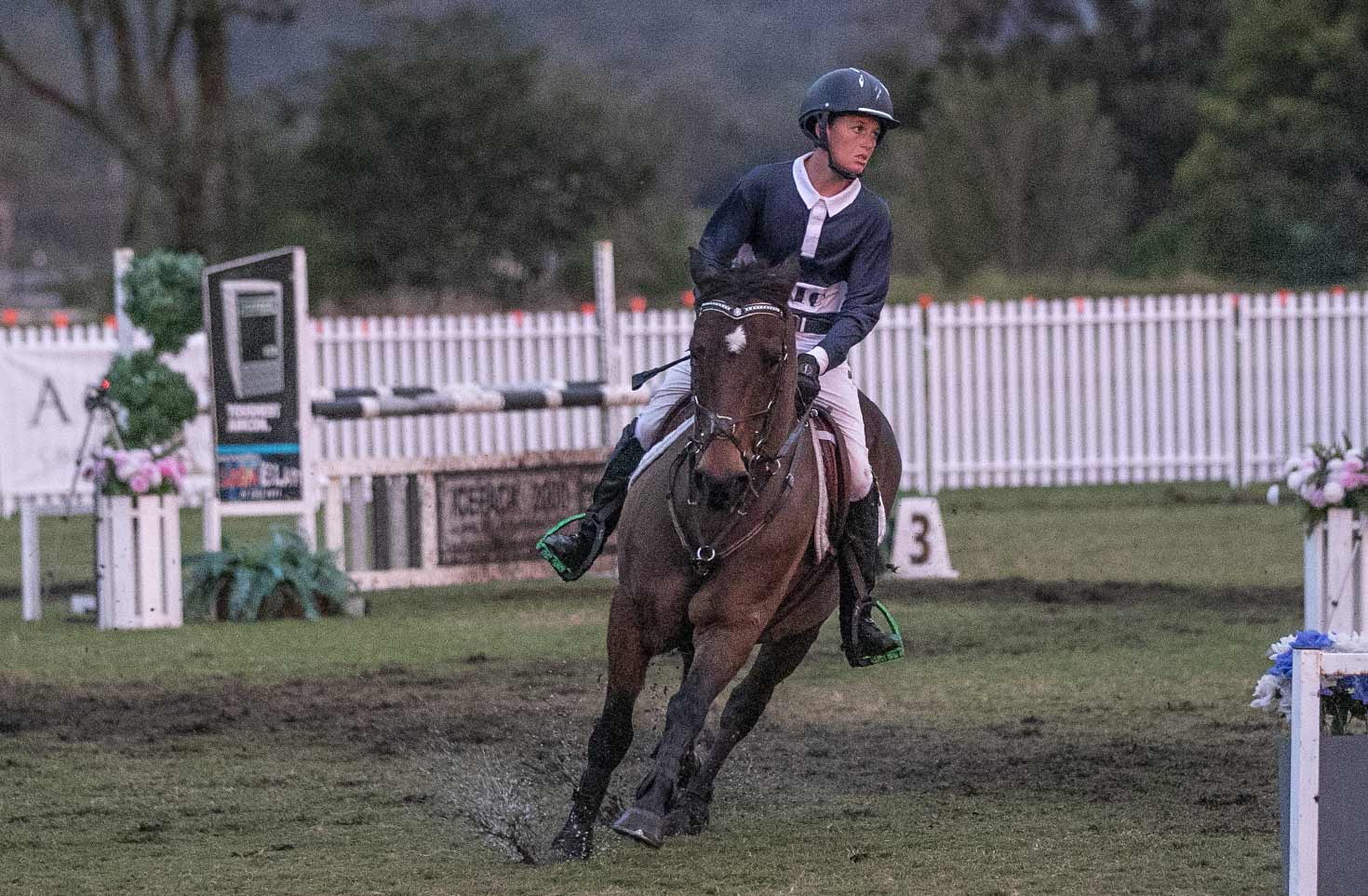 The last class on the Milenco Ring today at Aquis today was the final of the GeoPro Footing Children’s Tour. After a mid-afternoon downpour which meant quite a late finish, the children competing, all aged 14 years and younger, did an admirable job under trying conditions. Horses splashed up water as they landed over most jumps and finishing just as the sun set under heavy overcast skies, the last few competitors on course were lucky to find their way around.

After a few scratchings only 24 combinations competed in the class and we had to wait until the very last combination on course until we saw the winner. Hayden Parker who is on the Victorian Jumping Development Squad, rode Fat Boy Slim through the slush to go double clear, more than 2 seconds quicker than the next best. Second placing was filled by Paris Ow-Yang and Cayuse Alveeno with Holly Stott and Yandoo Chat filling third.

The top five placegetters in this class were: 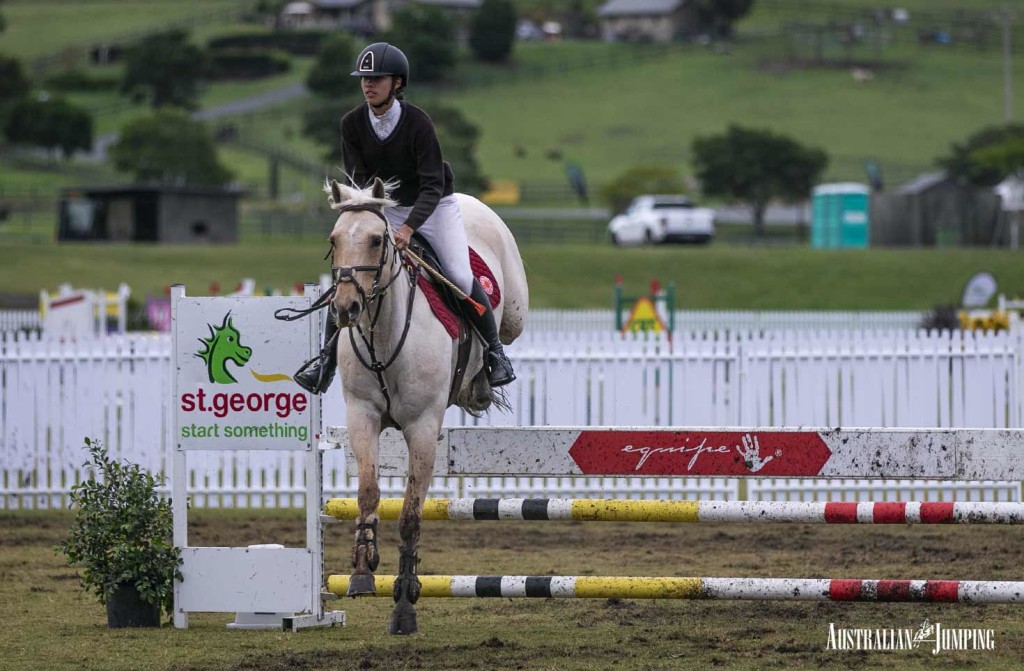 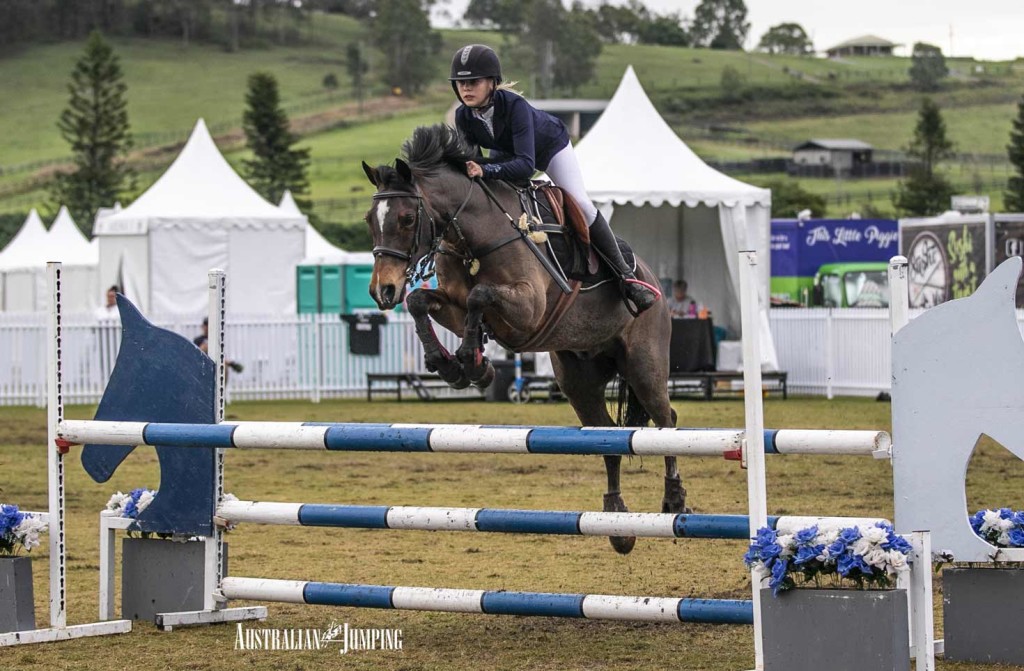 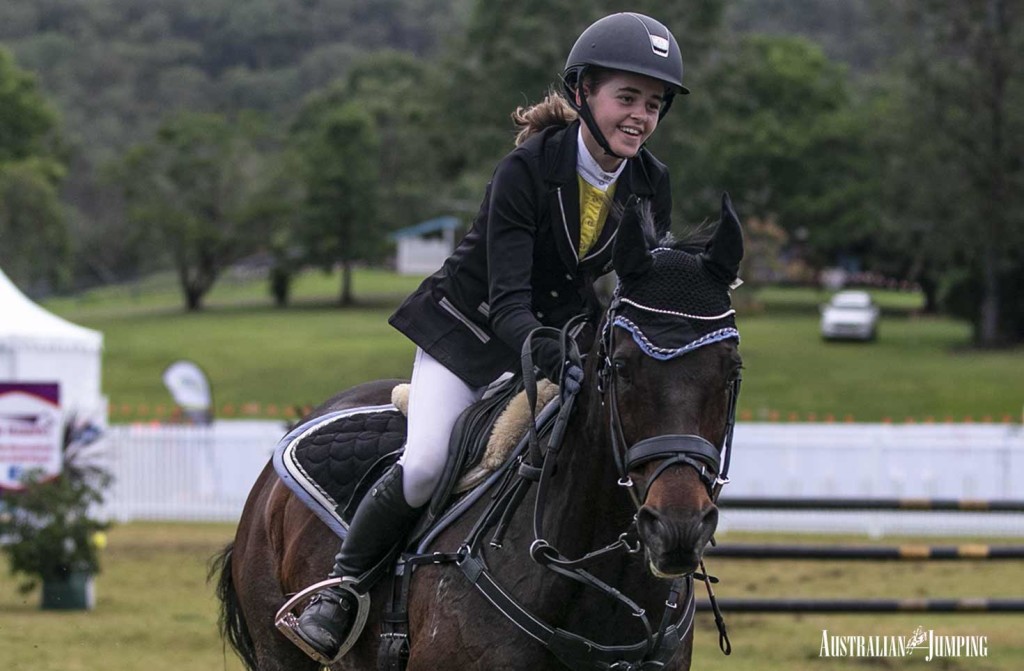 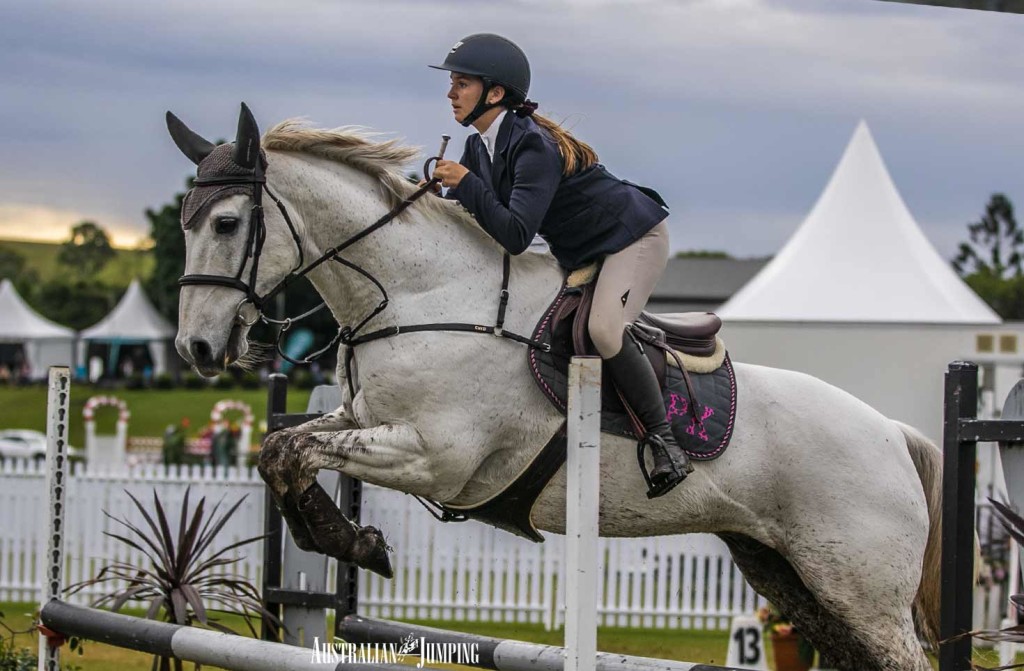 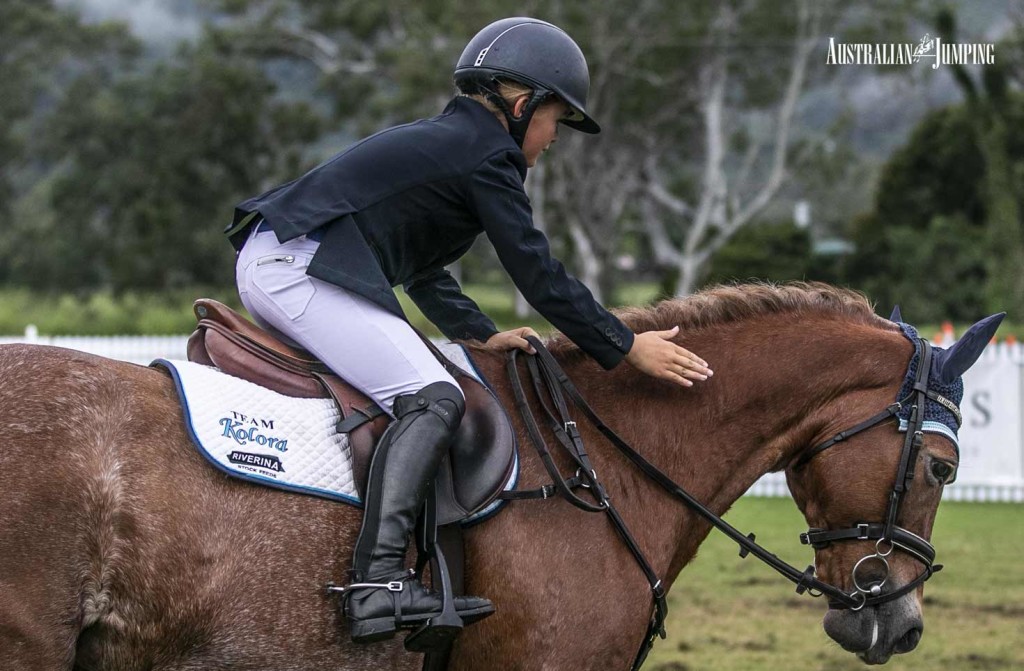