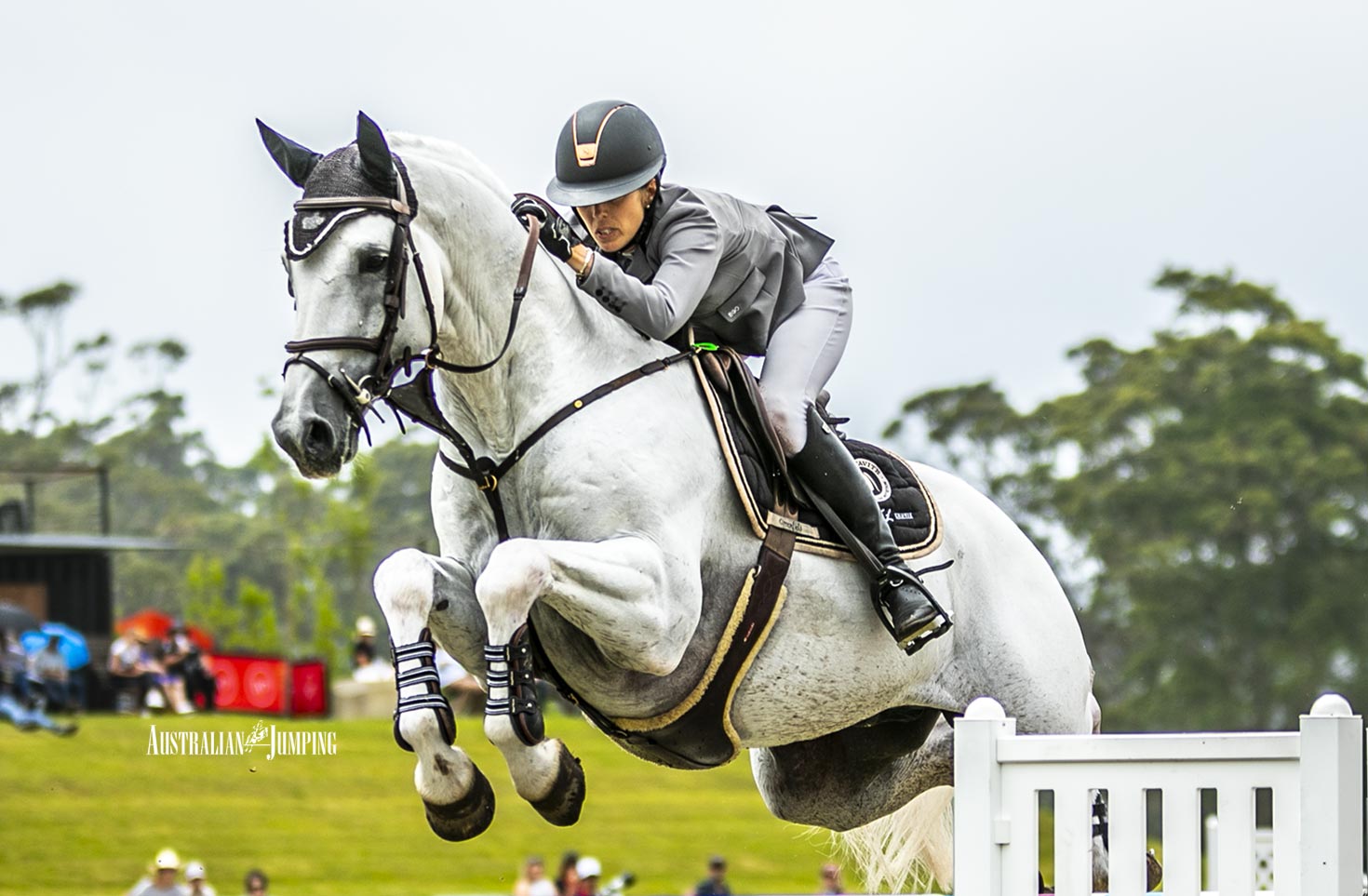 After Thursday’s Welcome Stakes, riders were ready to get stuck into the main competition at the stunning Willinga Park for the Jumping Grand Final – the inaugural jumping competition held at this exciting new venue.  Crowds stared to gather early regardless of the predicted rainfall. The lovely grass jump arena was holding up undertone damp conditions as the first class got underway. 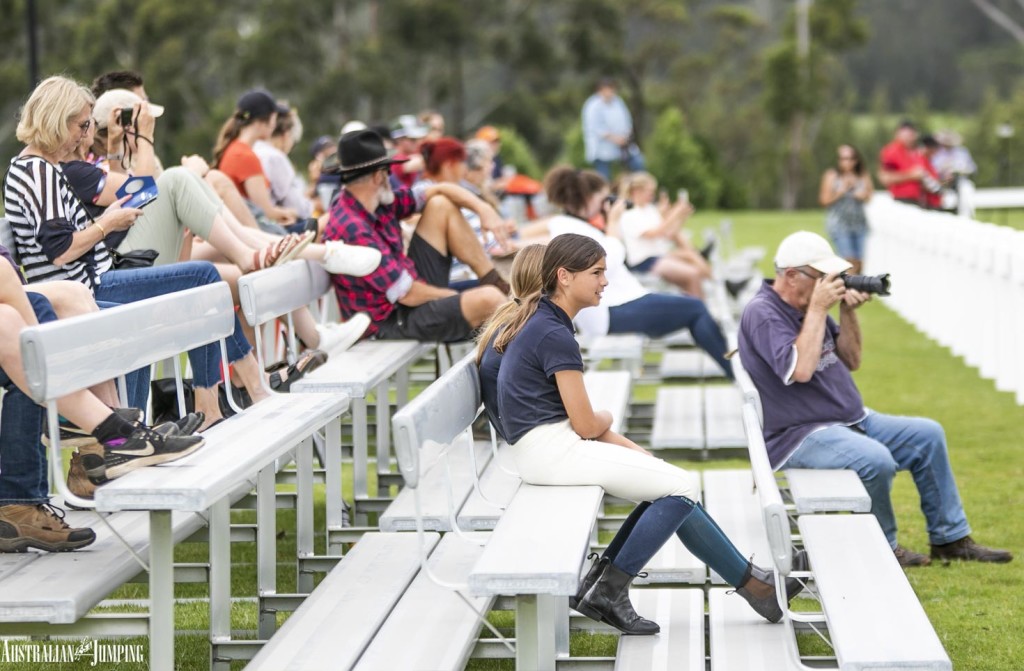 The first of the Willinga Park Jumping Finals, the Futurity, was fought out on Friday and Saturday and was set to be an exciting competition. Stuart Jenkins and Blackall Park Penny Lane were clear favourites coming into this class, but Round One didn’t go to plan for this combination and Katie Laurie and McCaw MVNZ were victorious.

Results from the first round of the competition were as follows: 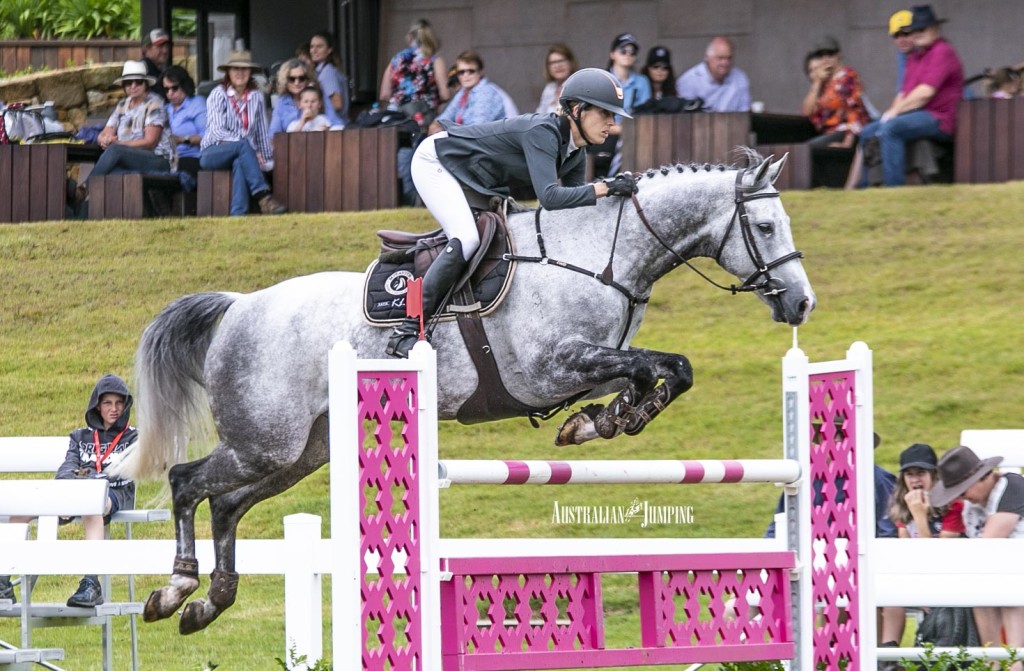 In Round 2 however, Jenkins returned to form by winning an exciting jump-off where he was the only participant to go double clear. Below is a list of the top 6 placings in Round 2: 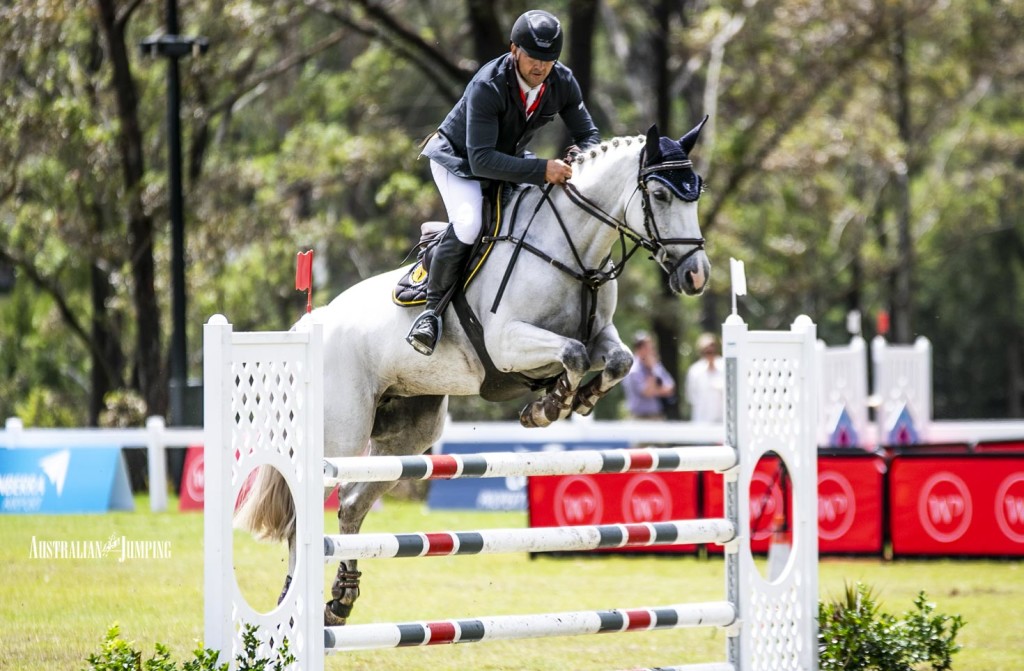 It was Paul Brent and Kabalesse Kavita who, after their fourth and second placings over the weekend were the winners of the Most Successful Senior Rider Title. 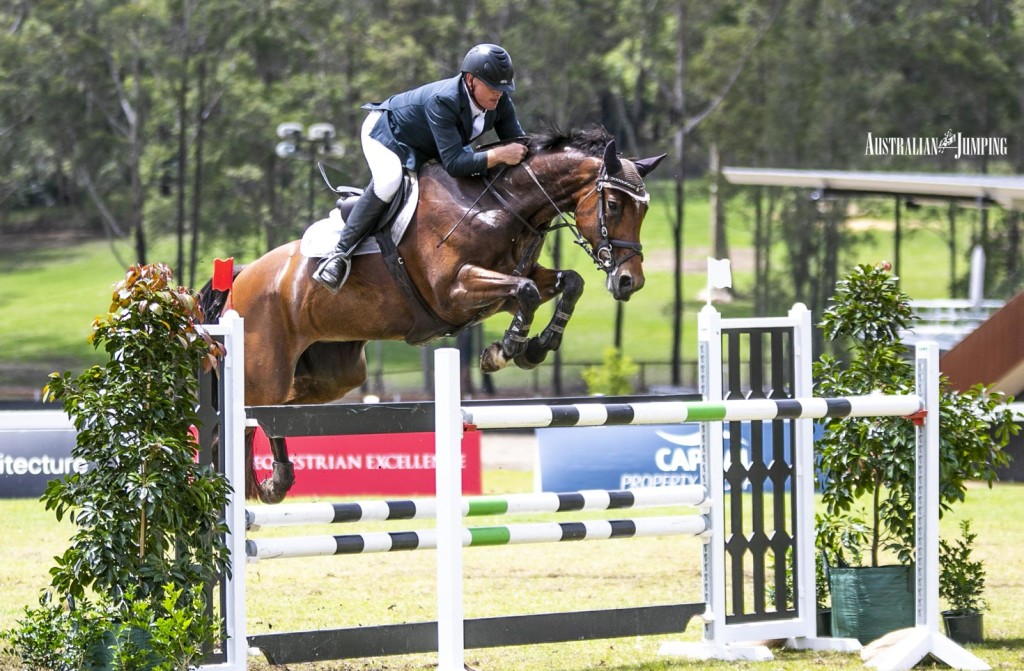 The Grand Prix was run over two rounds and a final. The first round on Thursday, the second on Friday and the final on the Saturday. All eyes were on Tom McDermott and Elegance De La Charmille as it was all on the line for this combination with regards to the $50,000 Triple Crown Bonus, however although McDermott gave it his best shot, it was Katie Laurie who wore the crown at this, the final leg of the series, with her lovely horse Casebrooke Lomond.

The top six placings from Round 1 were as follows: 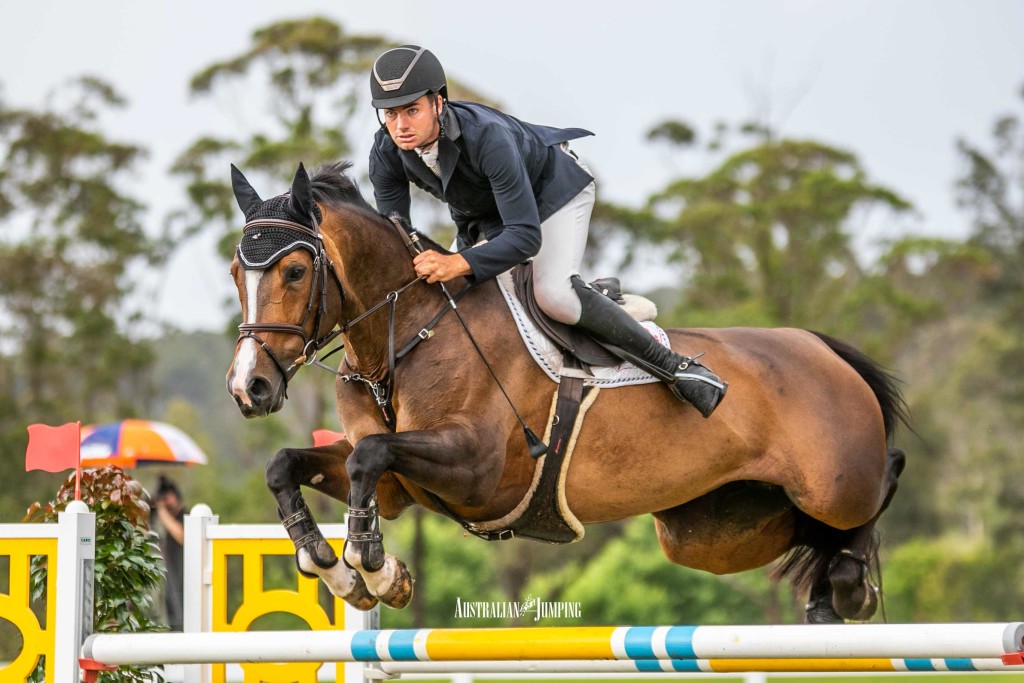 In the second round, another strong showing by Katie Laurie and Casebrooke Lomond saw them again take the win.
Second Round results were as follows: 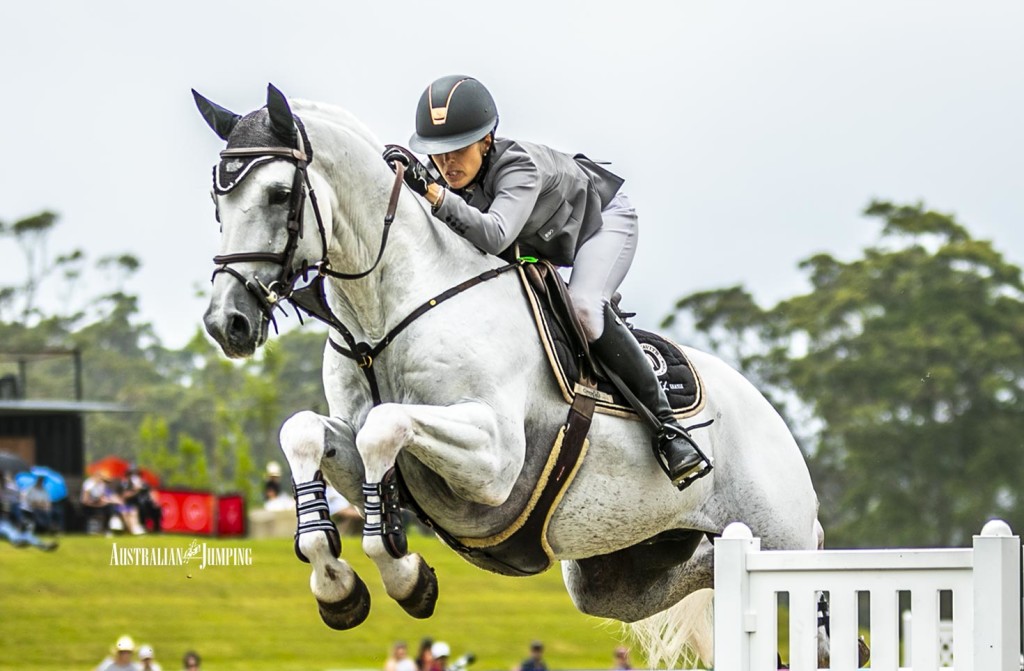 After these two rounds, combinations were ranked and combined rankings over the two rounds were converted into penalties, which were allocated to the combinations before they started today’s final. Below is a listing of those penalties.

The final was an exceptionally exciting affair. Eight combinations participated in the jump-off after seven went clear, but it was indeed Katie Laurie and Casebrooke Lomond who proved their class once again by taking the final. Final scores were as follows: 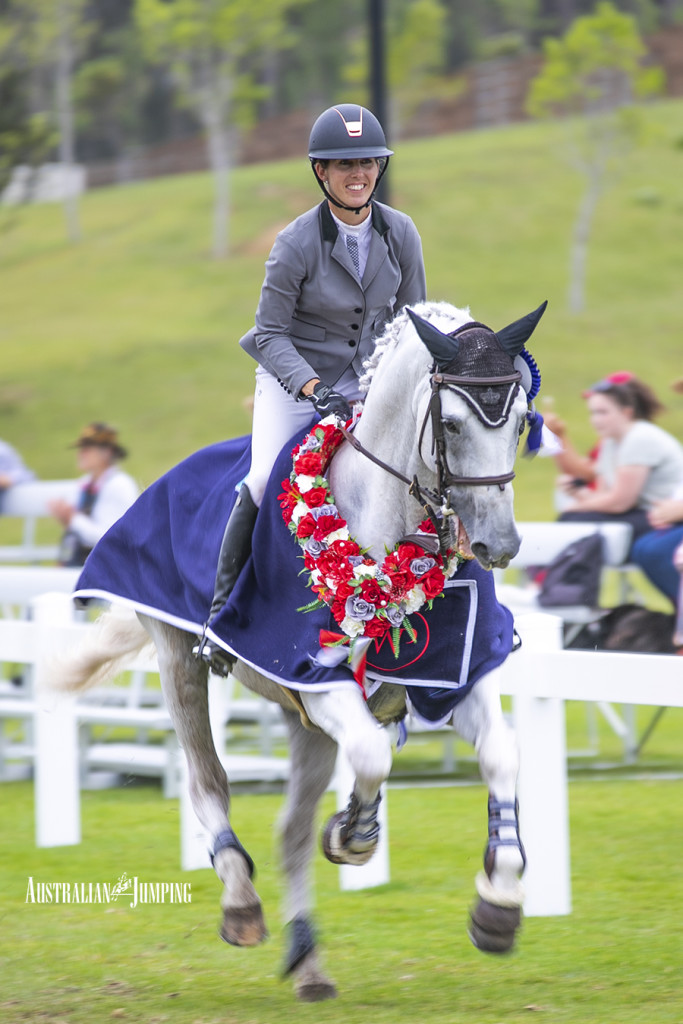 Round 1 of the grand final was held on Friday with young Queenslander Maleah Lang-McMahon and Vakarra Champagne taking the win. The top six placings in round 1 were:

After heavy storms on Saturday night, the Willinga Park equestrian complex demonstrated its versatility by moving all remaining  final classes away from the soaked grass arena, which had been in use for the last three days, to their brand new OTTO Sport Australia Grand Prix Arena.

In the final, these Junior riders showed that the future of Australian jumping is in good hands. A wonderful display of jumping across the board saw twelve combinations go clear and form an exciting jump-off field. Maleah Lang-McMahon showed her absolute class by taking out today’s final but on a different horse from her Round 1 win. Placings in the Final were as follows: 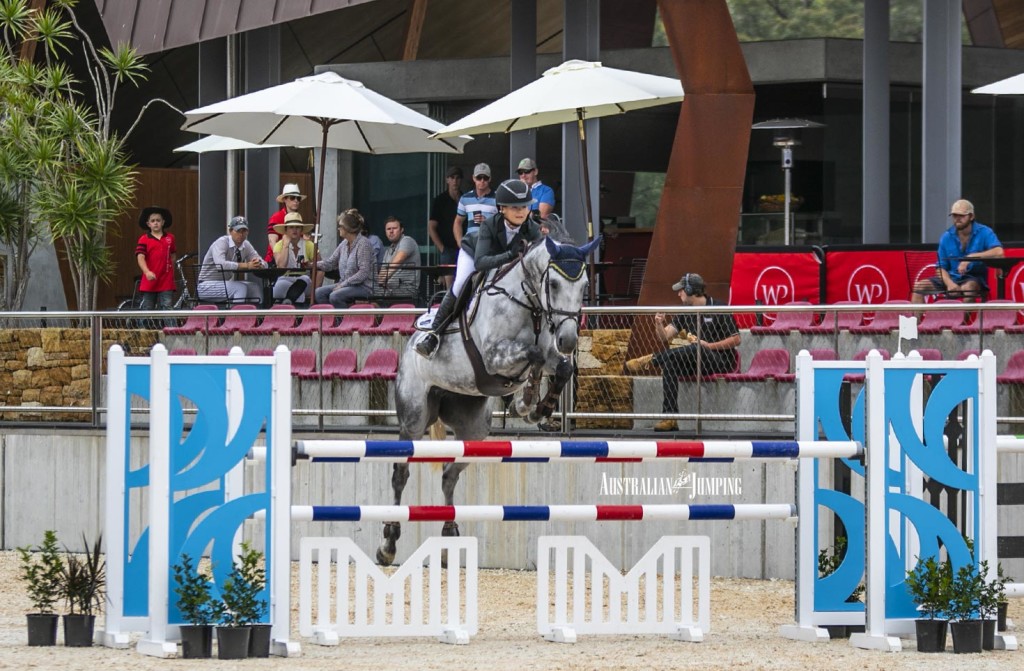 Clemency Hughes and Nicolette who demonstrated their consistency over the weekend, by finishing third and second in Round One and the Final respectively claimed the Most Successful Junior title. 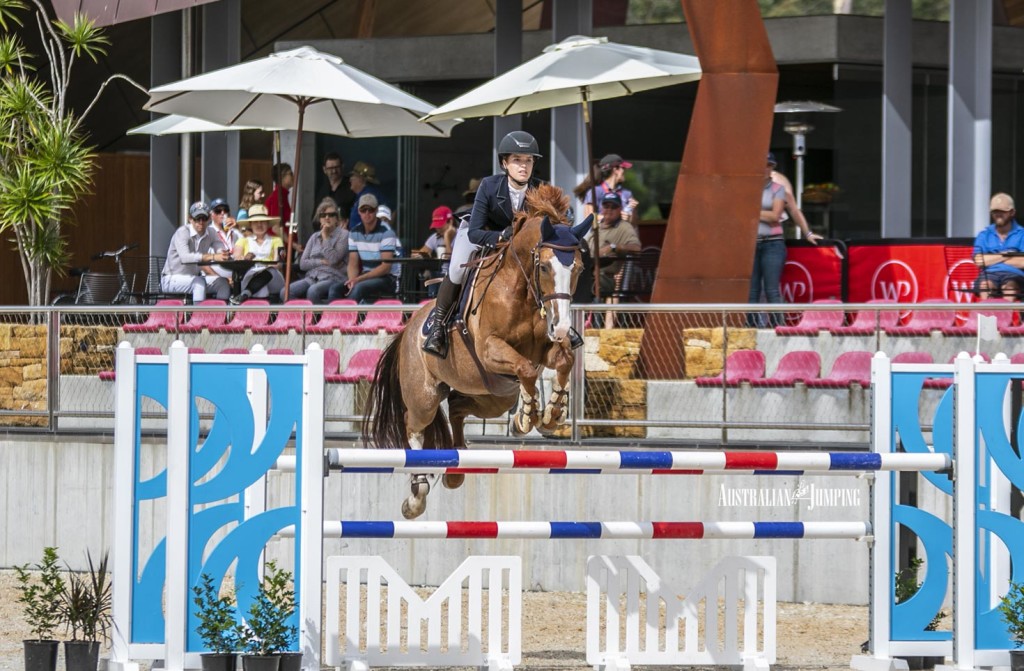 The next class at the state-of-the-art equine facility that is Willinga Park, was the final round of the Mini-Prix championship. Under very wet and heavy conditions, Round One of the Mini-Prix Championship was held on Friday with the following placings recorded: 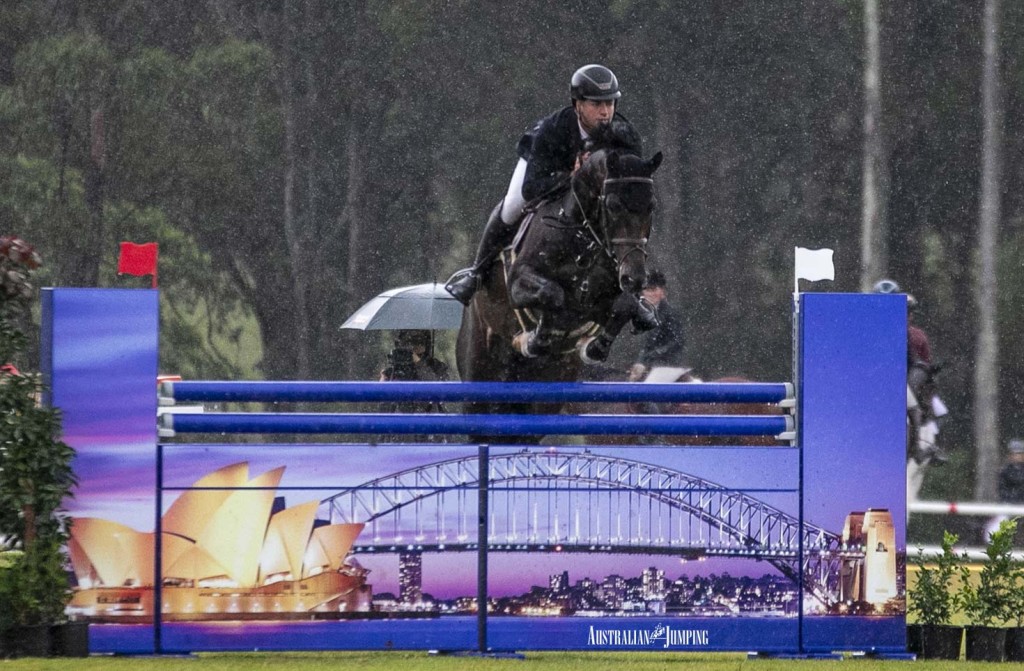 An exciting final ensued with four of twenty-two combinations going clear, the fastest of which was Bridget Berry and Turn It Blue NZPH in 58.38 seconds. The top eight performed combinations formed a very exciting jump-off field.

Going double clear, with a jump-off time of 37.04 was enough for Jess Brown and Casco to take out the Championship.

The first six placings in the Mini Prix Final were as follows: 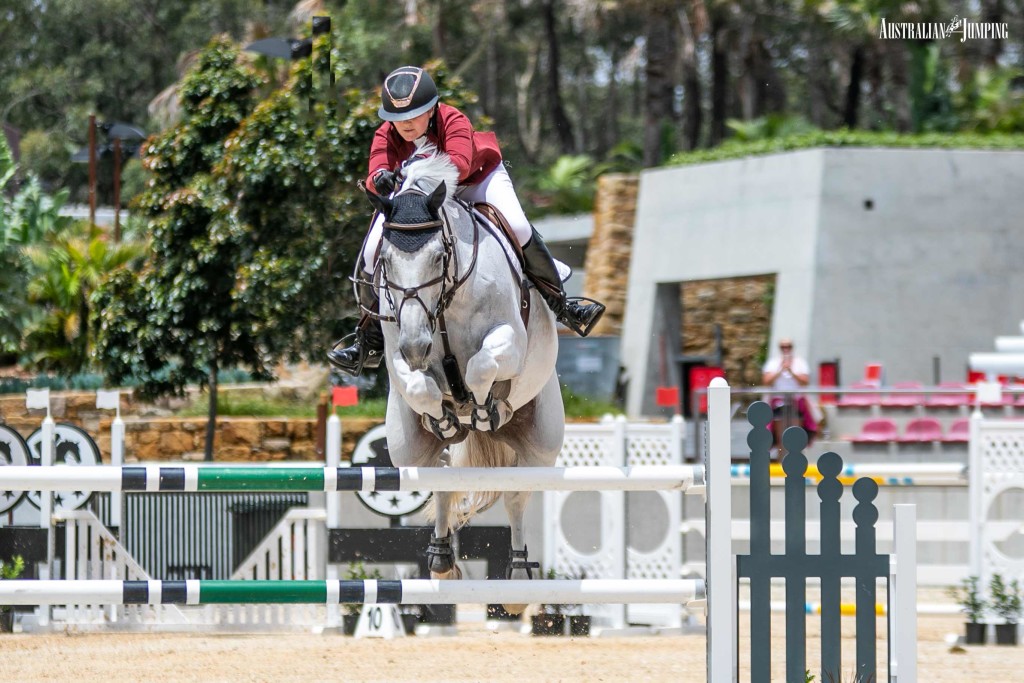 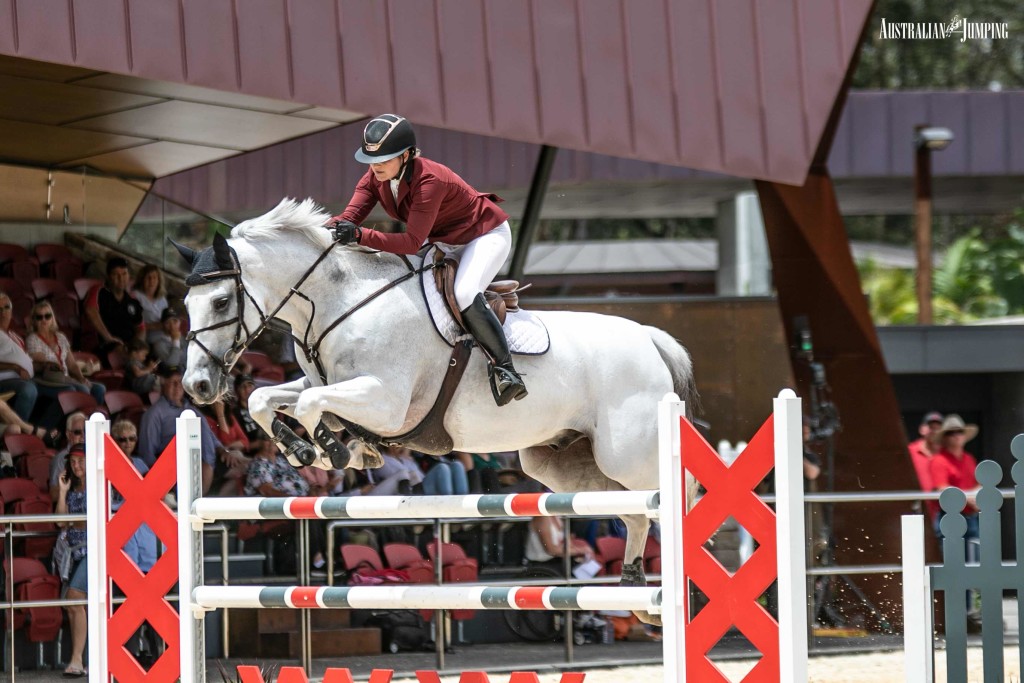 Based on their combined performance over the Willinga Park weekend Izabella Stone and Bandito were declared the Most Successful Mini Prix Riders. 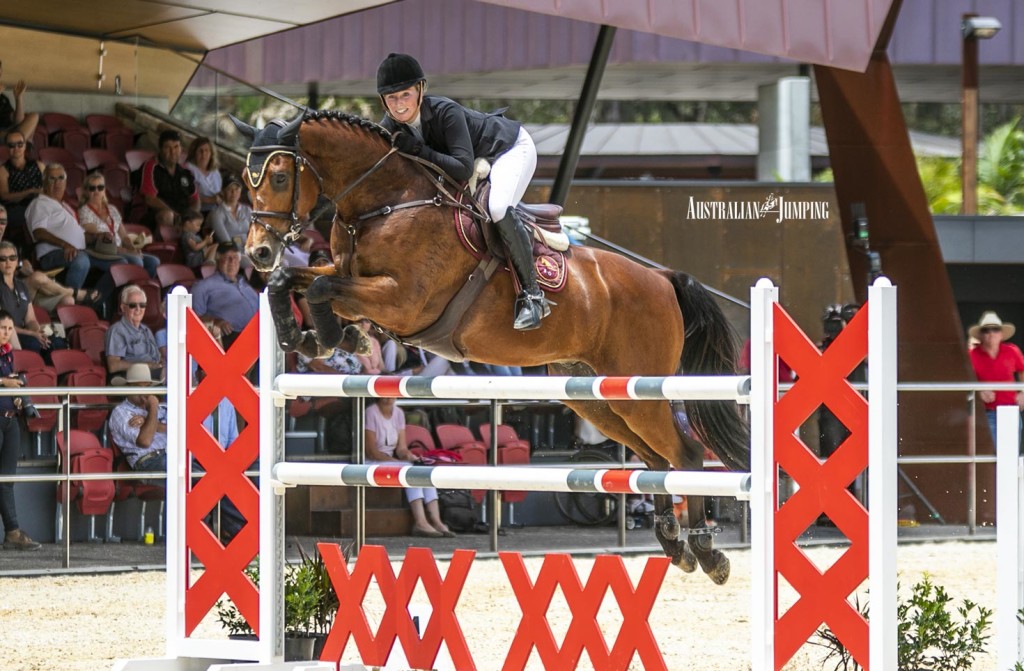 The third final to be decided today at Willinga Park was the Amateur class. Damien Churchill and Franklins Peace (current NSW Amateur Champions) entered the weekend as the strong favourites, however it didn’t all go to plan.

The first class held on Friday morning was Round 1 of the Amateur competition for the weekend, with the top six placings listed below.

Somewhat surprisingly, Churchill and Franklins Peace finished well down the leader board in nineteenth place after taking two rails.

Sunday’s Final provided great entertainment for the large crowd in attendance during the early part of the afternoon. A total of twenty-eight combinations took part in the class with seven recording clear rounds, the fastest of which was Guillermo Carballal and Remembrance in 54.74 seconds.

The top eight riders were invited to return for a jump-off which proved to be wonderful entertainment for the, at times, breathless crowd. Only two clear rounds were recorded in the jump-off. There was great excitement in the crowd as Stephanie Davies and Checkin Charlie delivered a double clear, however the fastest clear was achieved by the winners from Round One, Cale Rushton and Kirmington Casper who were declared winners of the Willinga Park Amateur Final as well as the Most Successful Amateur Rider title.

The top six placings in the Amateur Final were as follows: 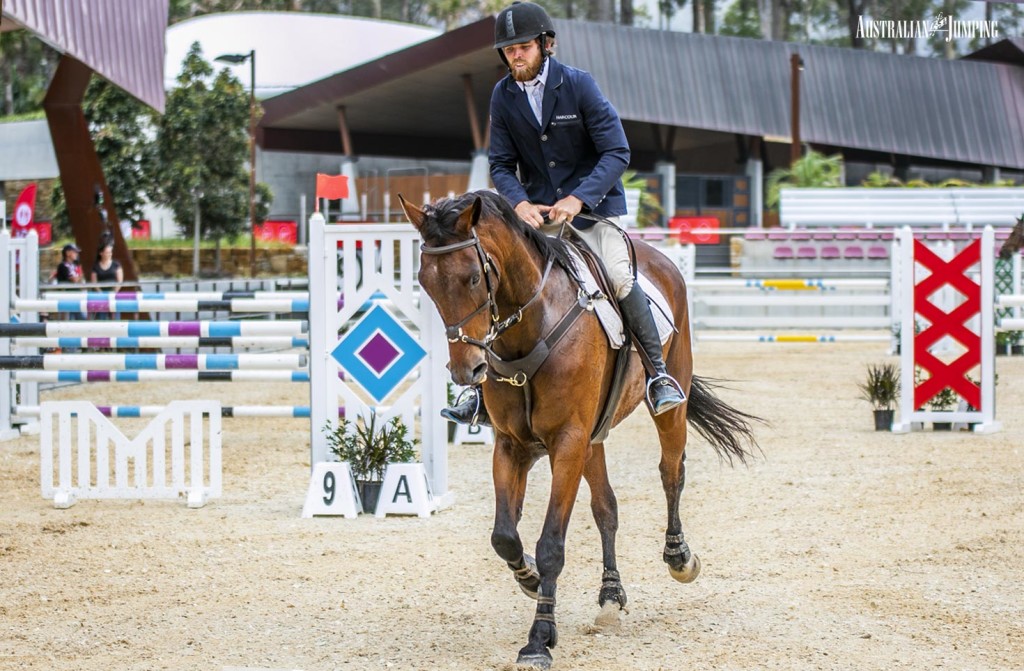 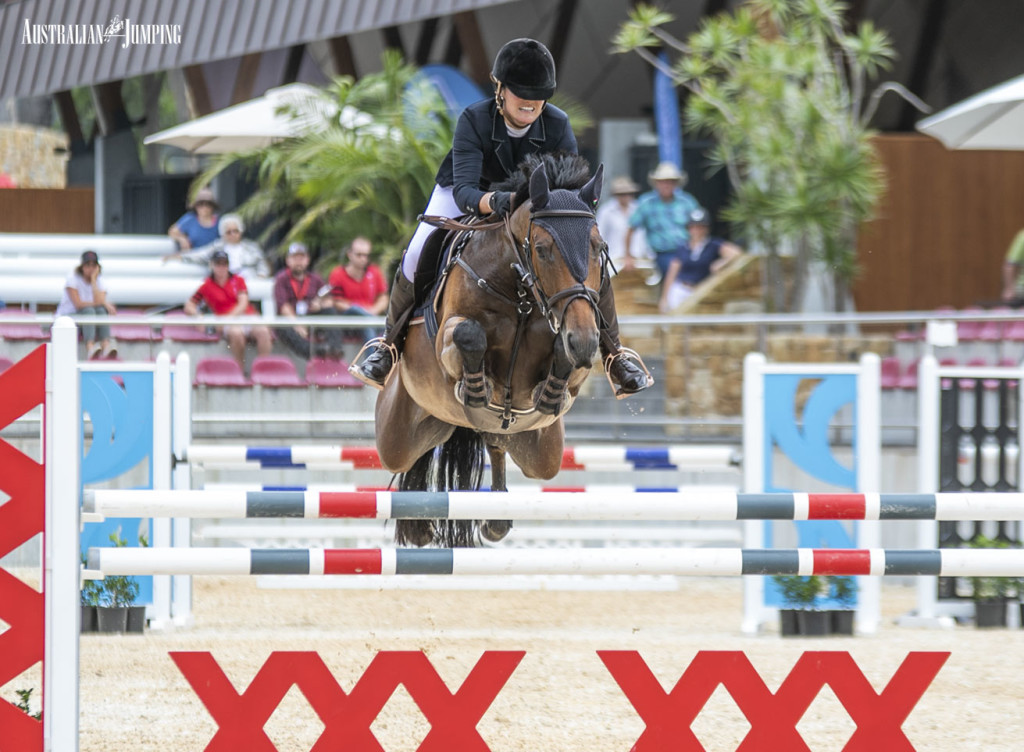 The final class at the Willinga Park Jumping Grand Final was the final of the Young Rider Championship.

The top six placings in the First round of the Young Rider Championship were:

A total of thirteen combinations took part in the Young Rider Final on Sunday with just five recording clear rounds, the fastest of which was Erin Buswell and Quero Quero in 57.41 seconds. The top eight combinations were asked to return for a jump-off which proved to be scintillating entertainment for the remaining crowd.

Only two combinations managed to record double clears and the fastest of these was Brooke Langbecker, in her last ever ride as a Young Rider, and Beijing LS La Silla. 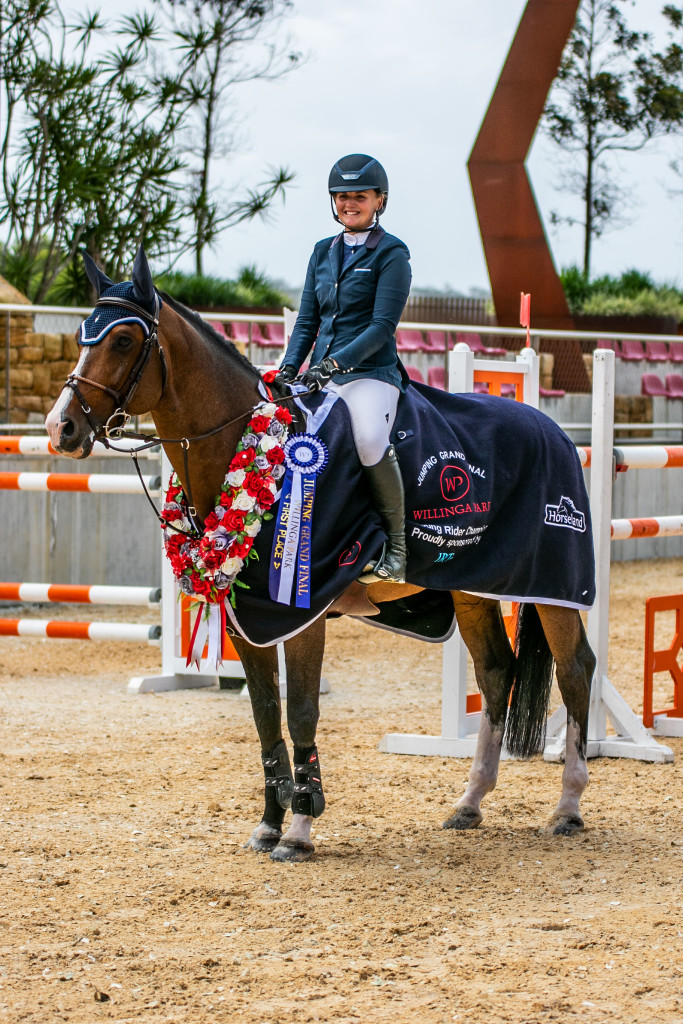 The top six placings in the Young Rider Final were as follows:

By virtue of finishing in third and second positions this weekend Jamie Priestley and Kolora Stud Optimus took out the Willinga Park Most Successful Young Rider Title. 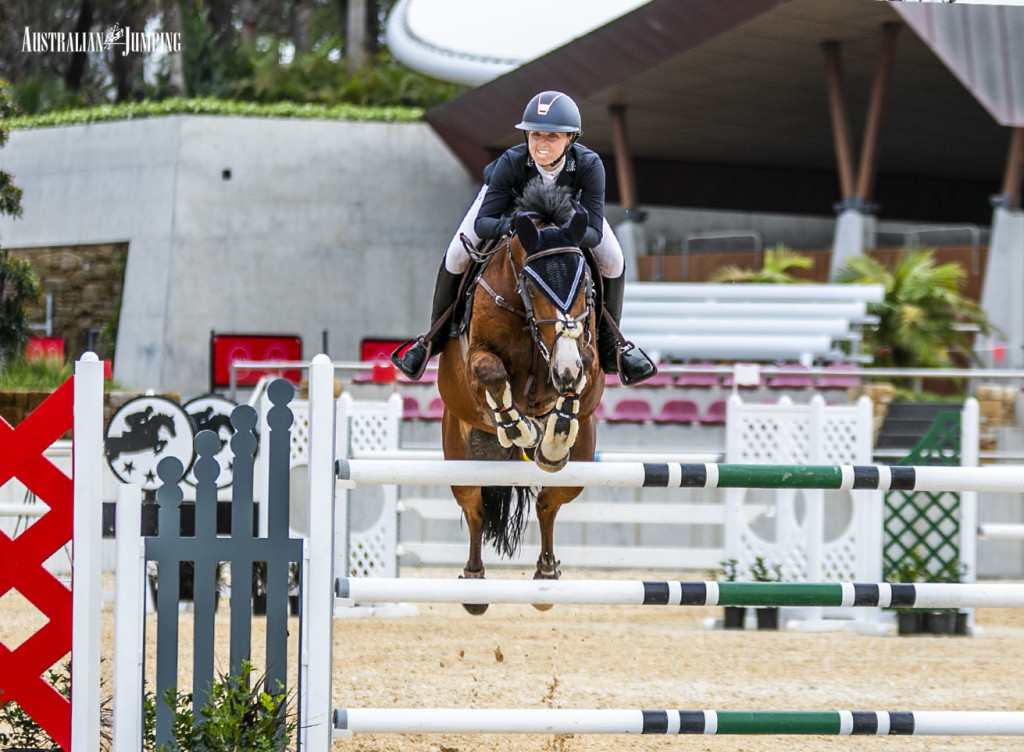 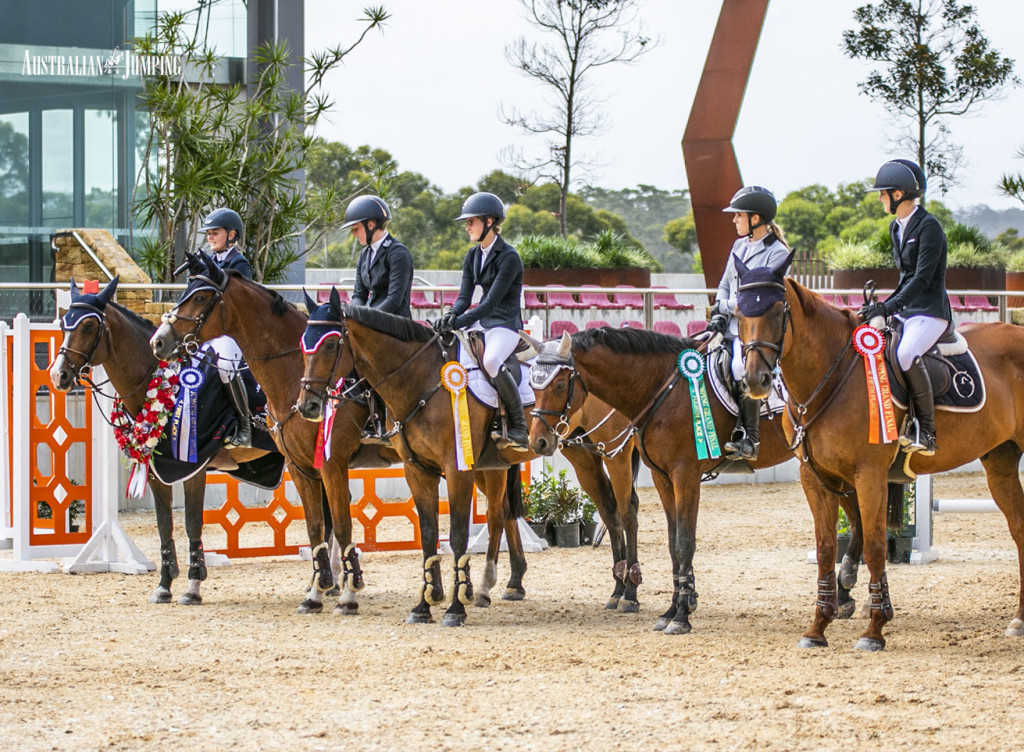