James Arkins and Eurostar take out Penultimate event at EQUITANA 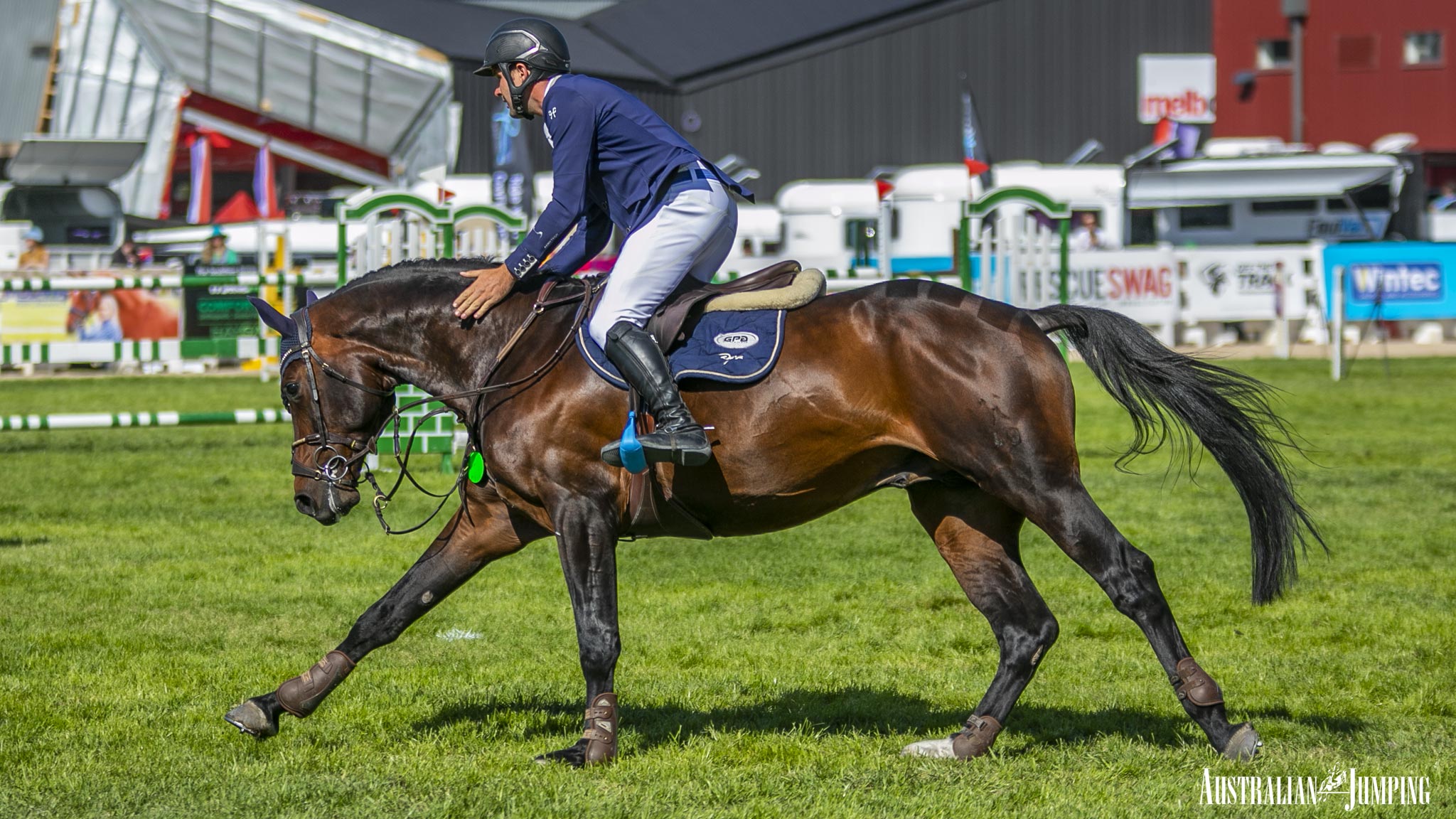 The Fibre Fresh Jumping (1.30m) in the Rowville Competition Arena under beautiful blue skies at EQUITANA Australia warmed up the crowd early this afternoon, ahead of the Horseware Australia Grand Prix Jumping later in the day. Twenty Five combinations tackled the Gavin Chester designed course for the penultimate jumping event here at EQUITANA 2018. The time allowed in Round 1 (80.00 seconds), caused a few problems early in the competition, with the 9th combination out (Clay Simmonds and Oaks Calypso) giving us the first clear round in a time of 77.07.

Tom McDermott and Yalambis Fair Diamond VDL were the next combination to go clear in the fastest time so far of 76.12 seconds, although this was soon eclipsed by the next out James Arkins and Eurostar (75.21). Arkins’ clear round proved to be the final one in Round 1, leaving us with eight combinations to battle it out in the jump off. 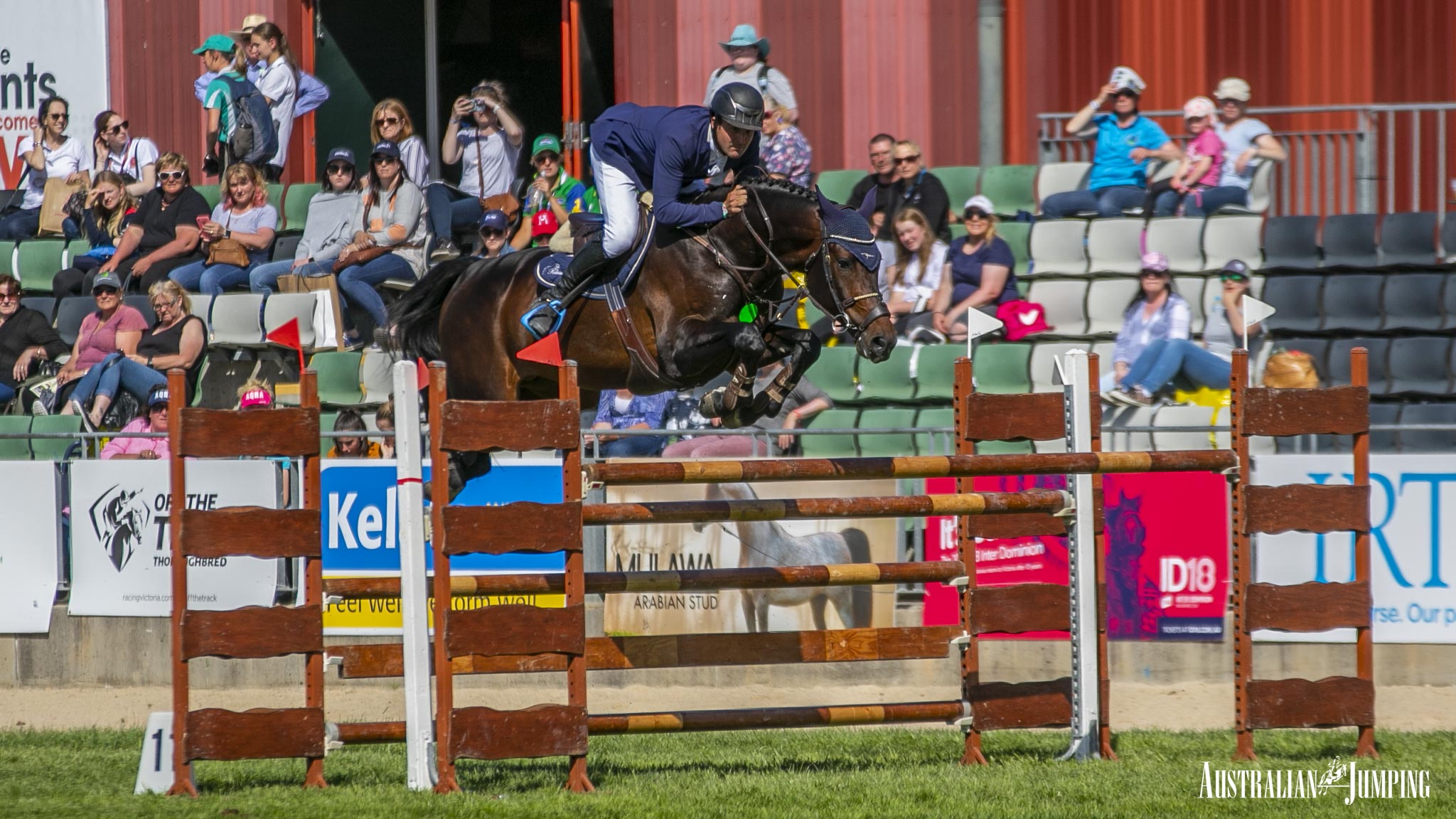 The jump off was a hotly contested competition, with Katie Laurie and McCaw MVNZ jumping the first clear in time of 41.03 to set the benchmark. Jamie Winning-Kermond and Yirrkala Pippi Longstockings were also clear but in a slower time of 47.49. Chris Chugg and KS Queenie were next out, and as usual he demonstrated his skills by picking some great lines to come home clear in 39.73 and take the lead at that stage. 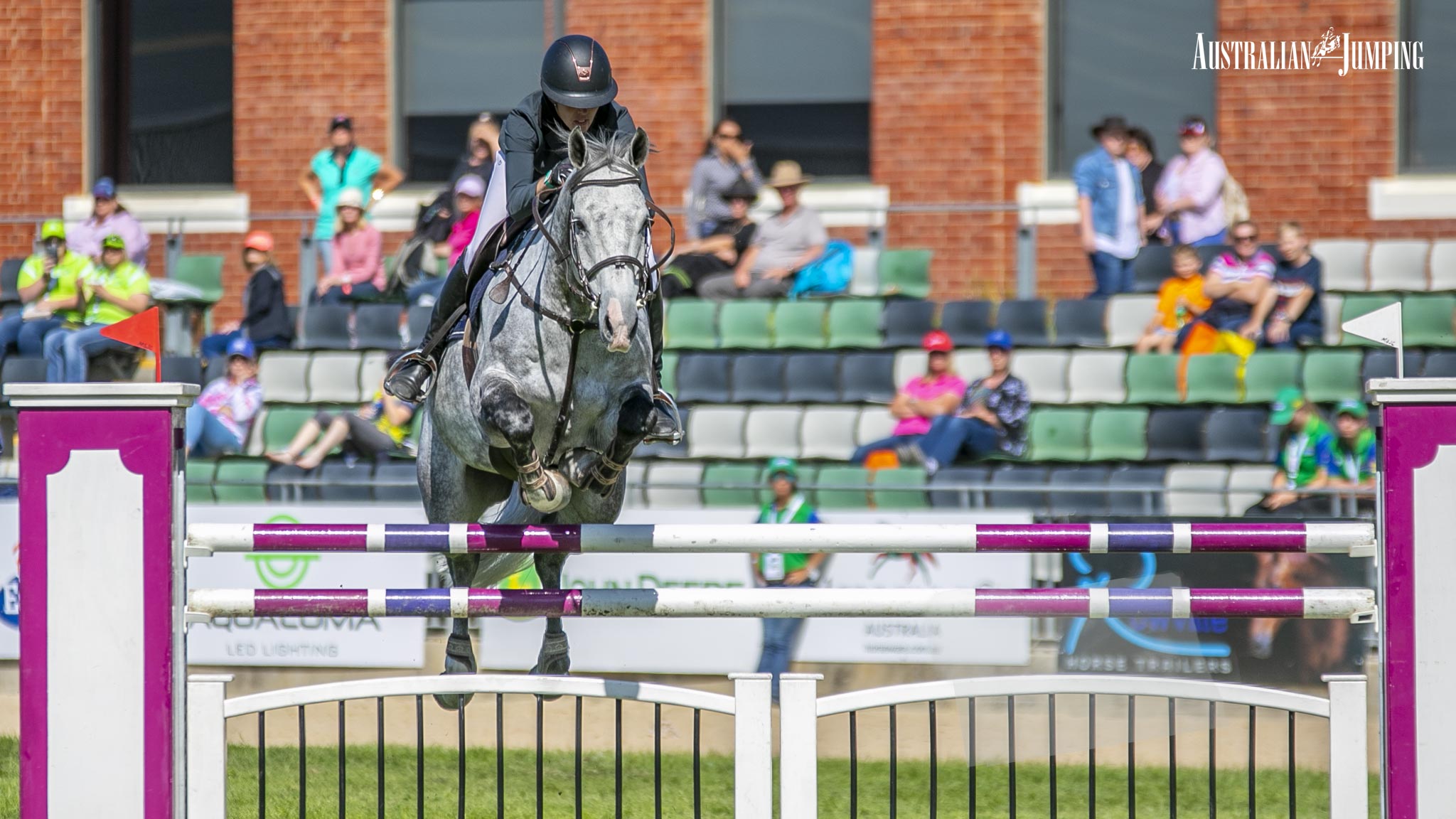 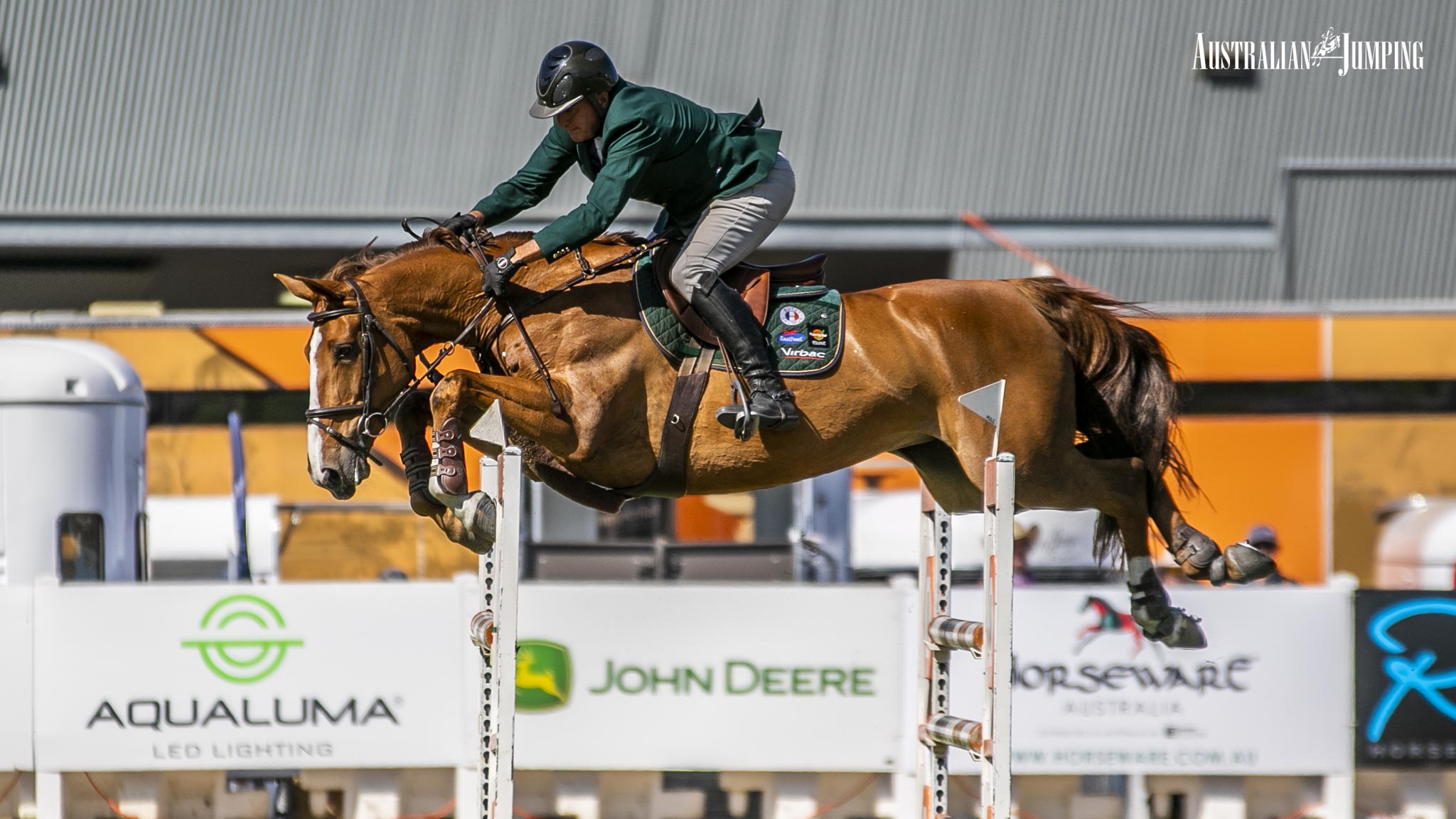 Brooke Langbecker and Beijing LS La Silla had a lovely round but could not beat Chugg’s time, coming home in 44.89 seconds. It all came down to the final combination – James Arkins and Eurostar. We knew Arkins would have a crack at beating Chugg’s time – and beat it he did – just!  So the class went to James Arkins and Eurostar with a double clear in a winning time of 39.56 seconds. 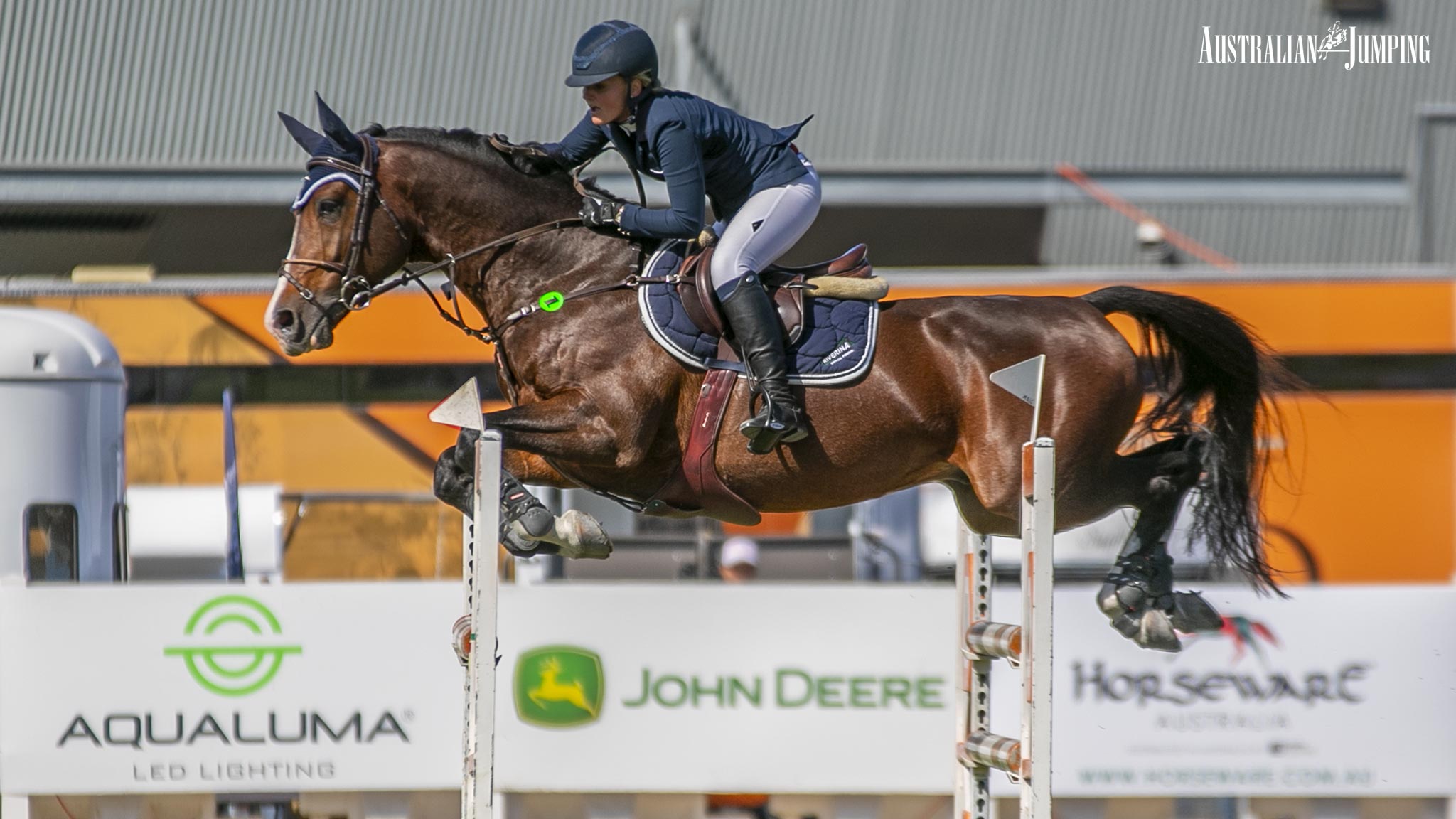 The top six combinations for the 1.30m Fibre Fresh Jumping are listed below and full results can be downloaded HERE.