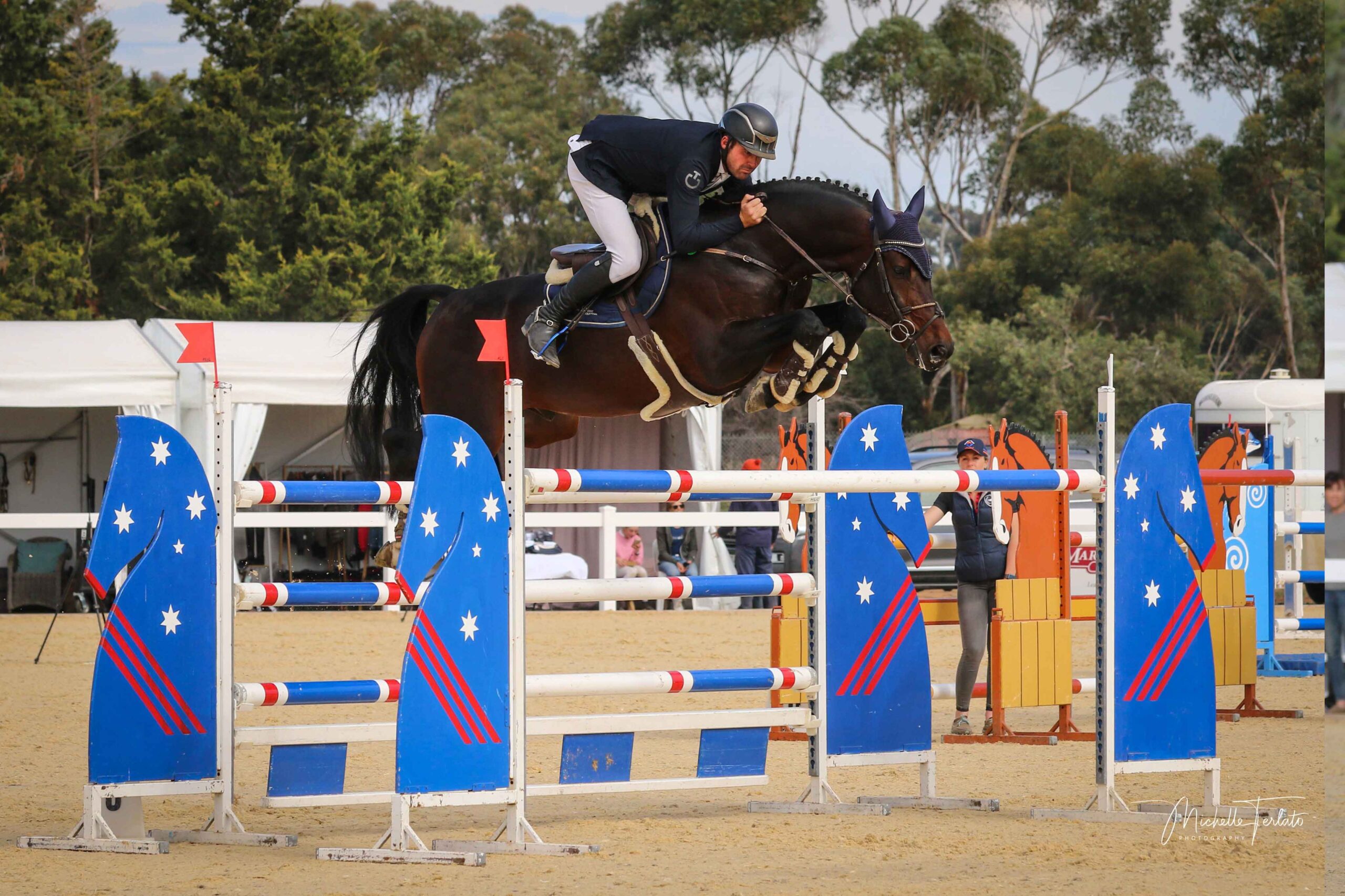 Glenwood Park were the sponsors of the Victorian Junior Championship, done so in memory of Dreamtime Invader. Toddy, as he was known at home, sadly passed away recently. Ridden by James Arkins with great success in his early days, Toddy spent his latter years at Glenwood Park as a much loved member of the Dobbin family and was a great equine partner for Charlee Dobbin with their successes including a third placing in the 2019 Australian Children’s Championship.

The final round of the Glenwood Park Victorian Junior Championship was won by Lucy Locke and Diamont, which, when combined with their second placing in Round One and their win in Round Two saw them awarded the Victorian Junior Championship. Second place in the final round went to Zoe Waller and Bequest, who were the only combination to beat Locke this weekend, by winning the first round, however an 18th placing in Round Two put a dampner of their title chances. 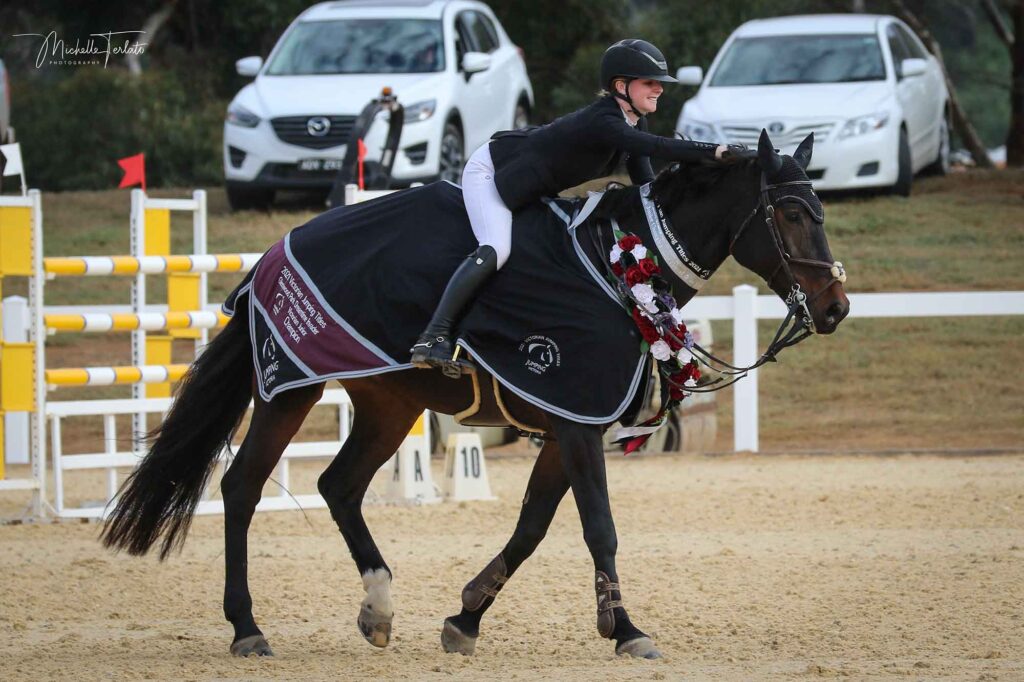 The final round of the Tri Flexx Victorian Young Rider Championship was dominated by Anneliese Wansey filling first and second placings. A double clear effort on Kolora Stud St Patrick saw this combination take the win, while just a single time penalty on Aveden Indigo relegated this pair into second. However, it was not enough to take the championship title. The NSW based pair of Jess Rice-Ward and CP Southern Cross, were rewarded for their consistency and crowned Victorian Young Rider Champions. Rice-Ward, who did not win any of the three rounds, finishing third, second and then fifth, was able to capitalise on the inconsistency of her competitors, especially Wansey and Kolora Stud St Patrick, who despite great wins in rounds two and three, could not make up for the lost ground their 13th place in Round One created. 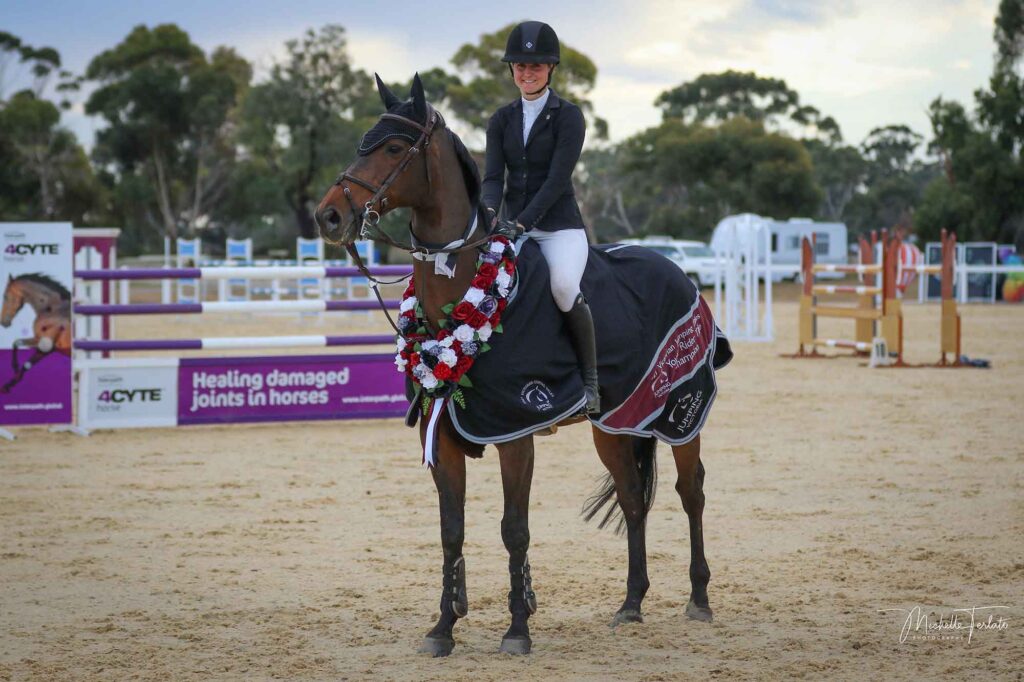 The final round of the Martin Collins Australia Victorian Senior Championship was won by Jamie Kermond and MS Galliano, with the only double clear performance of the field, however, it was not enough to take the championship title. That honour was bestowed on James Arkins and Eurostar who followed up their win in round two, with a second placing behind Kermond in the final round. For Arkins and Eurostar, the 2019 Australian Mini-Prix champions, it was a breakthrough win at this level, after their recent strong performances in the first world cup qualifier of the season, here at Werribee in March (fourth place) and being named the best performed Section 2 horse at Sydney Royal last month.

Congratulations goes to all the winners and placegetters over the course of the show.

Below is a list of the first six placegetters in all classes conducted yesterday.

Results sourced from www.equussentials.com and the Jumping Victoria Facebook Page