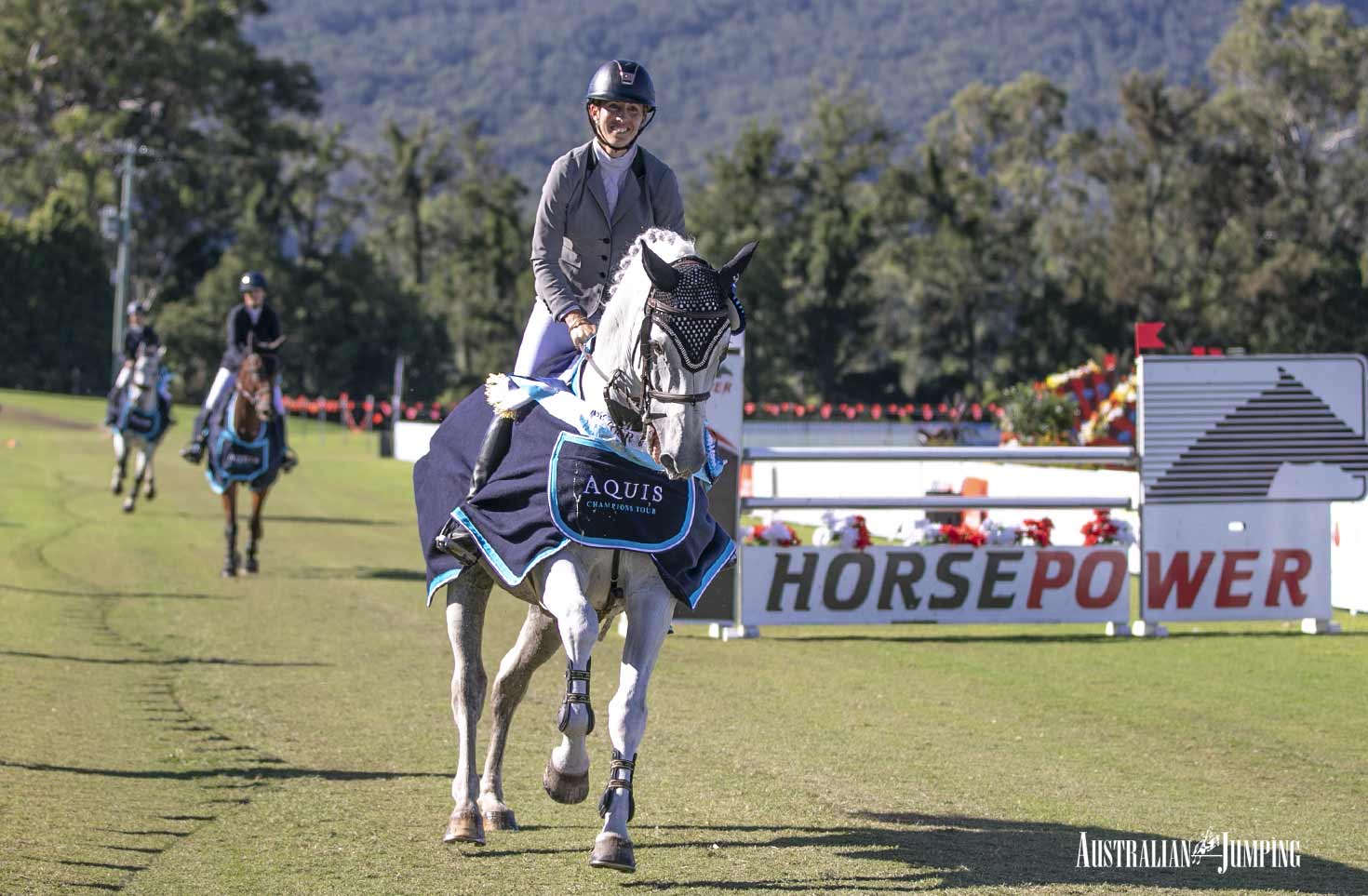 The highlight of the Aquis Champions Tour, The Horsepower Aquis Gold Tour Final, was decided today under glorious Queensland sunshine, at the Elysian Fields equestrian complex. With $130,000 prize money to be shared among the top ten placings, and $40,000 for first place, this is the richest event on the Australian Jumping calender.

After two qualifying rounds, only the top 30 ranked combinations made it through to the final, representing the crème of Australian Jumping, along with a couple of New Zealand’s best thrown in.

The course, designed by German expert Klaus-Wilhelm Holle, was certainly a testing one. It was both high and long, with the fences set at 1.60m and a time allowed of 94 seconds.

A large, enthusiastic and at times, noisy crowd thoroughly enjoyed the action, especially the exciting jump-off. After a rousing rendition of the National Anthem, the action got under way.

With the field coming out in reverse order based on their qualifying class rankings, some of the early combinations struggled to make an impression and the arena crew were kept busy. It wasn’t until the seventh combination out, Gabrielle Kuna and Cera Cassiago, that we saw our first clear. The current Australian Senior Champion combination of Amber Fuller and CP Aretino, were the next clear round, just slightly quicker than Kuna. It took until the combination that was out 22nd before the third clear was recorded. By the end of Round 1, there had been just six clear rounds, the fastest of which was achieved by Tom McDermott and Elegance De La Charmille in 87.91 seconds. 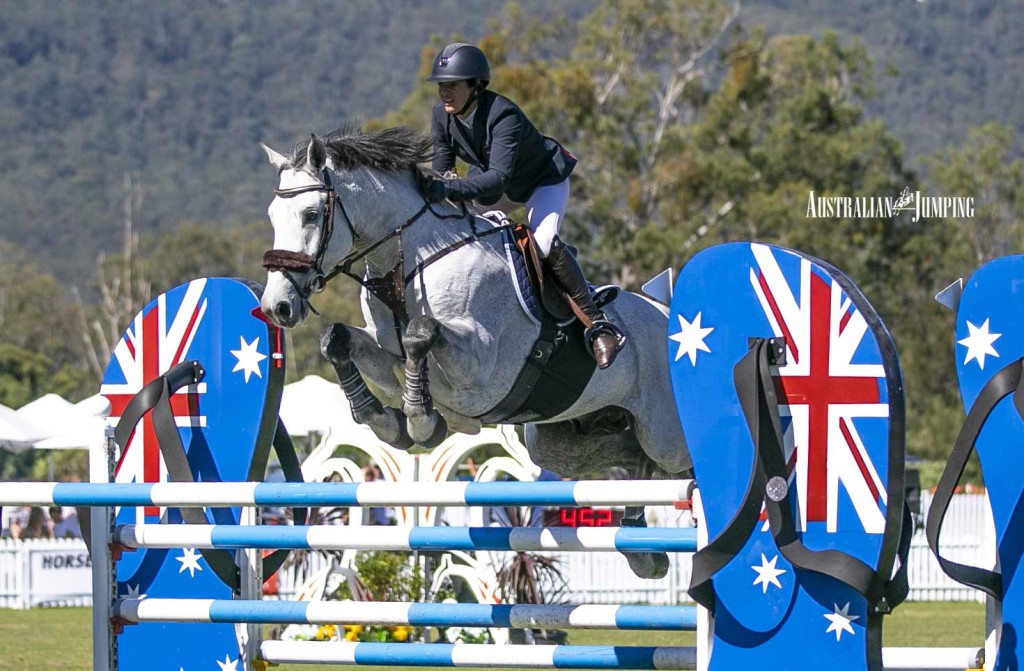 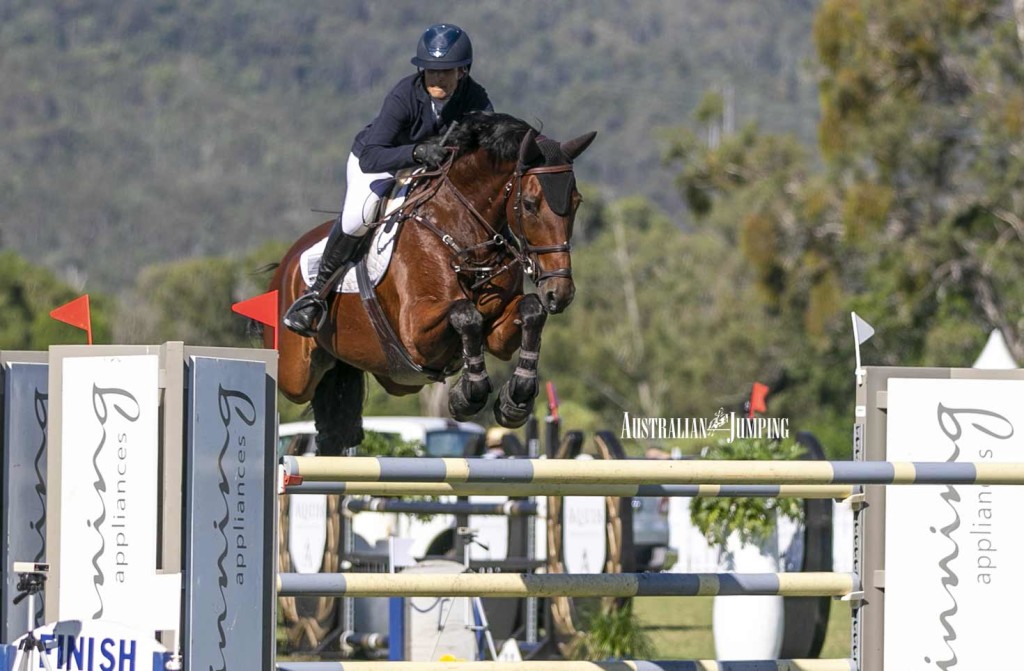 As this class was run under Grand Prix conditions, there needed to be at least eight combinations in round 2, so the judges decided that the 2nd round would comprise the six clear combinations as well as the six 4-faulters, who would carry their four faults into round 2.

The massive crowd waited patiently for the action to begin.

The first combination out in round 2 was Australian WEG representative combination of Jamie Kermond and Yandoo Oaks Constellation. They took a rail to take their total penalties to eight, which put them out of contention. Gabrielle Kuna and her beautiful mare Flaire were next, going clear to keep the pressure on those were clear in round 1. 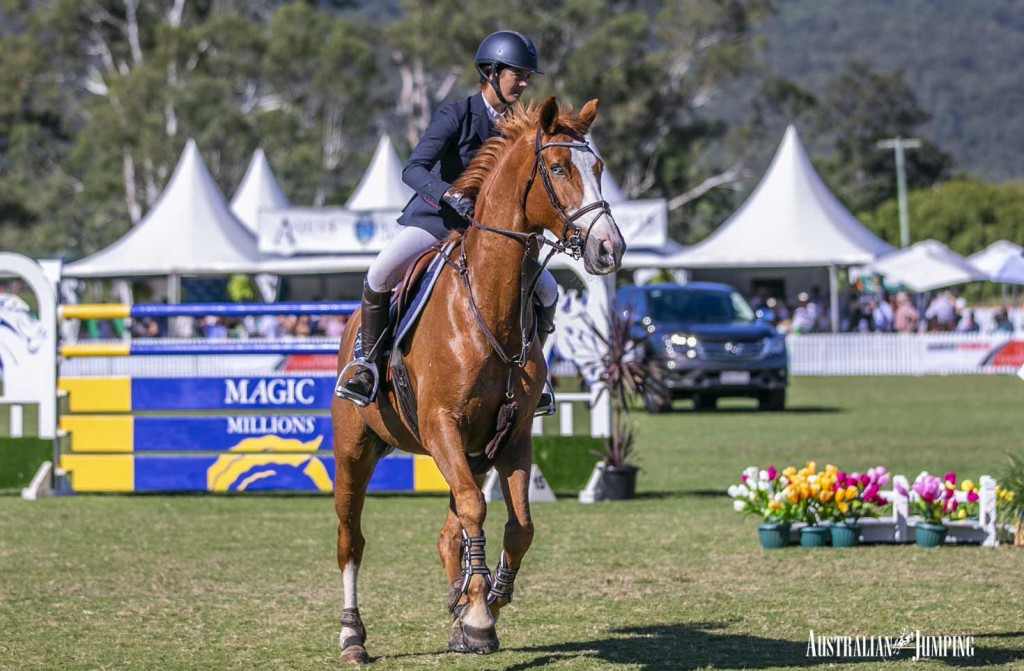 Next out, from NSW were Melissa Blair and Zidora. To rapturous applause, they completed a clear round, but with a slightly slower time than Kuna, they slipped into provisional second place. Another WEG representative was next; Billy Raymont, this time partnering with Anton. They took a rail at the second of the double to end on a total of eight. 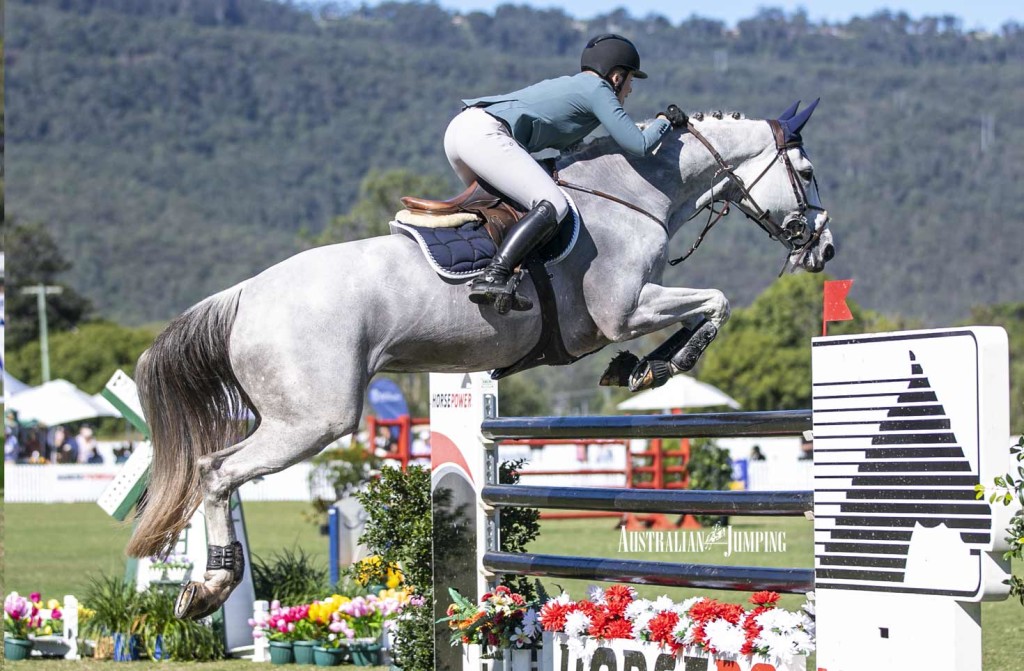 Next out was Young Rider Clay Simmonds and Oaks Castanza, who like Raymont before him, struggled at the double. Elliot Reeves and Aveden Indigo were next to go, however several rails and a refusal meant that today was not going to be their day.

At this stage, Round 2 was half way through and only two of the Round 1 four-faulters had been able to go clear to retain a realistic chance of winning. Now it was time for the Round 1 clears to show their stuff.

Next out was the combination of Gabrielle Kuna and Cera Cassiago who finished 9th in this event last year. They thrilled the huge crowd by recording their second clear round to sit alone in the lead with just five combinations to come. First to challenge her was Amber Fuller and CP Aretino, the 3rd placed combination in this event last year. They also went clear, but did so more than two seconds faster than Kuna to take over the lead. 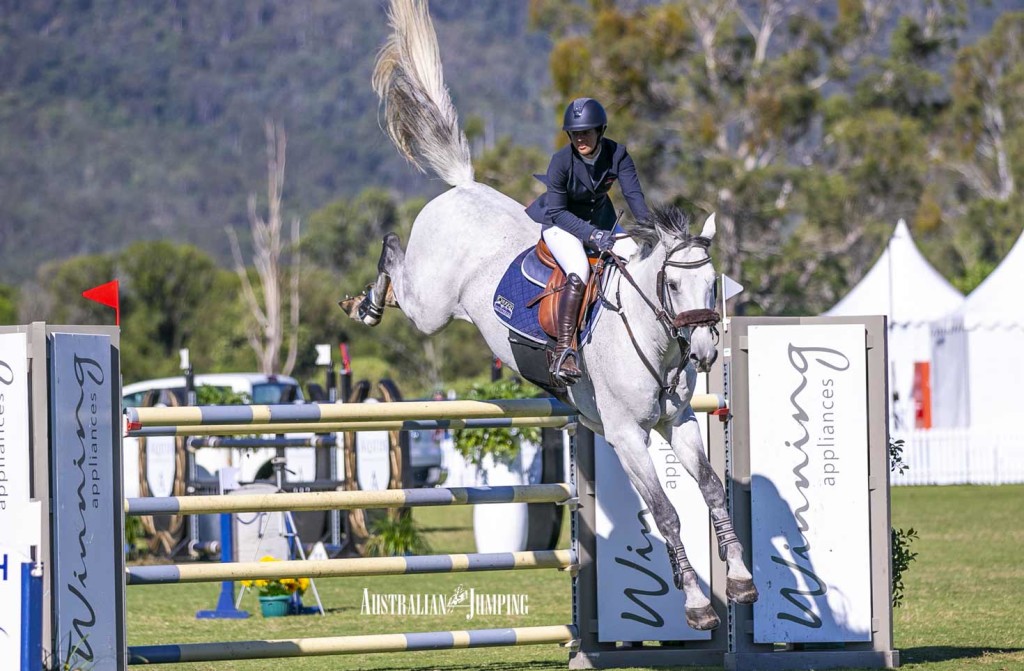 The 5th placed combination in last year’s Gold Tour, Katie Laurie and Casebrooke Lomond were next. They rode a magnificent round, going clear more than four seconds faster than Fuller, to set what looked at the time like an insurmountable benchmark with just three combinations to go.

Next out, Chris Chugg riding PSS Levilensky drew on all his experience and skill. They set a cracking pace around the track, but unfortunately for them, just clipped a rail at the double to put them out of contention for the win, despite beating Laurie’s time by more than two seconds. 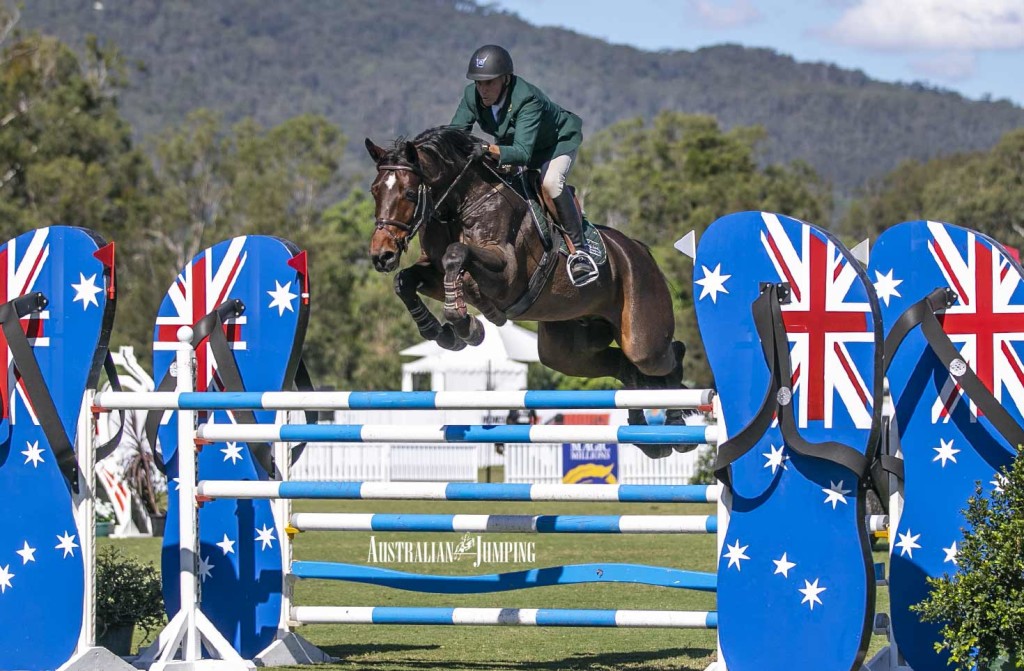 The penultimate pairing was Merrick Ubank and Alantinus, winners of this event last year. They handled the pressure in 2018, but the question was, could they do it again in 2019. Like Chugg before them, they attacked the course, but the pace was too much. A rail was taken and although the time was fast, they had to settle for fourth placing at the best. 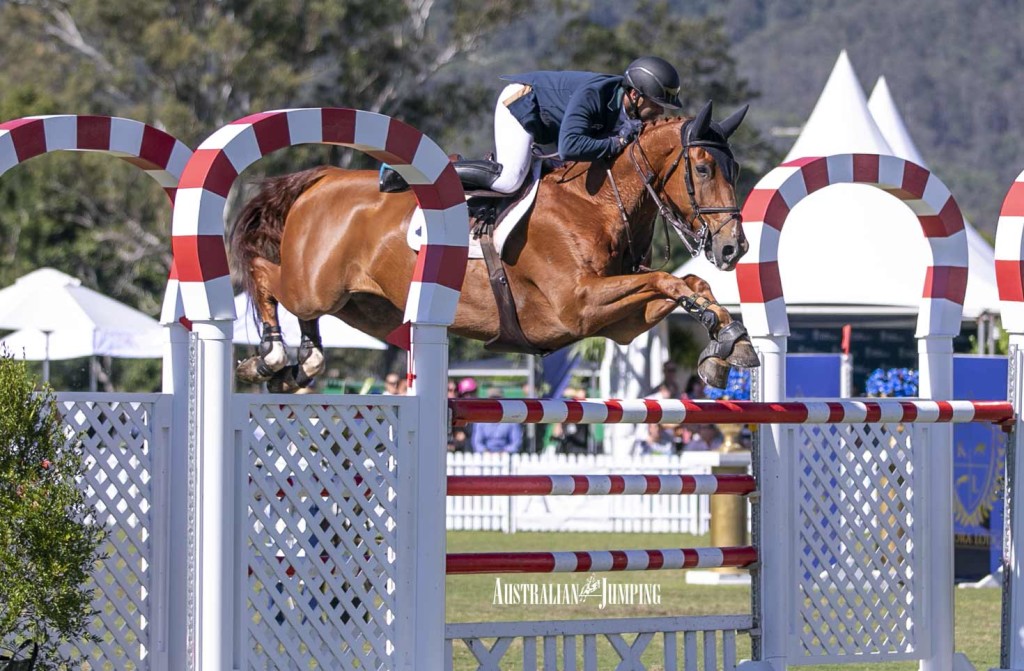 So it came down to the last combination, Tom McDermott and Elegance De La Charmille. They had been the fastest clear in round 1 but now had to be the fastest clear in round 2 to take the win. McDermott set out in his inimitable style fairly racing around the course and at the half way point all was looking good. Then things got a little out of control. Rails at successive fences meant he could not win, despite finishing in a time more than four seconds faster than the winner. 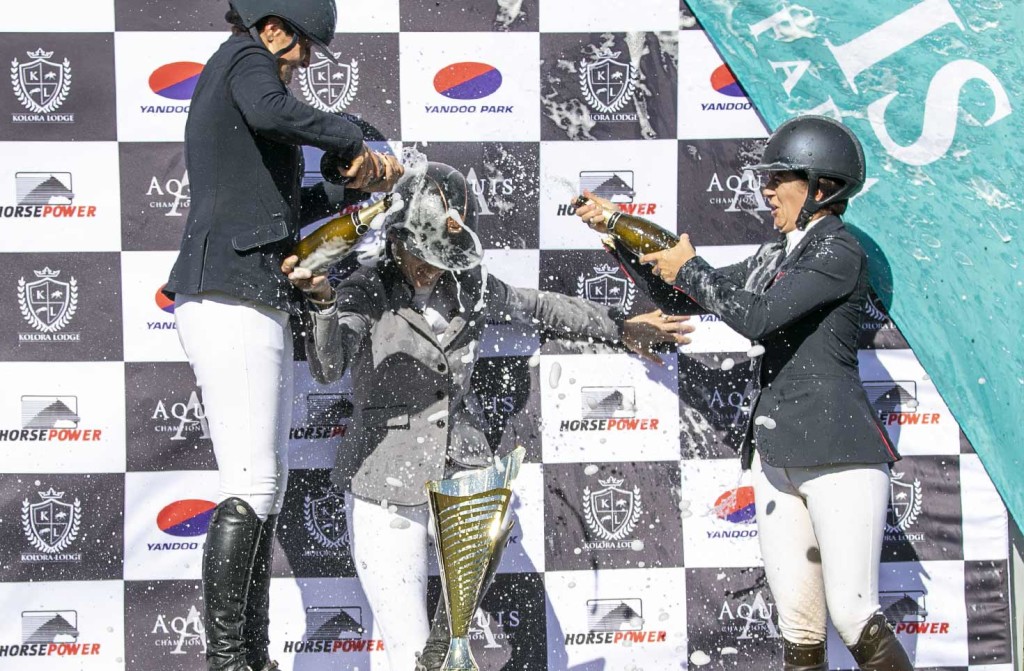 The top ten placegetters in this class were: