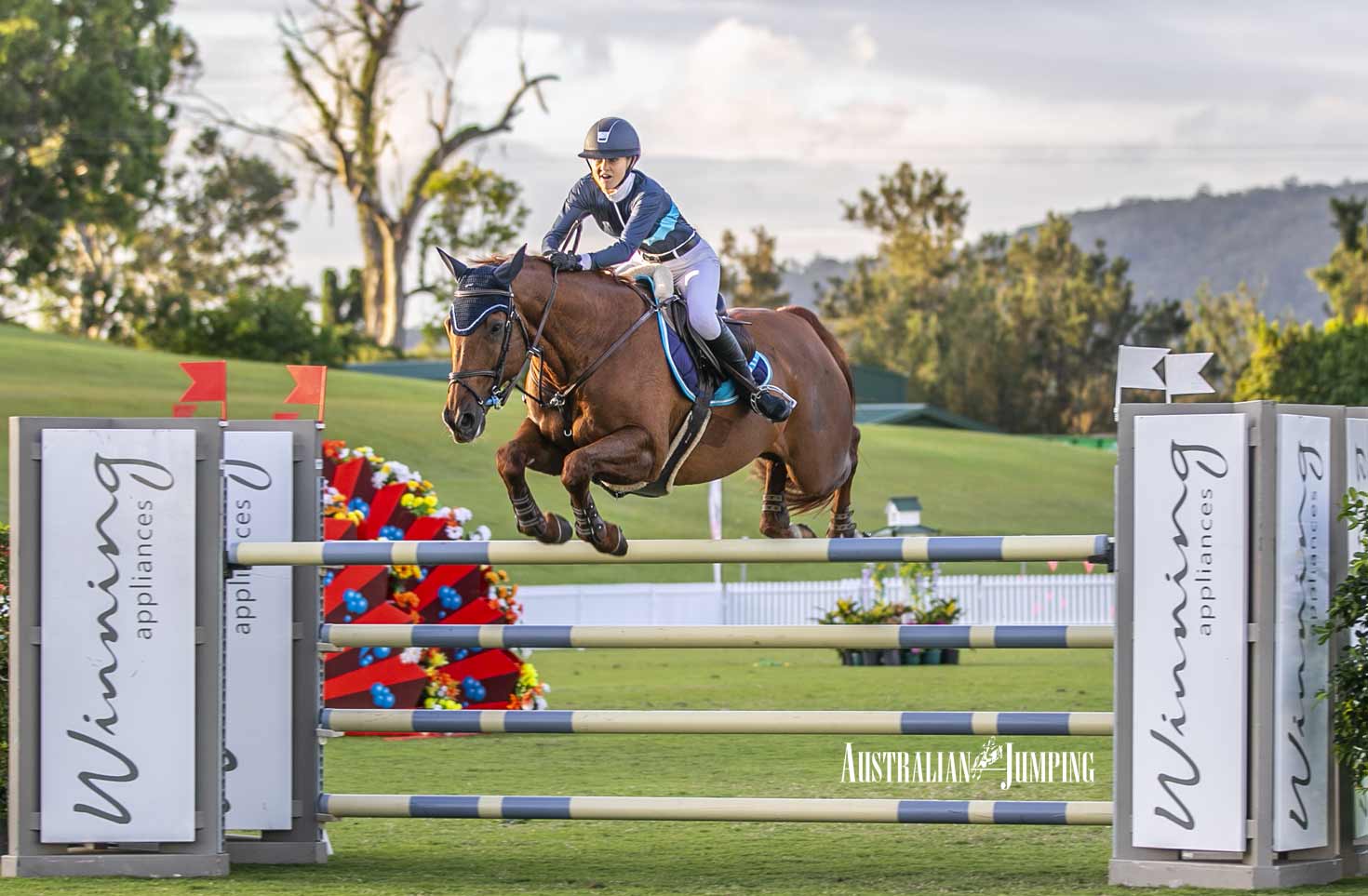 The final class on the Aquis Arena today was the 2nd Young Rider Tour Qualifier which also doubled as the Equestrian Queensland Young Rider Teams Challenge.

Thirty-one combinations joined the class with nine going clear in Round 1, the fastest of which was Tess McInerney and Alpha Centauri  in 77.50 seconds. 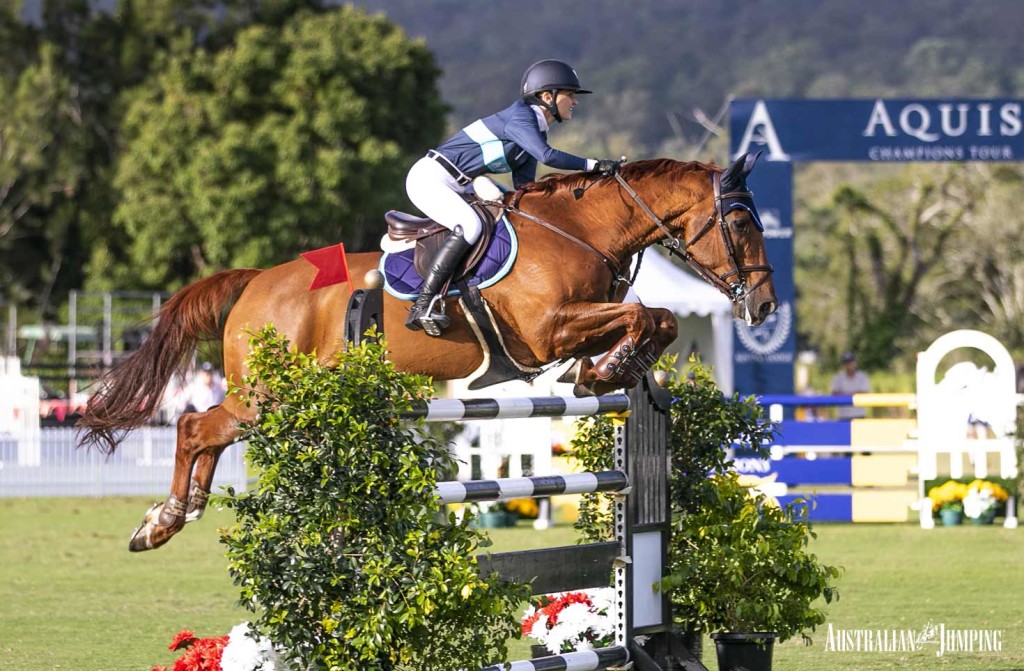 In the jump off, Amelia Douglass and Eyecatcher rode a magnificent round, with a push right to the finish line, to go clear in 48.19 seconds. 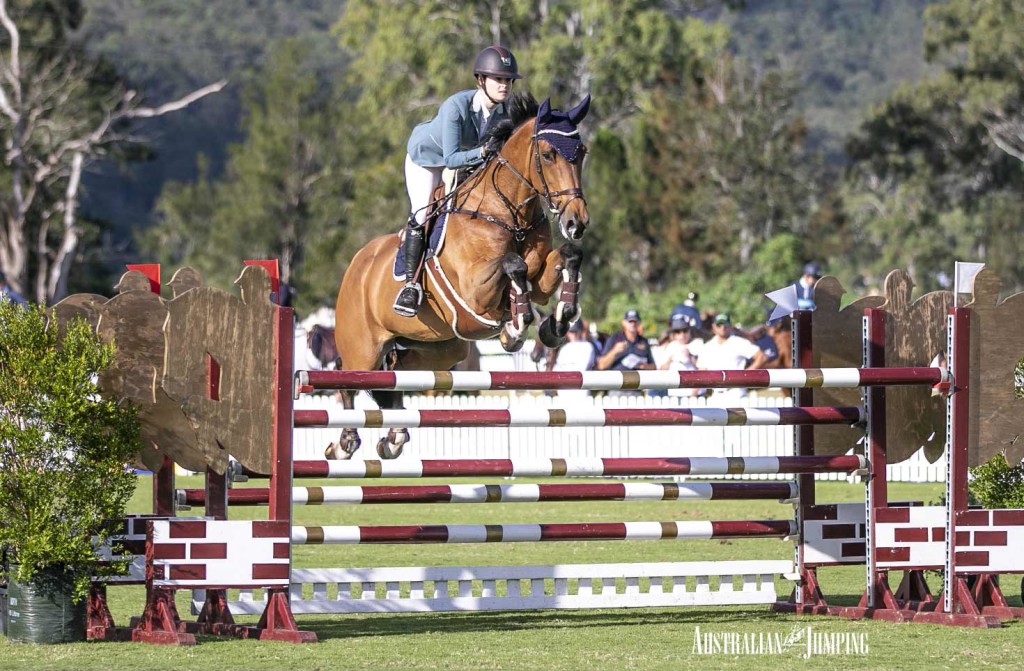 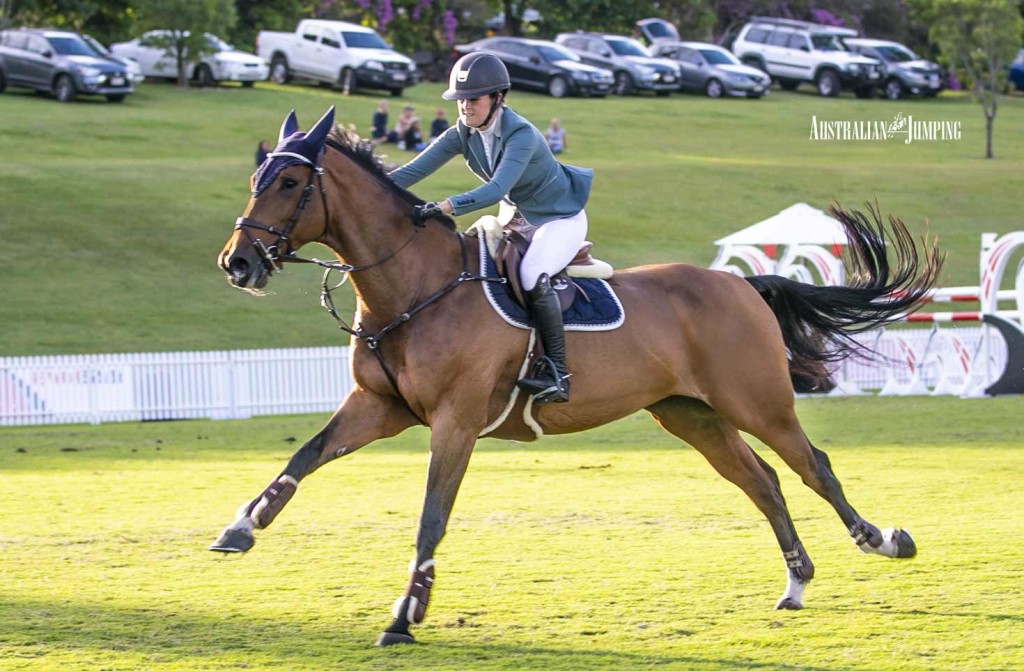 They held the lead for a long time until Tess McInerney and Alpha Centauri went clear in just 47.86 seconds to take the lead. McInerney was still in the lead when the last combination, Jamie Priestley and Kolora Stud Optimus entered the arena. Again, Priestley went clear, but just 0.1 seconds slower than McInerney. It was not enough to take the win, but it was enough to push Douglass into third and Jessica Tripp and Diamond B Verona into fourth. 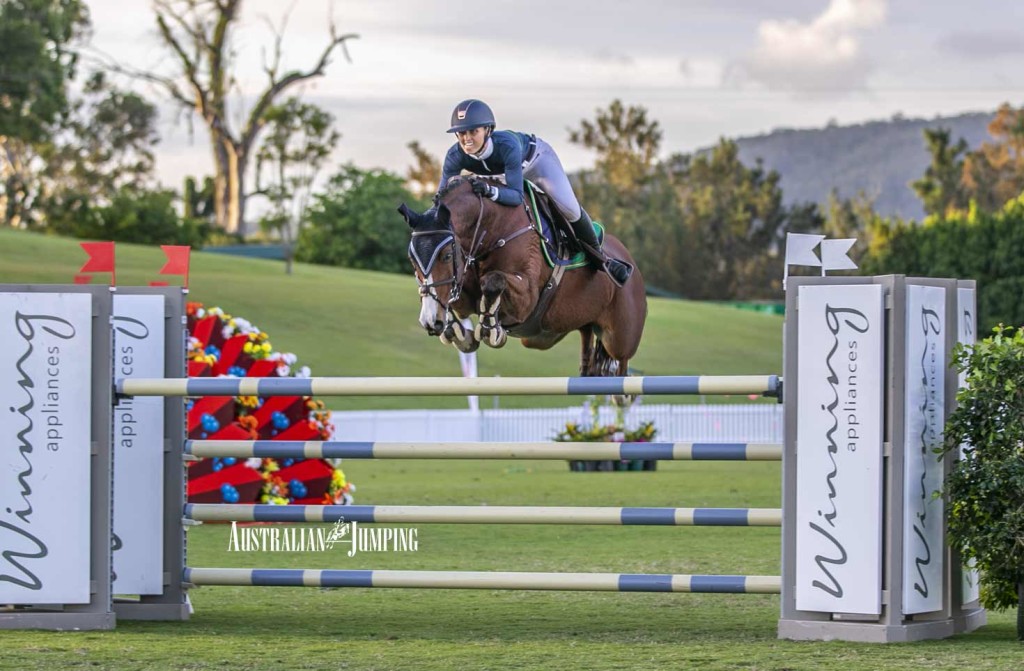 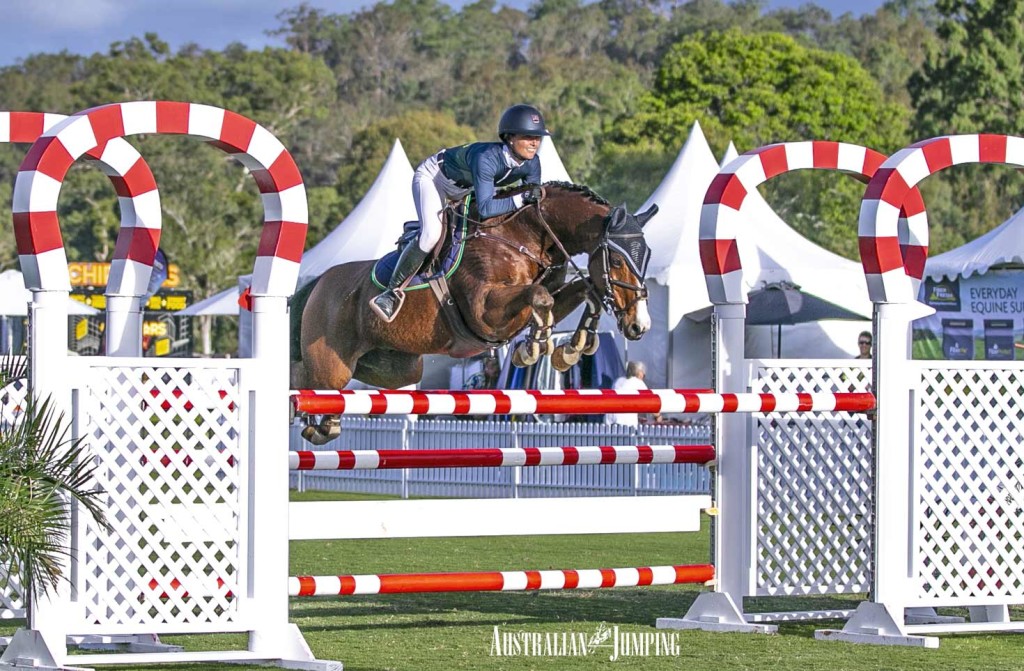 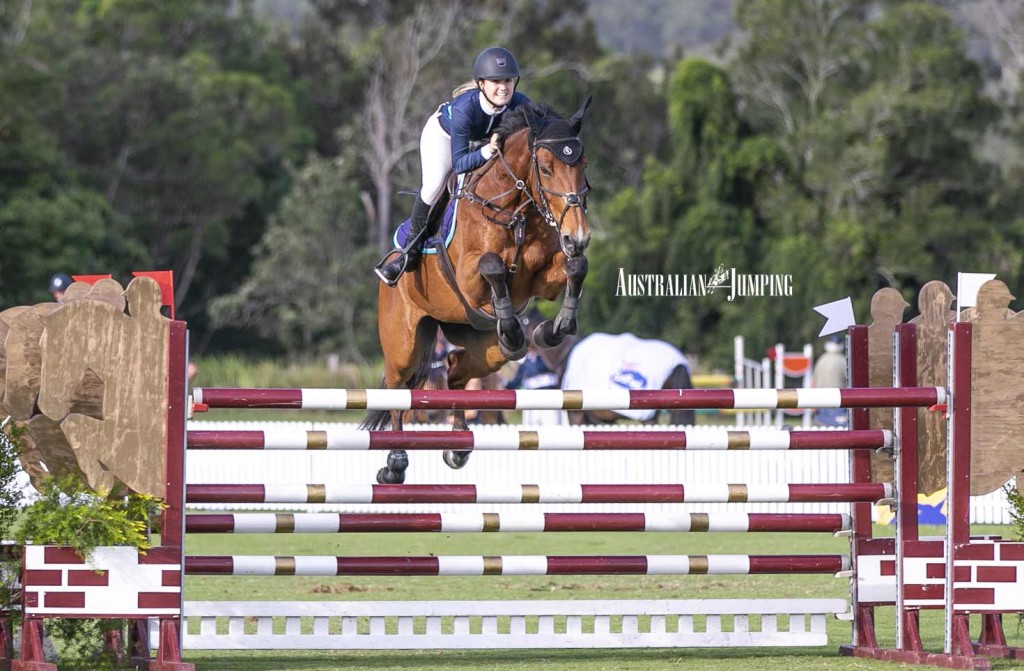 Jessica Tripp and Diamond B Verona

The winner would be the team with the fewest faults over two rounds. After the first round, Teams scored as follows:

With Team Australia and Team NSW locked together, they went into Round 2 with every ride of vital importance to the challenge outcome. As it turned out, at the end of Round 2, both Team Australia ans NSW were still locked on a total of 4 penalties each. To separate them times had to be taken into consideration. The times for each rider in the second round were added together to work out a team time, NSW were declared the winners as their team time was just on 2 seconds lower than that of Team Australia. Victoria were declared third. 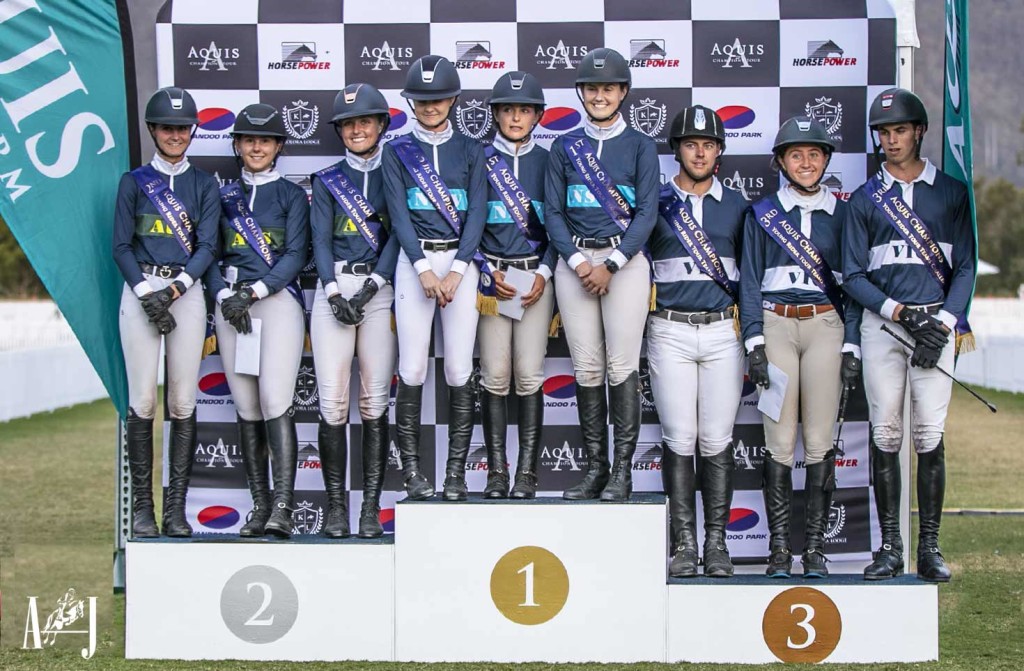 We look forward with great anticipation to the final of the Chatham Park Young Rider Tour, which is scheduled to be held on Saturday.