Sydney Maynard does us proud at Taiwan borrowed horse event 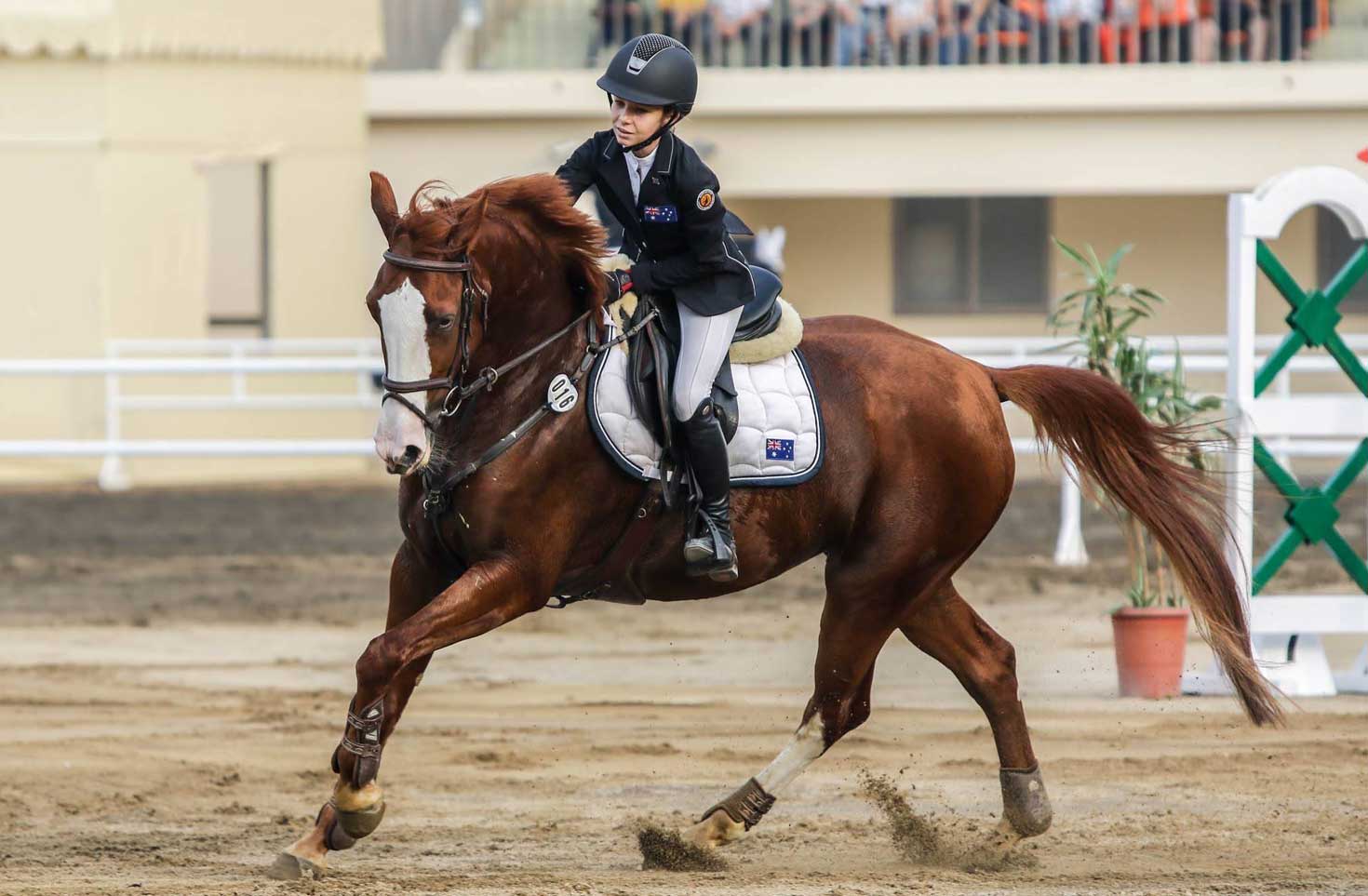 Sydney Maynard has recently come back from a whirlwind show jumping trip to Taiwan, where she competed in the Third Asian Equestrian Federation Junior Jumping Championship 2018, a borrowed horse event.

Her whole experience was awesome, from the moment she got off the airplane and was taken to the hotel.

The event kicked off with a horse draw, where the riders each put their hand in to a big ‘lotto-style’ mixer to randomly select their horse. Sydney drew a chestnut mare called Polo, a 5-year-old, 15.3hh warmblood, bred in Taipei.

All the friendly event organisers, riders and coaches from all over the world, had the chance to have a meet and greet, amid the excitement and anticipation of the upcoming competition.

On the Friday evening the participants attended a welcome dinner. All the riders were invited onto the stage to introduce themselves and were presented with a souvenir from the Chinese Taipei Equestrian Association. Following the introductions, everyone sat down to a very generous ten-course meal.

The next morning saw the first day of horse action starting early. A shuttle bus collected all the riders at 6:45am, taking them to the Houli Horse Ranch to check out the facilities, meet their mounts and have their first test rides.

Riders had to be adept at getting to know their mounts and surounds quickly. The test rides were just 45 minutes long, and the riders were allowed to jump only six fences before heading into competition.

“When I first got on Polo, she was a little hot and feisty, probably due to it being a new place for her too, but within 15 minutes she settled down and I was really happy with her.” described Sydney of her chestnut mount.

“She was a little bit inexperienced but was very forward and brave when jumping.” 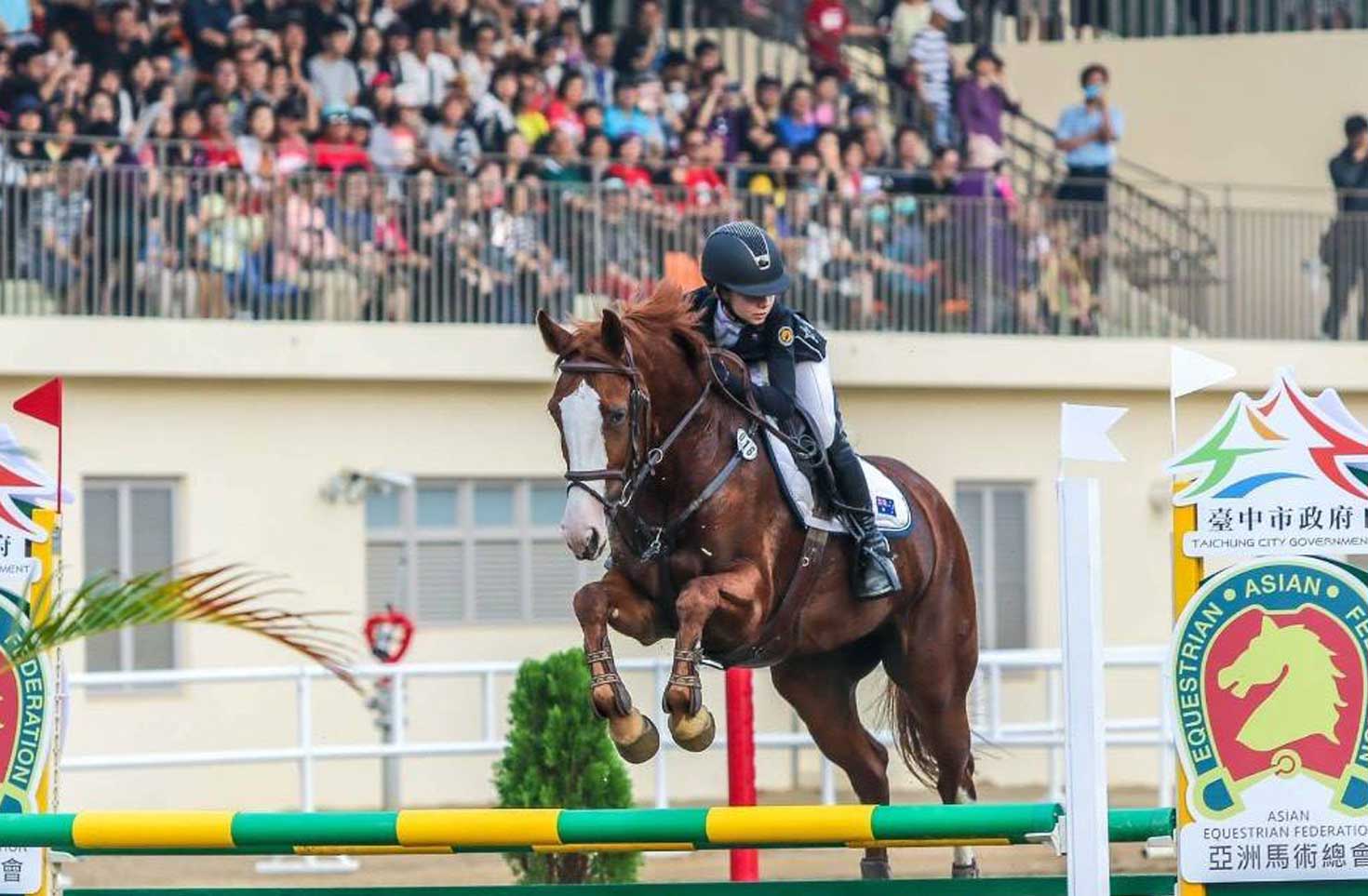 Upon completion of the test rides, the riders had a short break before the opening ceremony. Then finally, it was time for the course walk before the first round of competition commenced. Sydney was the 18th rider to go and, in true Aussie form, set the time to beat. After 24 clear rounds she held her position and won the class. 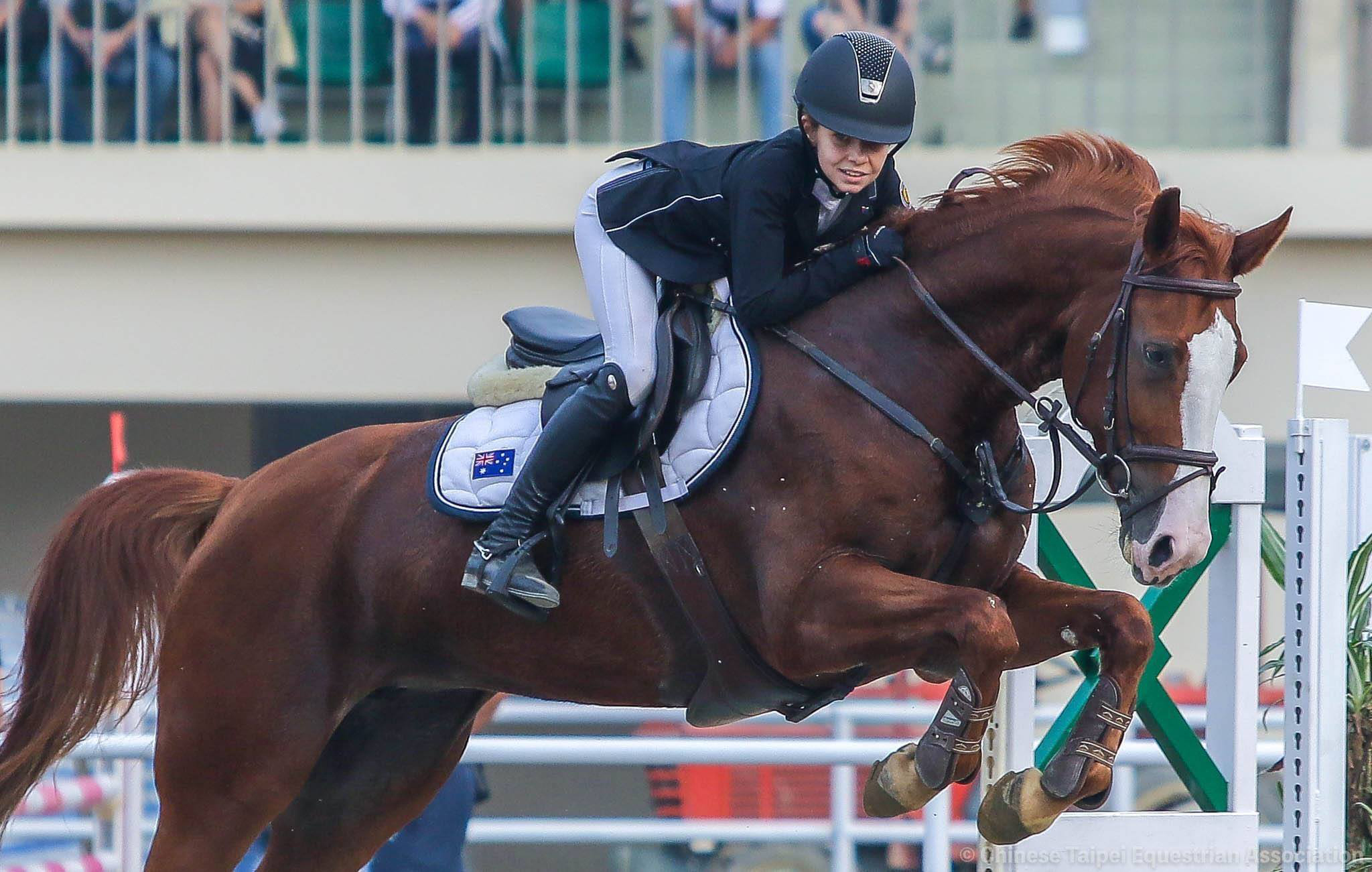 “I was very proud to win the first round for Australia.” she said.

In Sydney’s words “The prize giving was amazing”. Sydney was presented with a beautiful trophy and gifts of a saddle blanket, ear bonnet and jumping boots. 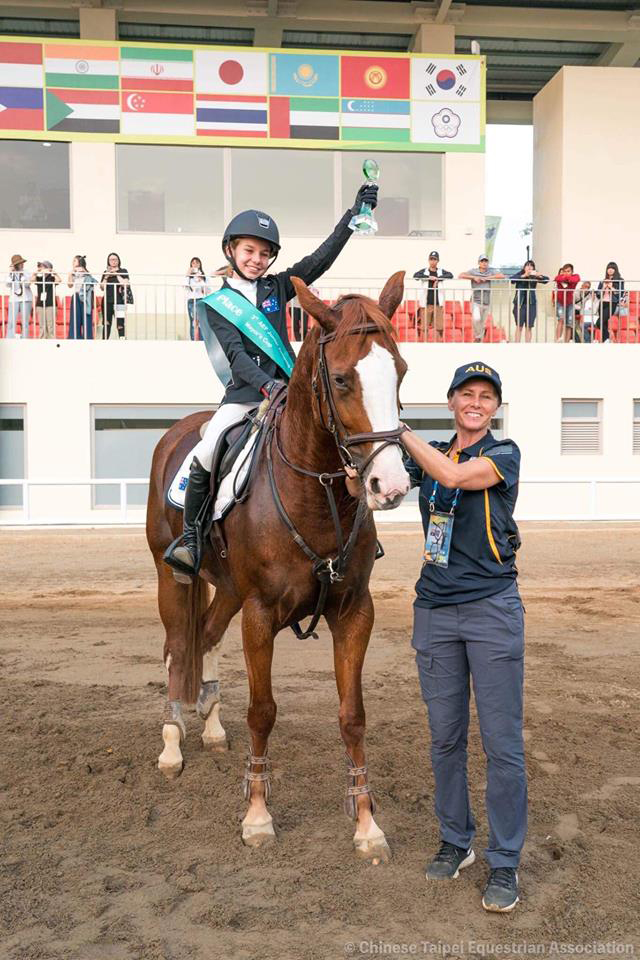 The Sunday competition entailed two rounds and a jump off. Sydney and Polo ran clear in the first round, but had an unlucky rail in the second round, which left them out of the jump off.

“I was really happy with how Polo jumped and thought our round was very good.” said Sydney.

At the end of the ridden competition, the riders and crew attended a farewell dinner, followed by a riders’ party.

Throughout the event, Sydney and her fellow competitors made new friends and shared experiences.

“Overall the whole experience was amazing. The event was really well organised, the staff were really friendly and helpful, the quality of horses was very good, they all were very rideable and jumped well.” Sydney shared.

“I don’t think anyone could have walked away with a bad experience and I hope one day I get another chance to ride in Taiwan.” 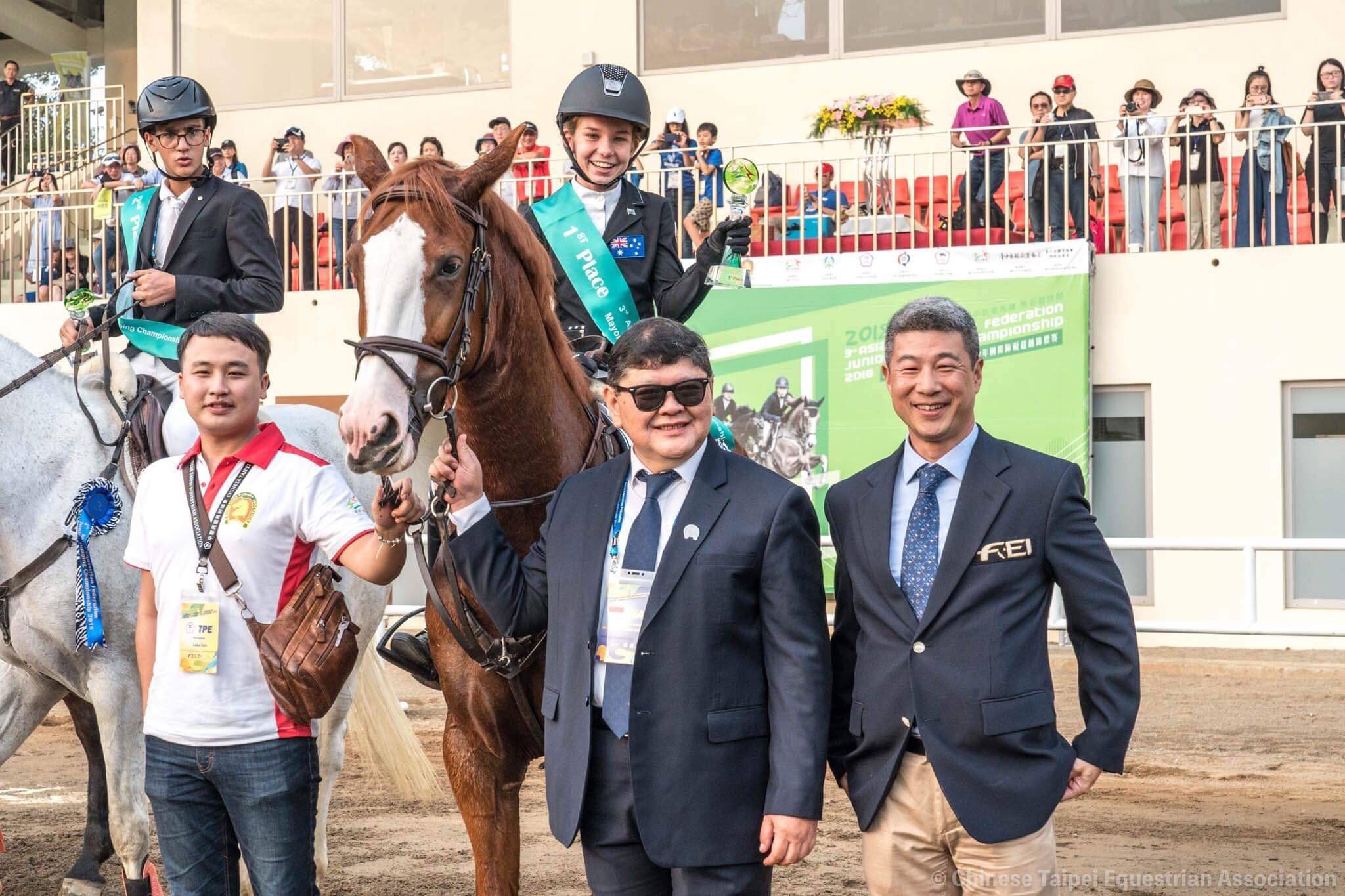