Sections 2 and 3 wrap up in style at Sydney Royal 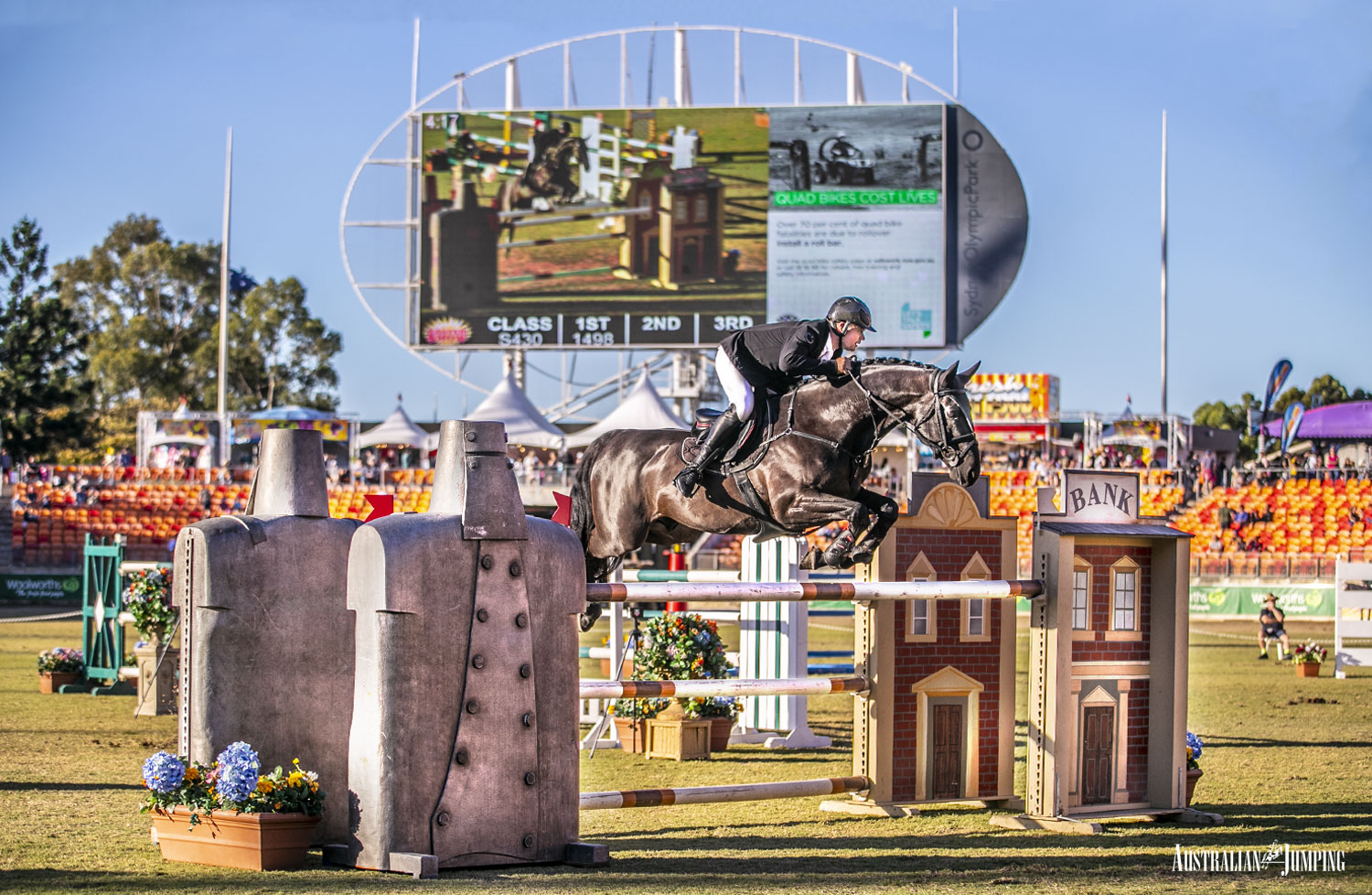 Saturday’s Jumping program at the Sydney Royal Easter Show saw the conclusion of the Section 2 and Section 3 competitions, as well as the announcement of the best performed horse in each section. After some early morning rain, the sun came out prior to the class starting. So the conditions were good for jumping, however, possibly just a little wet underfoot, even though the class was conducted on a part of the arena not used by the jumping competition during first nine days of competition.

The final class in the Section 3 program was the first competition scheduled. Winners of the three completed classes in this section were:

(For full reports from please click HERE and HERE)

Twenty-three combinations were entered for the class with nine of them recording clear rounds and coming back for a jump-off. The jump-off saw just four of these record another clear round, so as is the custom, it comes down to times to separate out the placings. However, the competition was so close that times, in this case, could not separate the top two. Joint winners were declared when both Victorian visitor, Russell Johnstone and Cantara and former Queenslander, Kate Hinschen and Oaks Ventriliquist went double clear and recorded a time of 45.37 seconds in the jump off. To illustrate the uniqueness of this sport, where males and females compete on an equal basis and age is not a factor, while Russell Johnstone was an Olympian at the 1996 Atlanta Olympics, Kate Hinschen was born in 1997.

To further confirm just how close this class was, Tom McDermott and Cachassini 11 finished in third place with a time of 45.53 seconds, just 0.16 seconds short of making it a three way tie. Filling fourth spot was the only other double clear Izabella Stone and Tulara Stolzette from Sutton, near the ACT, in 48.10 seconds. 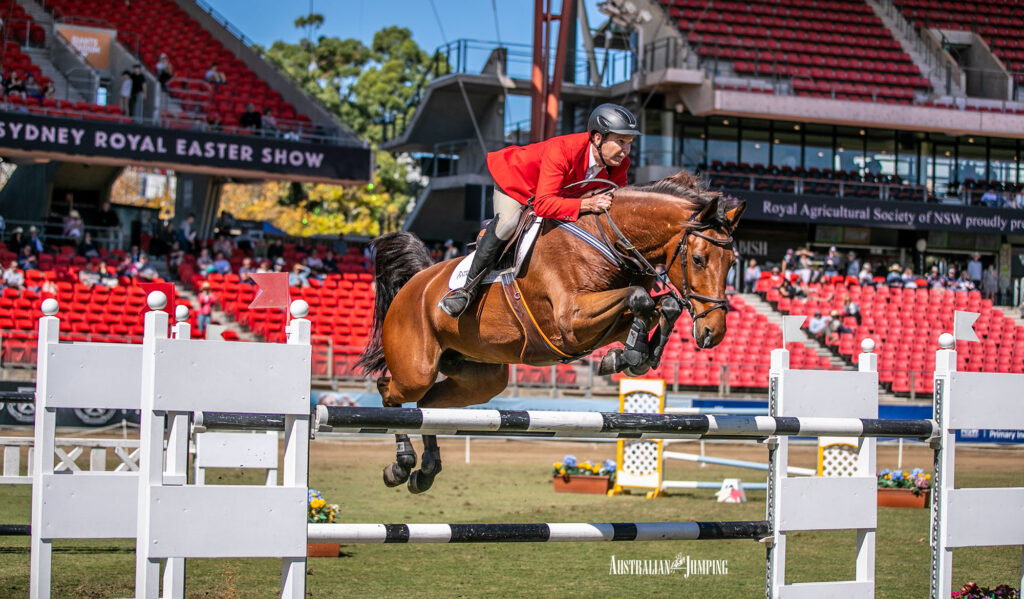 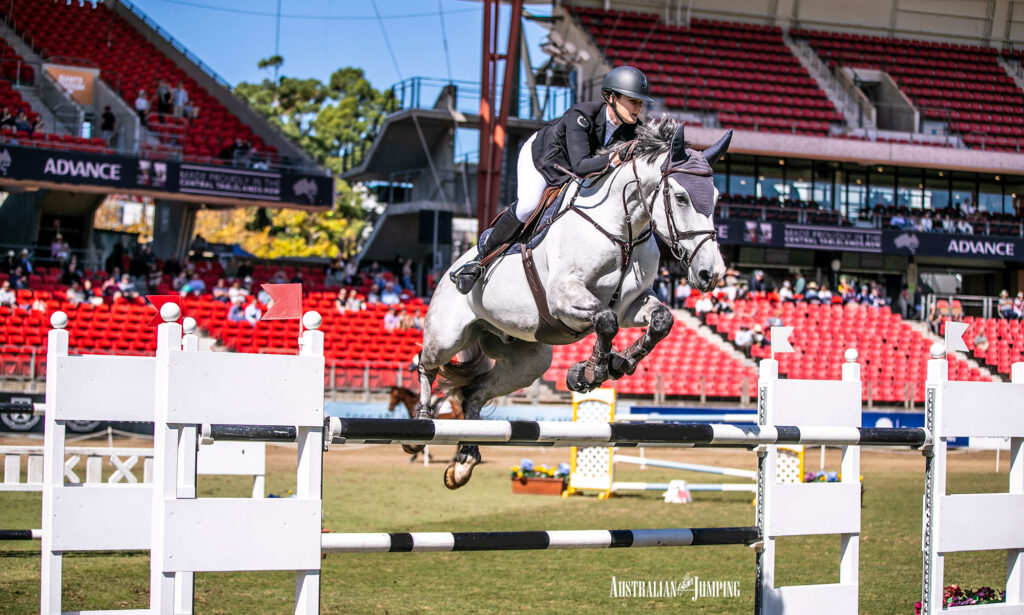 At the conclusion of this class the award for the best performed horse in Section 3 competition was announced. For full reports from please click HERE and HERE.

On Tuesday, Brook Dobbin and Miranda MVNZ took out the class and on Wednesday and Friday the win went to Tom McDermott and Cachassini 11, so after today’s placing, it was no surprise that after winning two of the four classes and recording third place in the other two, the award went to the Sharon Slater owned stallion Cachassini 11.

The afternoon class was the final class in the Section 2 competition. Winners of the first three classes in this Section through the week were:

With three different winners and a large number of different combinations filling the places, the award of the Best performed Section 2 horse was wide open.

There were 24 combinations in the class and on a course that appeared difficult to master, only three clear rounds were recorded. Further illustrating the testing nature of the course, there were no double clears achieved in the jump-off, however the fastest 4-faulter was the Queensland combination of Billy Raymont and the lovely stallion Black Jack IXE with a time of 46.77 seconds. Also on four faults, but in a time of 48.47 was Amelia Douglass and Upperclass Z taking second place. Third place, with eight jump-off faults and a time of 51.50 seconds went to jumping legend Vicki Roycroft and Dynamite Bay from Mount White on the NSW Central Coast. 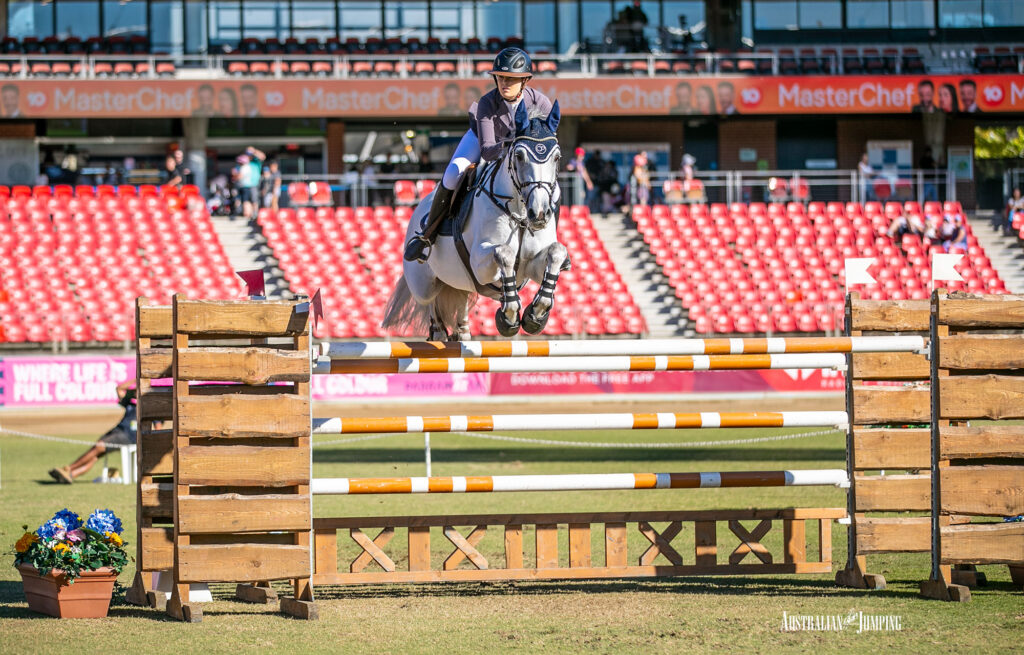 By finishing fourth in this final class, ridden by James Arkins accumulated enough points to take the honour of being named the Best Performed Horse in Section 2 competition. Owned by Arkins Pastoral and MT Farming, this stallion was a deserved winner after performing consistently across the four rounds of competition. 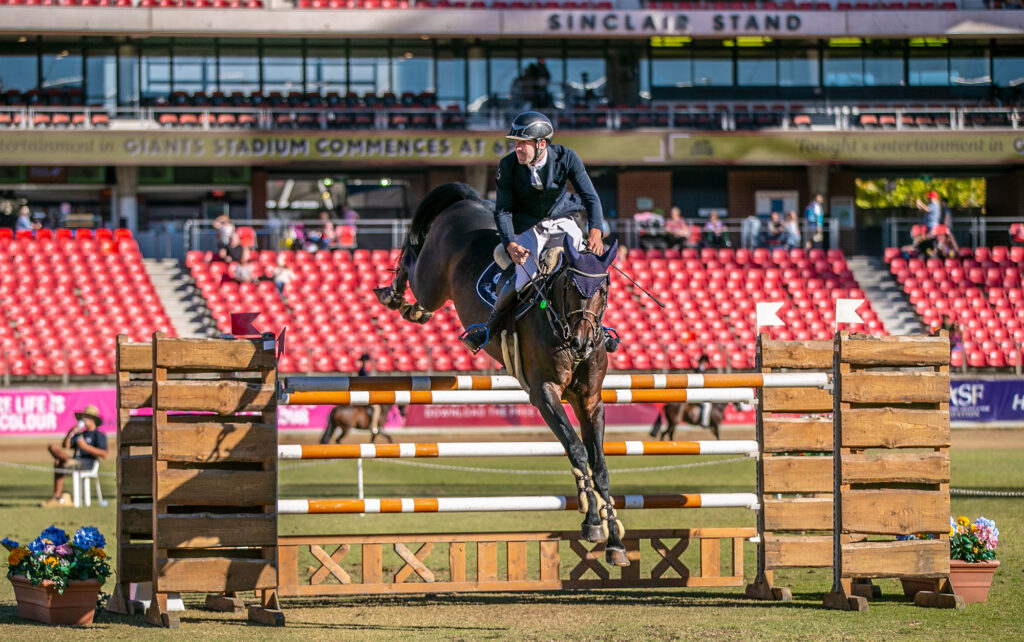 This announcement concluded the jumping program and we now look forward to the feature classes on today, the final day of Jumping at the show. The Mini-Prix is scheduled for this morning and the Grand Prix, to be held over 2 rounds, will be conducted in front of what will no doubt be a large crowd, this afternoon.