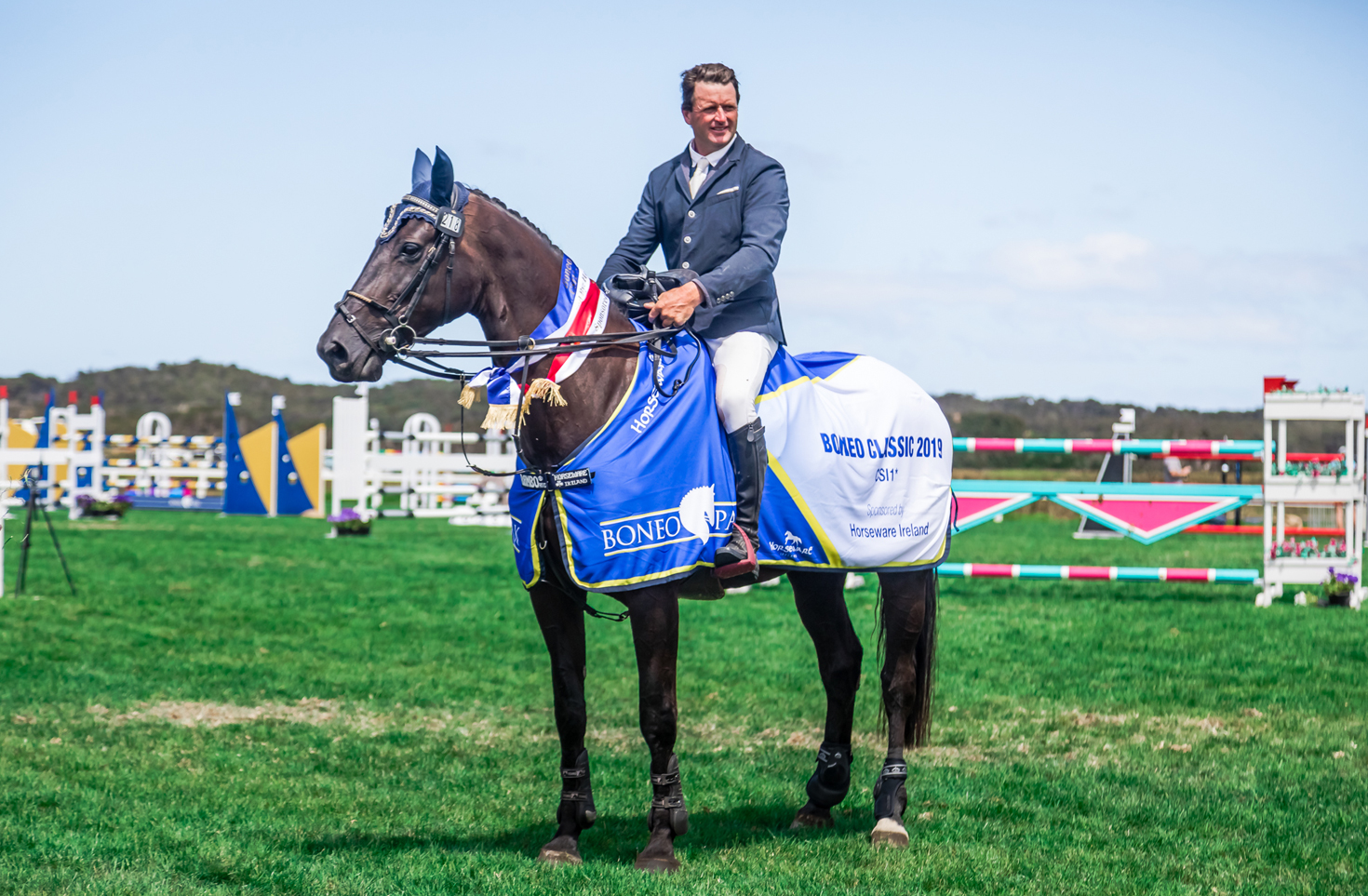 One of the feature events on the Boneo Classic jumping programme was the Horseware Australia CSI1* class, held earlier today.

A classy field of 31 combinations lined up to compete for almost $3,500 in prizemoney over a long course, with the time allowed being 98 seconds. In the preliminary round, only nine combinations went clear, the fastest of which was Paul Bent and Kablesse Kavita (85.67 seconds), and it was these nine that were invited back for an exciting jump-off.

First out in the jump off was Amelia Douglass and Barrichello, who took a rail in a fast time of 41.35 seconds. Next was Paul Brent, this time on Fontaine Blue VDL, who took two rails. Third out was the in-form Brook Dobbin, riding his mare Gina MVNZ, who took the lead with a clear round in 43.01 seconds. 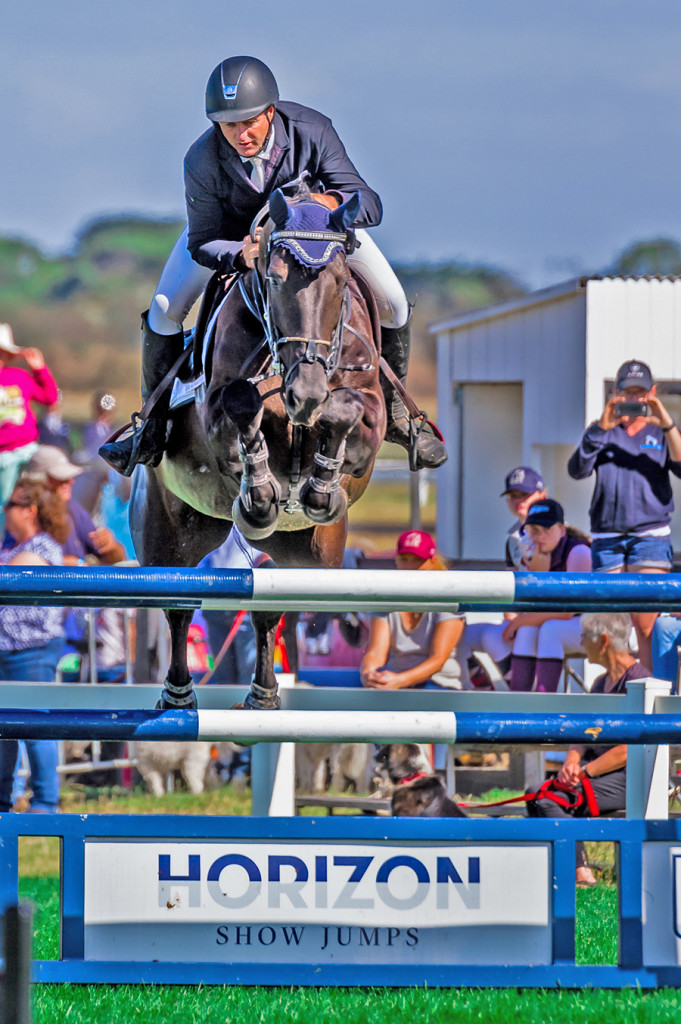 With six combinations to follow, the question was being asked, was this performance going to be good enough to earn the win. As each of the next five combinations incurred penalties, Sam Williams and Anssioso Z (4), Jessica Kent and Denison Park Cassisi (4), Amanda Ross and Co-Pilot (9), Melissa Froesch and Glenara Lady Bollinger (12) and Paul Bent and Kablesse Kavita (4), the excitement grew.

Finally, with just one combination left, Dobbin knew he had the class won, as he was the last rider, this time on his gelding Gabrielle MVNZ. A slow but careful round ensured no penalties and secured second place. With just two combinations going double clear, both ridden by Dobbin, he showed his class and taking the win here was great reward after yesterday’s Future Stars Class, where he brilliantly filled four of the top 6 placings but the the win eluded him. Australian Jumping extends its congratulations to all competitors in what was a very interesting competition.

The first six placegetters in this class were: 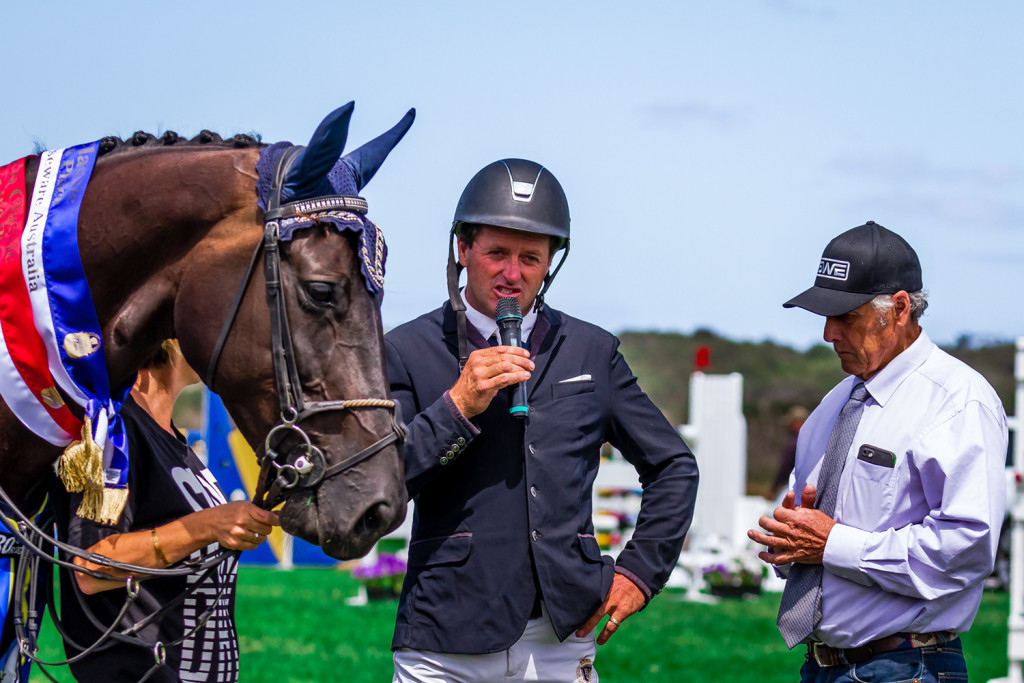