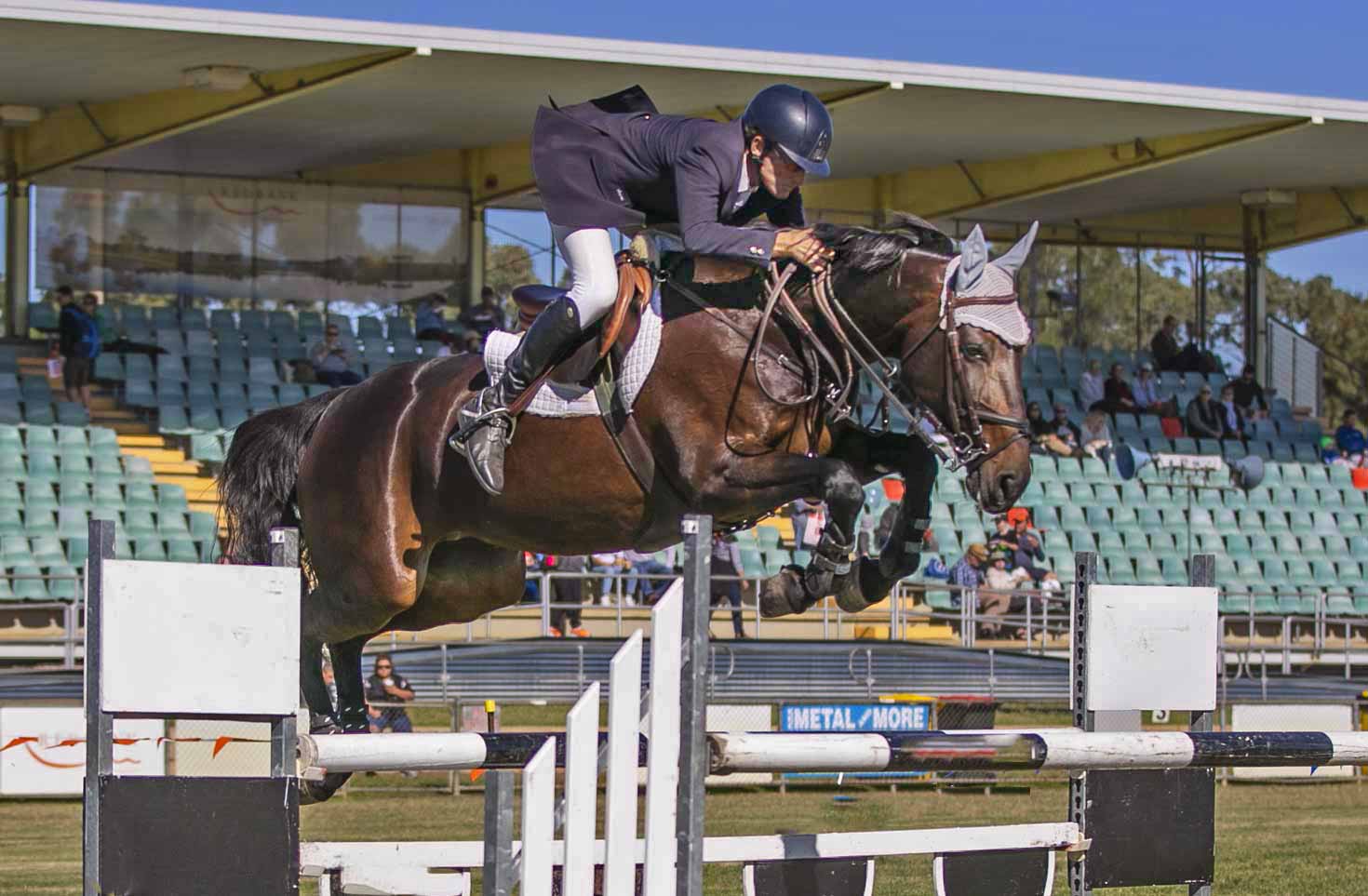 Above: Andrew Inglis and Alillie

Last weekend saw the 134th annual Hawkesbury Show held at the Hawkesbury Showgrounds at Clarendon, on the north-western outskirts of Sydney. With last year’s Show cancelled due to COVID-19, huge crowds were attracted to the event, which was held under clear blue skies and in perfect autumn weather. Among a plethora of attractions and activities at the show, a very competitive Jumping program was scheduled across the Show with classes ranging from 0.45m to a Grand Prix.

The very experienced local rider Andrew Inglis was the star of the show. Inglis, who was a reserve for the Jumping team at the Sydney Olympics won the Open 1.25m class, the Speed Championship, the Mini-Prix, and the feature class, the Grand Prix.

The www.showbags.com.au sponsored Grand Prix drew a small but classy field. The 2018 Australian World Cup series winning combination of Aaron Hadlow and Vahlinvader were entered as was the current Australian Senior Champion Tom McDermott in combination with both Yalambi’s Harvard and Yalambi’s Finnigan, a horse he had success with at the recent Sydney Royal Show.

In the competition over two rounds, there were just five combinations who had clear first rounds, however only two of these could repeat the performance in the second round to tie on a total of zero penalties. Andrew Inglis from Maroota and Alillie were the fastest of these in the second round, finishing in 48.51 seconds, just ahead of Wilberforce’s Tallara Cameron and Cassandro B in 48.74 seconds. Finishing with a time of 46.76 seconds, Josh Collins and Cornel would have taken the win if it wasn’t for them taking just a single rail in the second round, had to settle for third place.

The first six placegetters in the Grand Prix were as follows:
CLASS 11: WWW.Showbags.com.au – Grand Prix 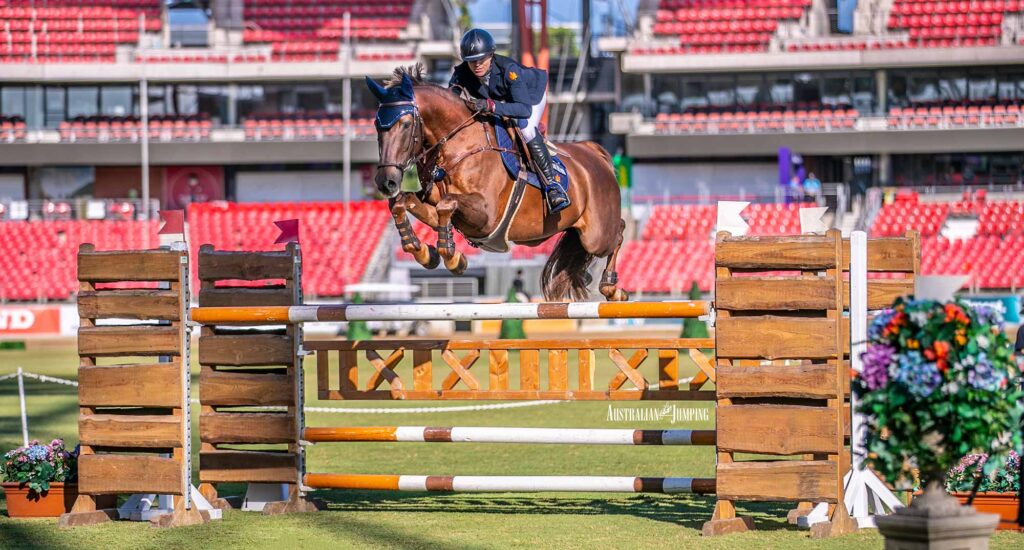 Tallara Cameron and Cassandro B earlier this month at Sydney Royal.

Josh Collins and Cornel earlier this month at Sydney Royal.

Congratulations goes to all the winners and placegetters over the course of the show.

The first six placings in all other classes are listed below.
CLASS 1: Annette Kohen – Open – 0.45m

(only three placegetters in this class)