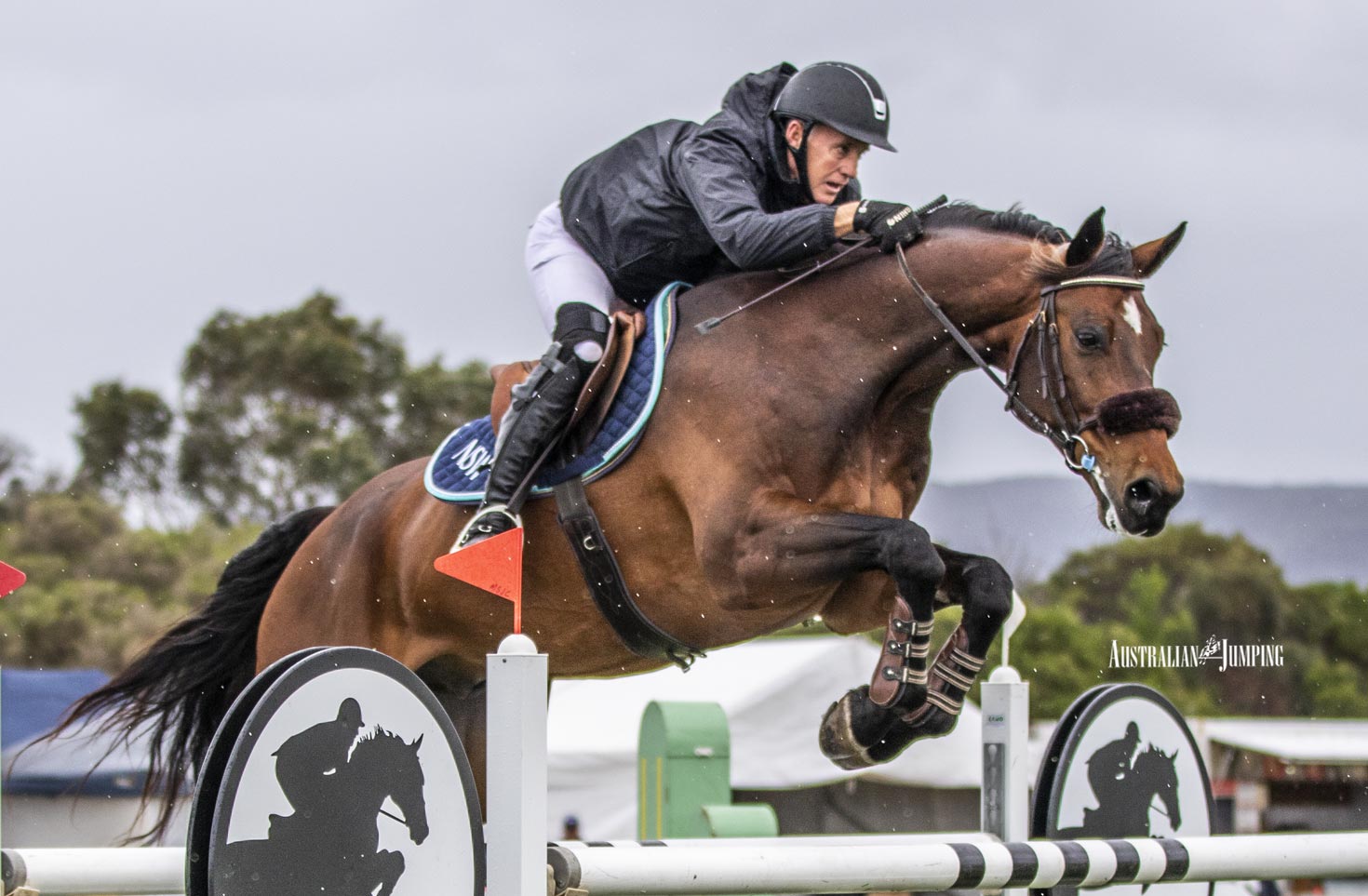 Above: Chris Chugg and PSS Levilenski

The three NSW teams have once again dominated the Teams competition at the Pryde’s EasiFeed Australian Jumping Championships. Last year, the NSW Young Rider, Senior and Junior teams each won their competition category and they were able to repeat that performance this year in a magnificent display of quality jumping.

Conducted over Rounds 1 and 2, of the Championship, the best three scores from each state team were added together to determine the team overall team score in each category.

Winners of the Interstate Young Rider competition were NSW, with Jessie Rice-Ward and CP Southern Cross leading the way. Second place was secured by the Queensland team, while Victoria finished third. The Young Rider Teams Competition top three placings were:

Winners of the Interstate Senior Rider competition were NSW.

The NSW team were leading after round 1, thanks to a dominant performance where three of their team members filled the top three ranking positions after the two rounds. Katie Laurie and Casebrooke Lomond who took the win in Round 2, consolidated their position and secured the win. Russell Johnstone and Daprice led the Victorians into second place, with Queensland finishing third.

Winners of the Interstate Junior Rider competition were NSW.

A strong showing from NSW in Round 1, where they had three team members finish in the first eight placings, meant they went into Round 2 with a large lead over the other teams. A huge effort from Sally Simmonds and Oaks Chifley, who won both rounds meant that NSW could not be beaten for the title. South Australian came in second and Queensland came third.