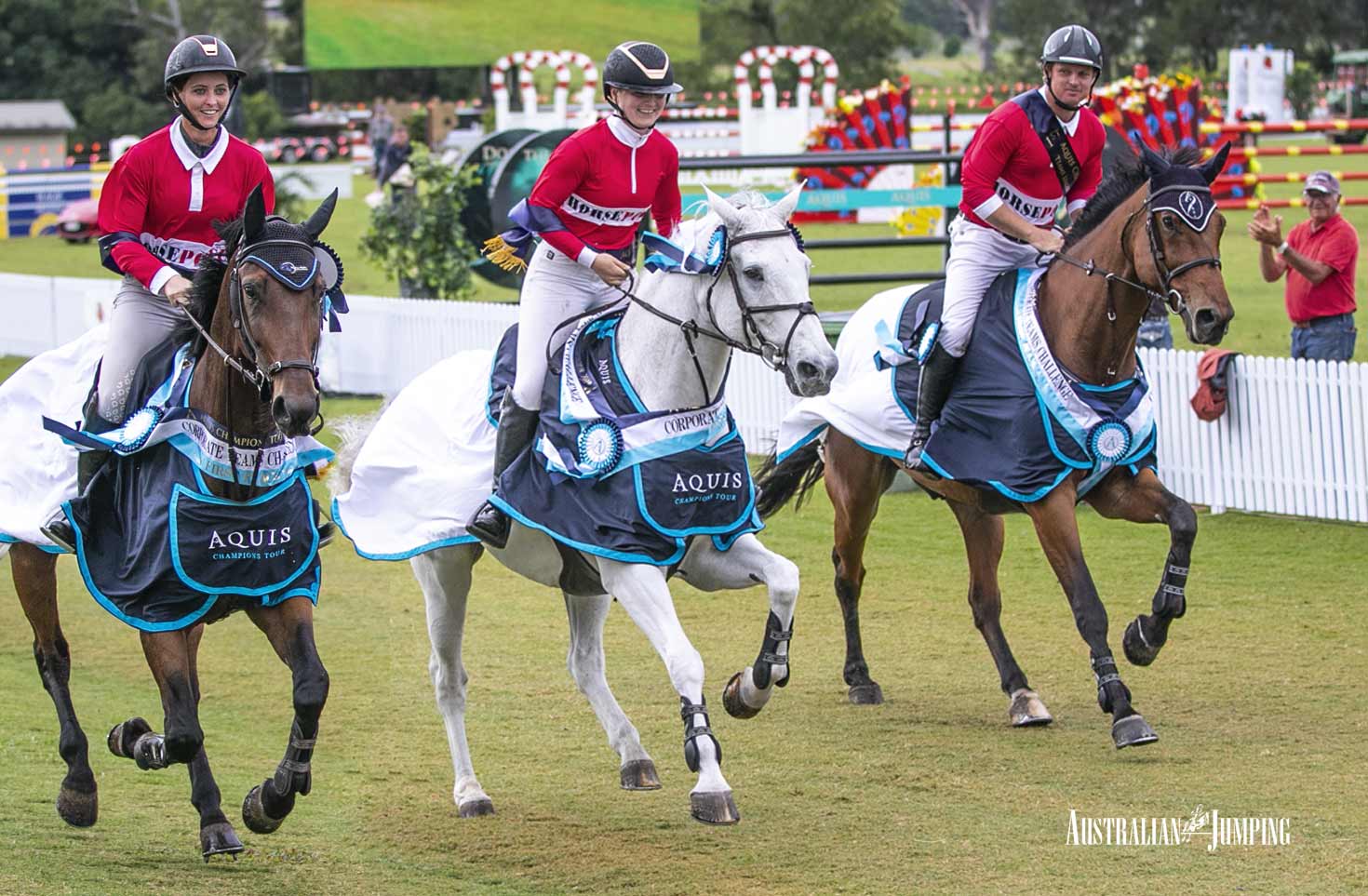 The second qualifier for the Aquis Gold Tour was held today at Elysian Fields and also doubled up as an exciting and hotly contested corporate challenge, with teams sporting thier corporate colours.

The Gold Tour class attracted a total start list of 41 combinations, with the majority of them divided into teams of three for the challenge. Held in, at times, quite heavy showers, the course proved to be a challenging one, with only five combinations recording clear rounds, the fastest of which was Elliot Reeves and Aveden Indigo. 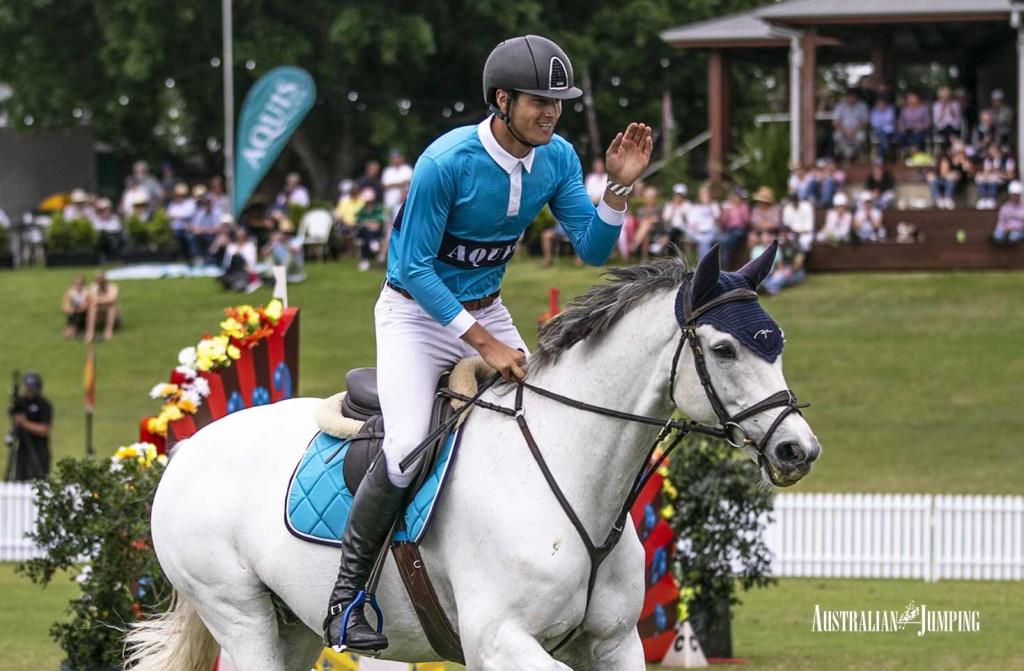 With competitors in the jump-off tackling the course in the same order they jumped in the first round, Gabrielle Kuna and Flaire were first out. They set the standard by going double clear in 55.06 seconds. Next was Elliot Reeves and Aveden Indigo. Again, they were double clear but more than a second slower than Kuna. Jess Brown and Casco were third out. As with the others, they again recorded a second clear round, however, a slower time than the other two placed her into third. Australian WEG representative combination of Jamie Kermond and Yandoo Oaks Constellation were next to tackle the course. They also went clear, but with a time which slotted them into third. The last combination, and the only threat standing between Kuna and victory, was Melissa Blair and Zidora. This combination took an early rail and had to be content with fifth placing. 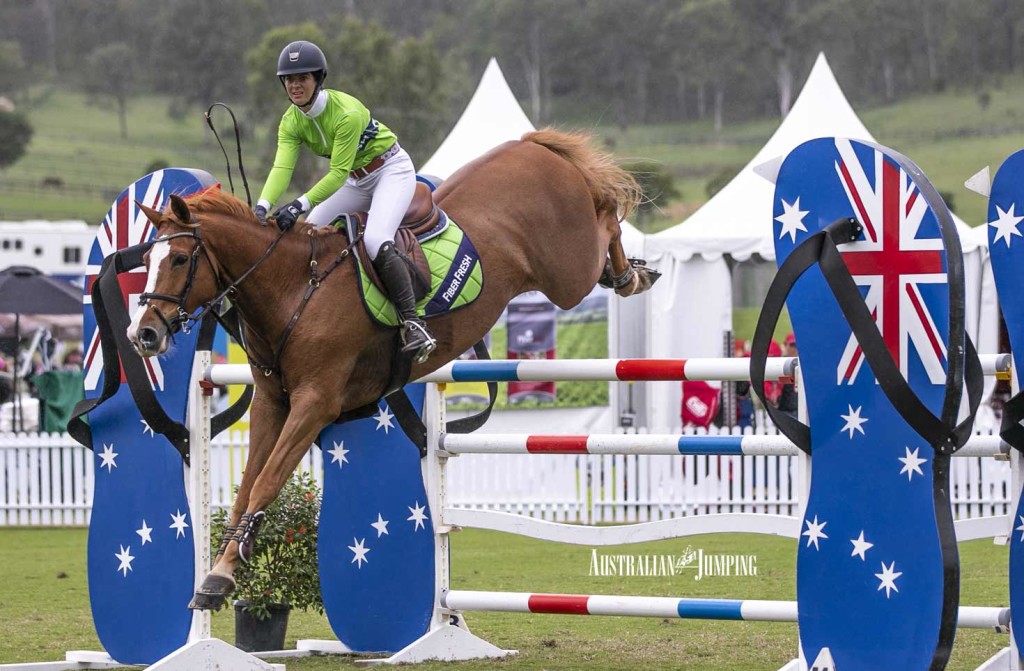 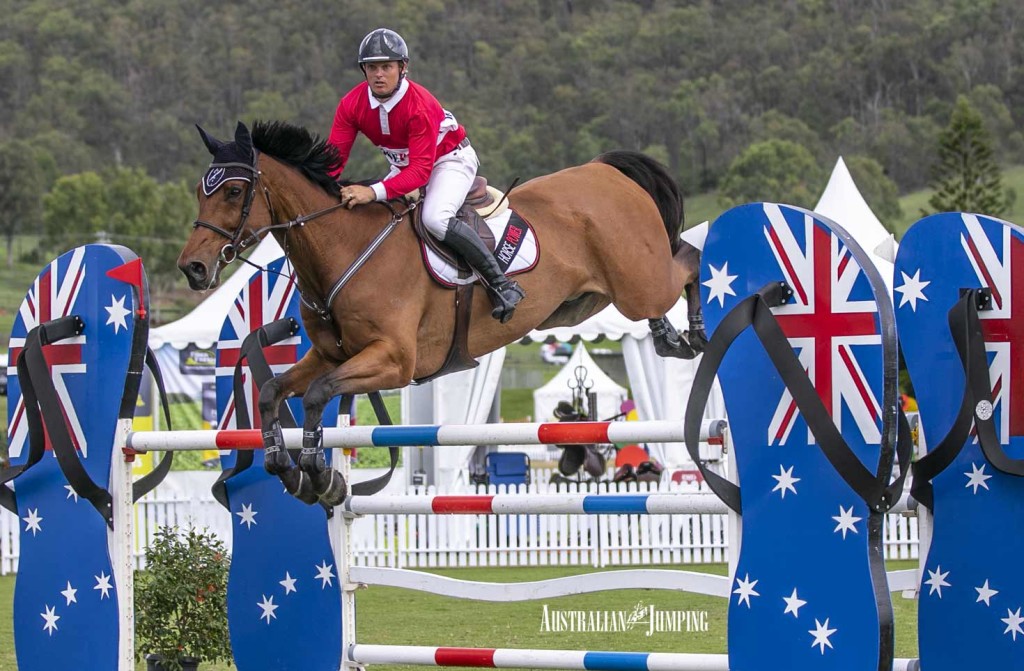 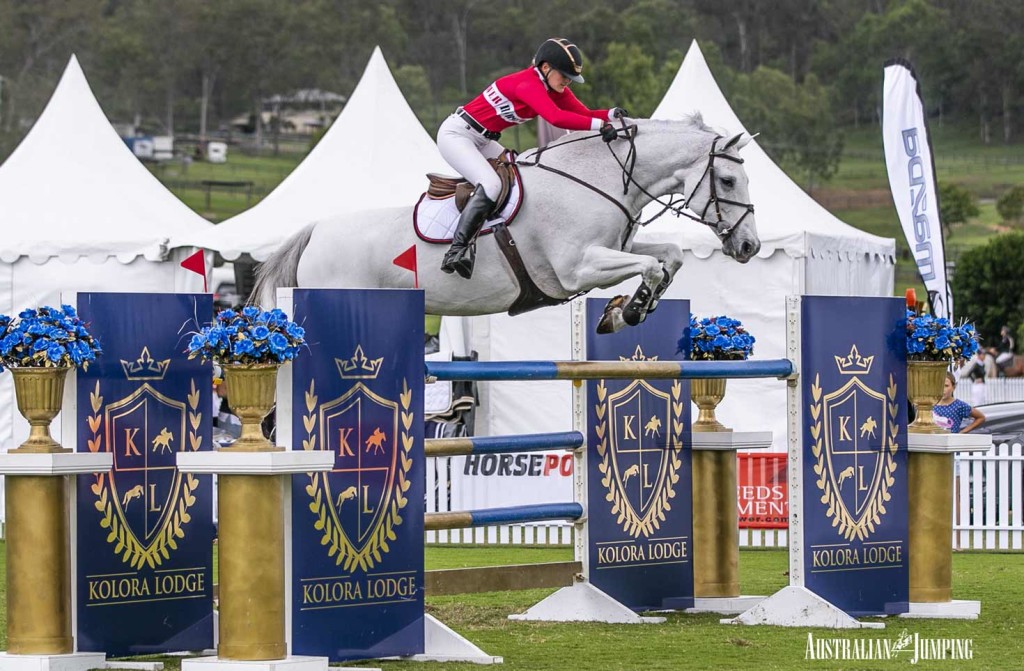 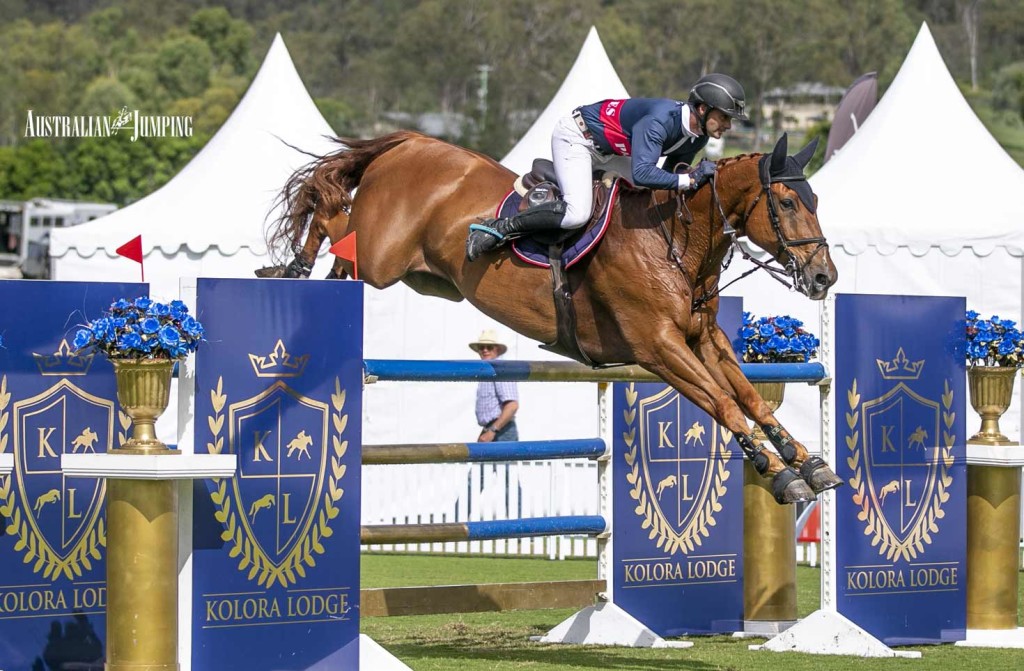 With clears in Round 1 by Jess Brown and Jamie Kermond, Team Horsepower dominated the Round. However in the jump off, team Prydes gave it their all to only add another 4 penalties and close the gap. The final placings for the teams challenge are listed below, along with tables of individual results for each team. 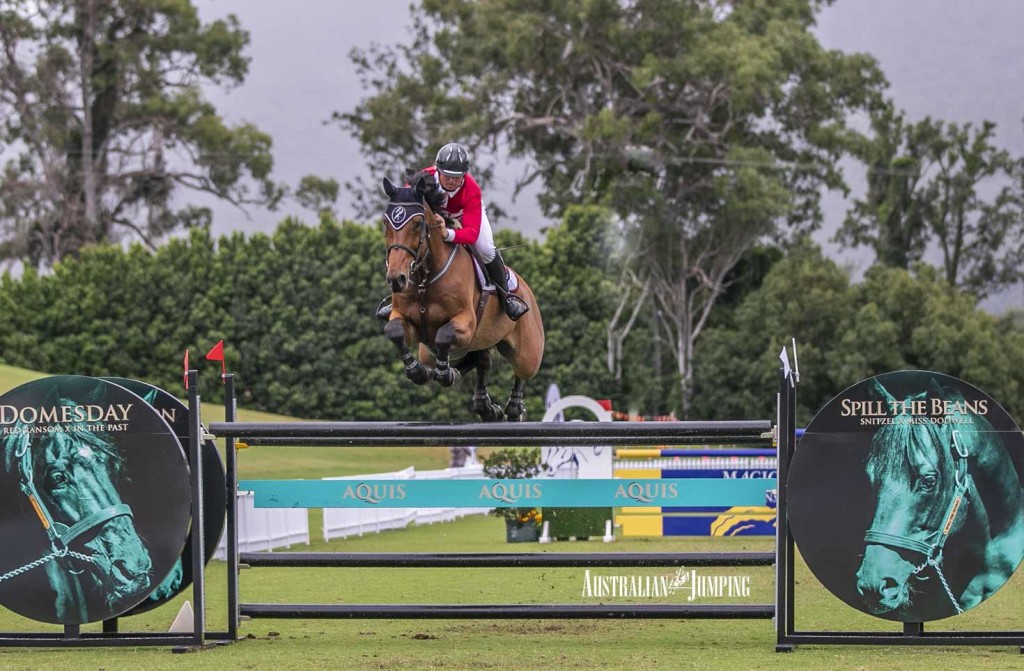 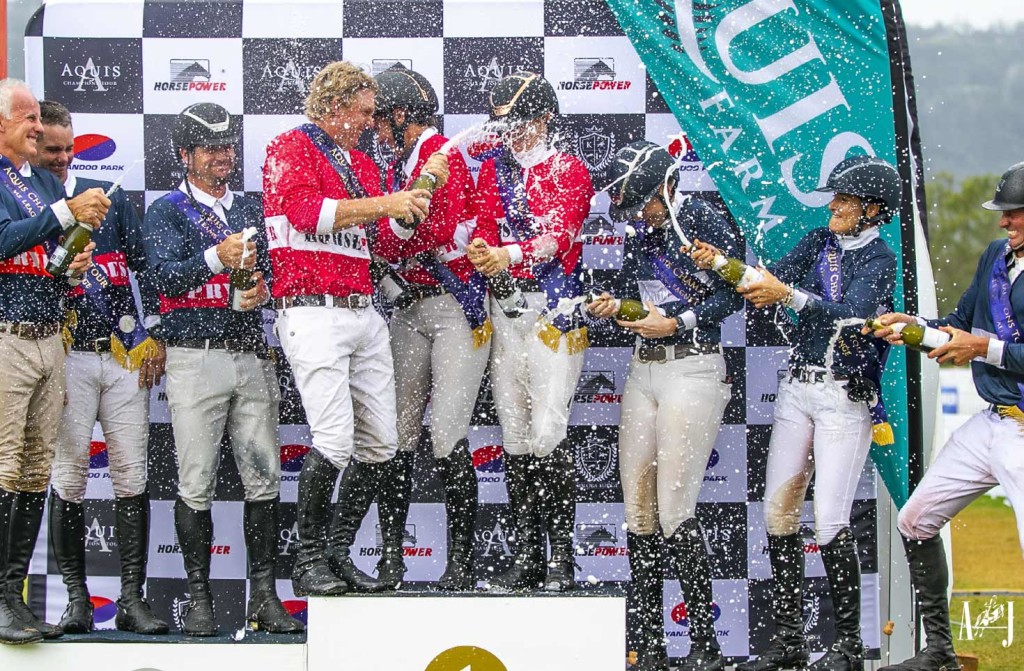