Wansey shines in the Young Rider at Sydney Royal 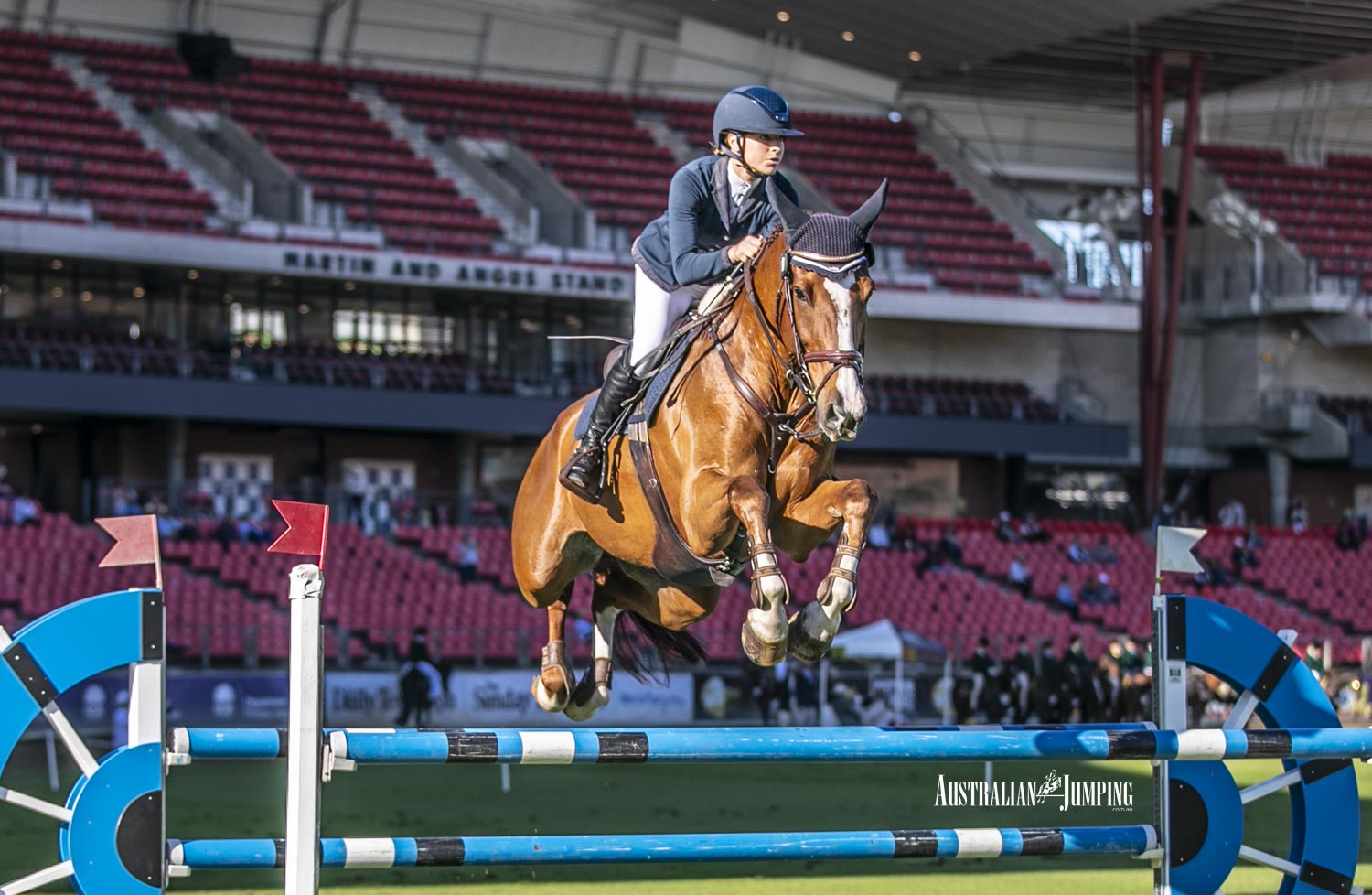 A rising star on the NSW Jumping scene, Anneleise Wansey, yesterday afternoon took out the Young Rider Grand Prix, and in doing so, was named the most successful Young Rider at the show as week 1 of competition drew to a close.

Wansey and Kolora Stud St Patrick (Perigueux x Balou Du Rouet), a 10-year-old chestnut gelding recorded a pair of third placings during the preliminary classes, but save their best for last in today’s Grand Prix.

Wansey, from the Southern Highlands Area of NSW and trained by James Arkins is no stranger to success with Kolora Stud St Patrick, as they are the reigning NSW Junior Rider Champion combination from 2019.

The competition was very closely fought, with riders taking turns at the top of the leaderboard. On Thursday, the Table C class, where speed class was key, was won by Queensland visitor Maleah Lang-McMahon and Gabrielle Chugg’s PSS Chantilly – you can read the full story of this class HERE. 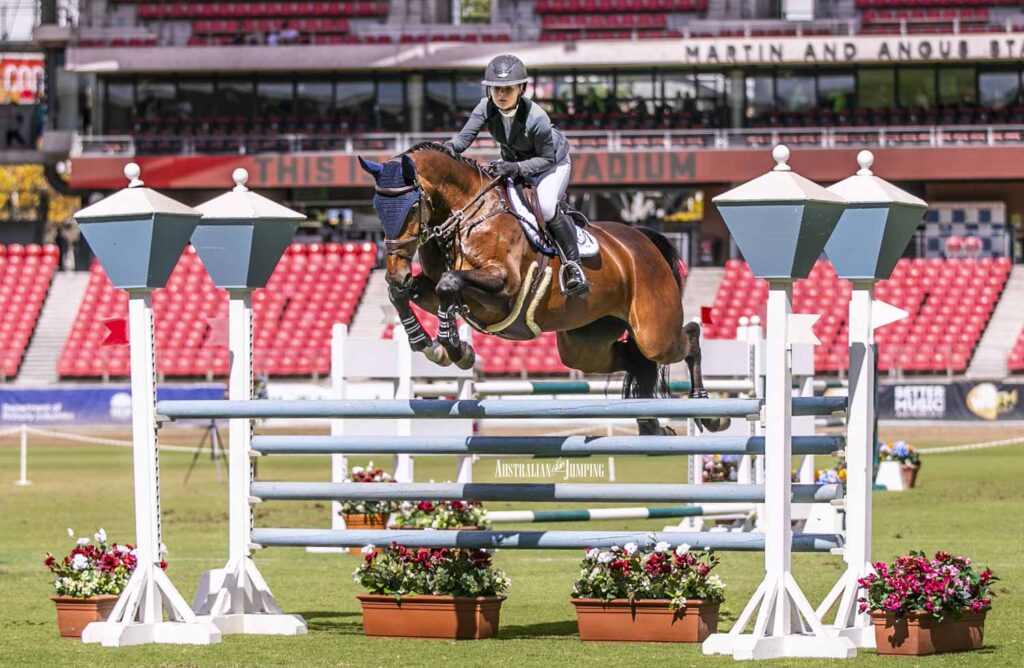 Friday was the first of the AM5 classes and we saw Far Meadow’s Lucy Evans and Vivajoy atop the podium, joined by Hayley Cox and Western Australia’s Chloe Versteegen. 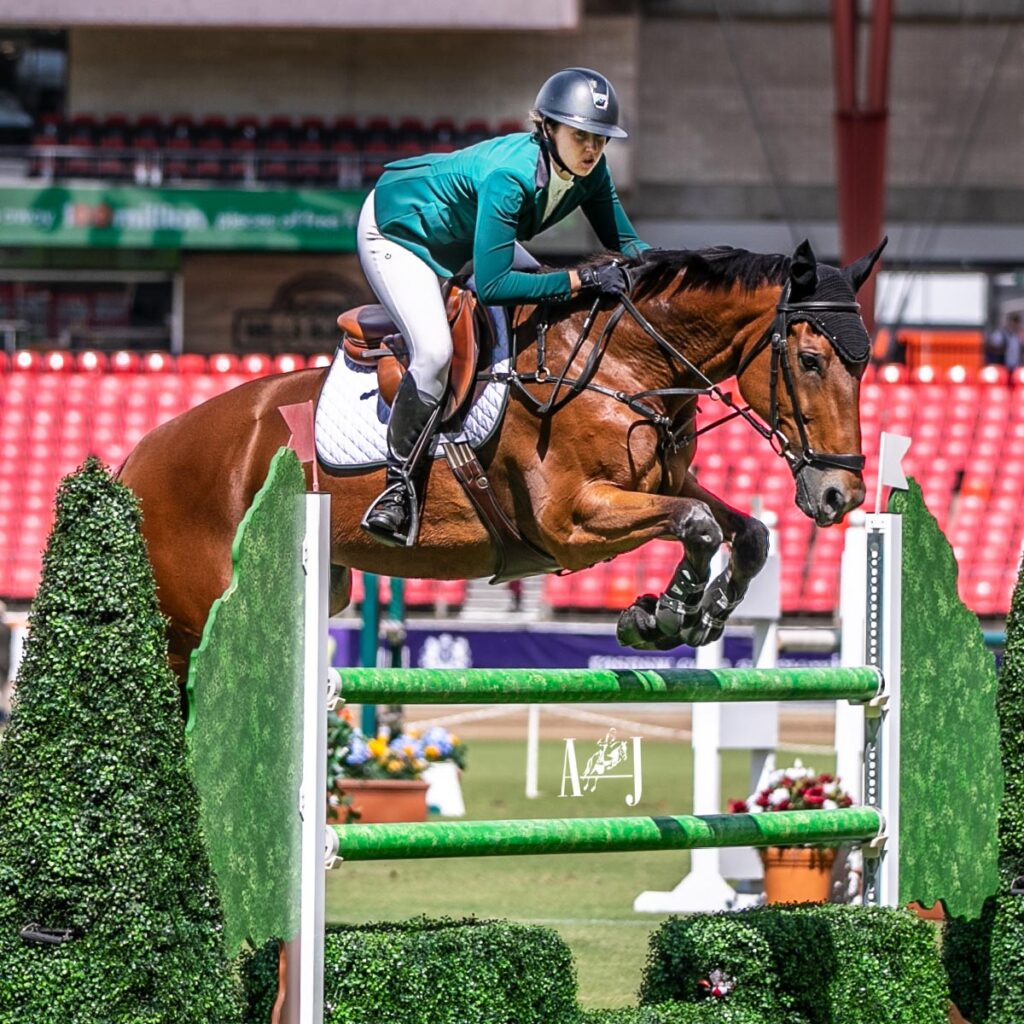 The riders certainly didn’t let their feet off the pedal as the week progressed. On Saturday we saw Isabella Du Plessis and Monte Carlo MVNZ from New Zealand (currently residing in Pitt Town, NSW) and trained by one of our top international competitors, James Paterson-Robinson, take the win in an exciting finish to the class.

Yesterday afternoon was the culmination of their big week, the Grand Prix, where Anneliese Wansey and Kolora Stud St Patrick put it all together when it counted. There were 10 combinations called back for Round Two, including Tori Cureton and her wonderful Double The Bank, the only Thoroughbred in the competition. Course Designer Graeme Watts did a super job of seperating the field, with only four combinations carrying zero penalties over from Round One. 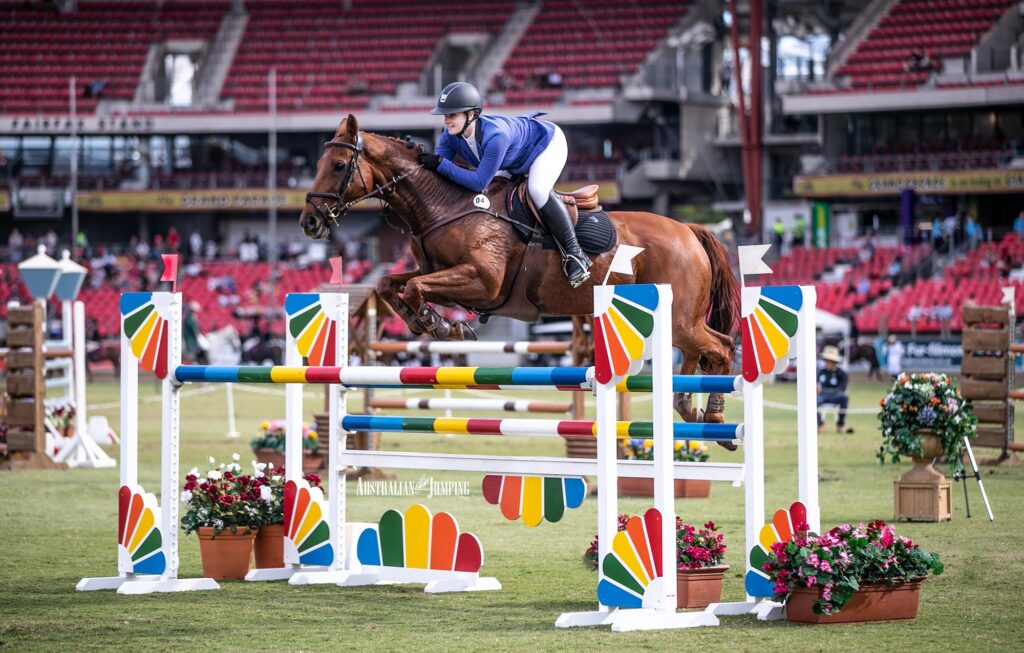 Tori Cureton and Double The Bank

There were a few more penalties notched up in the second round, before Maleah Lang-McMahon and PSS Chantilly notched up a clear to leave them on their first round score of 4 and and take lead for the time being. 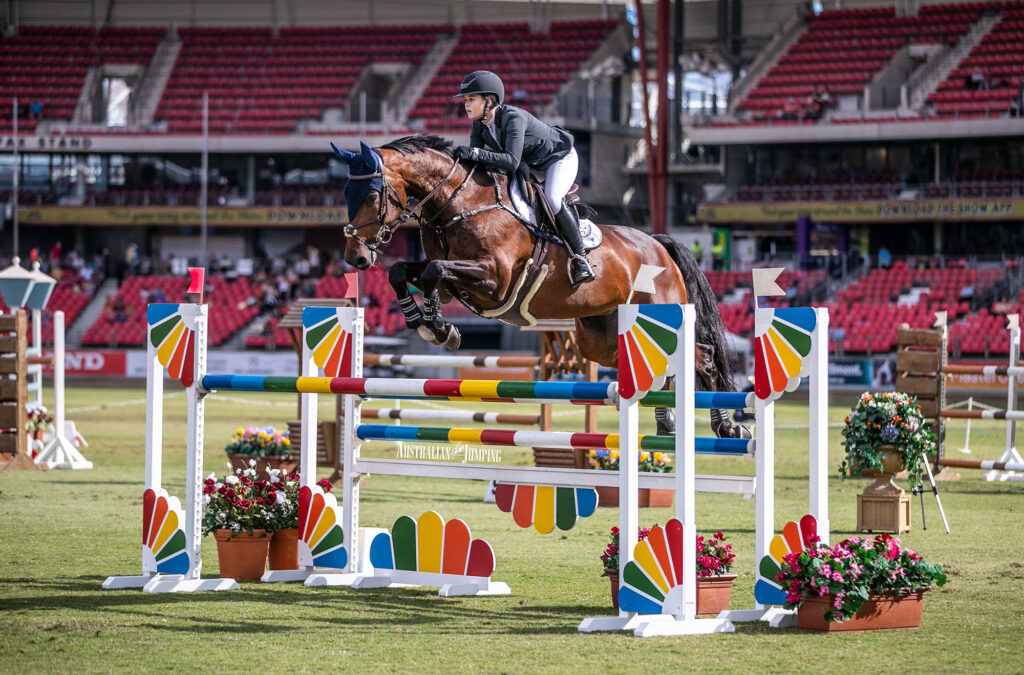 When Anneleise Wansey and Kolora Stud St Patrick came out there was still yet to be a double clear, so they knew what they needed to do – and they certainly achieved their mission, with a lovely clear round, which turned out to be the only double clear of the class. Clemency Hughes and Diamond B Corvina were the final combination out, being the fasted clear in Round One, but unfortunately could quite replicate that performance, with a rail down relegating them to second place. 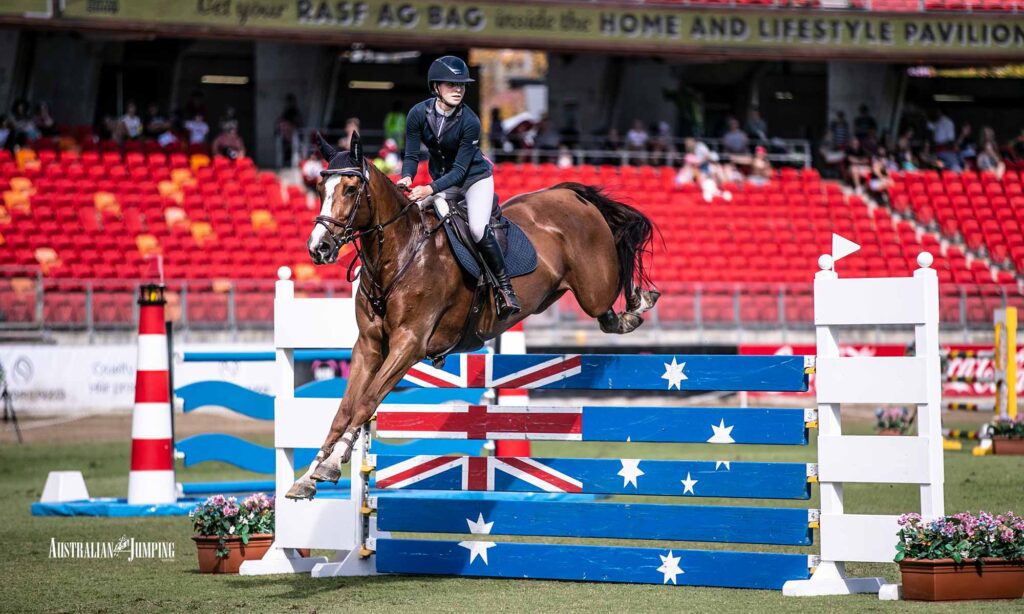 It was a super competition by the Young Riders and a pleasure to watch – confirmed by the applause and gasps from the Sydney Royal Easter Show spectators who turned out in force to watch our riders in action.

The placegetters in the Grand Prix were as follows:

We would like to congratulate all the riders who took part in the series and wish them every success with their jumping careers.