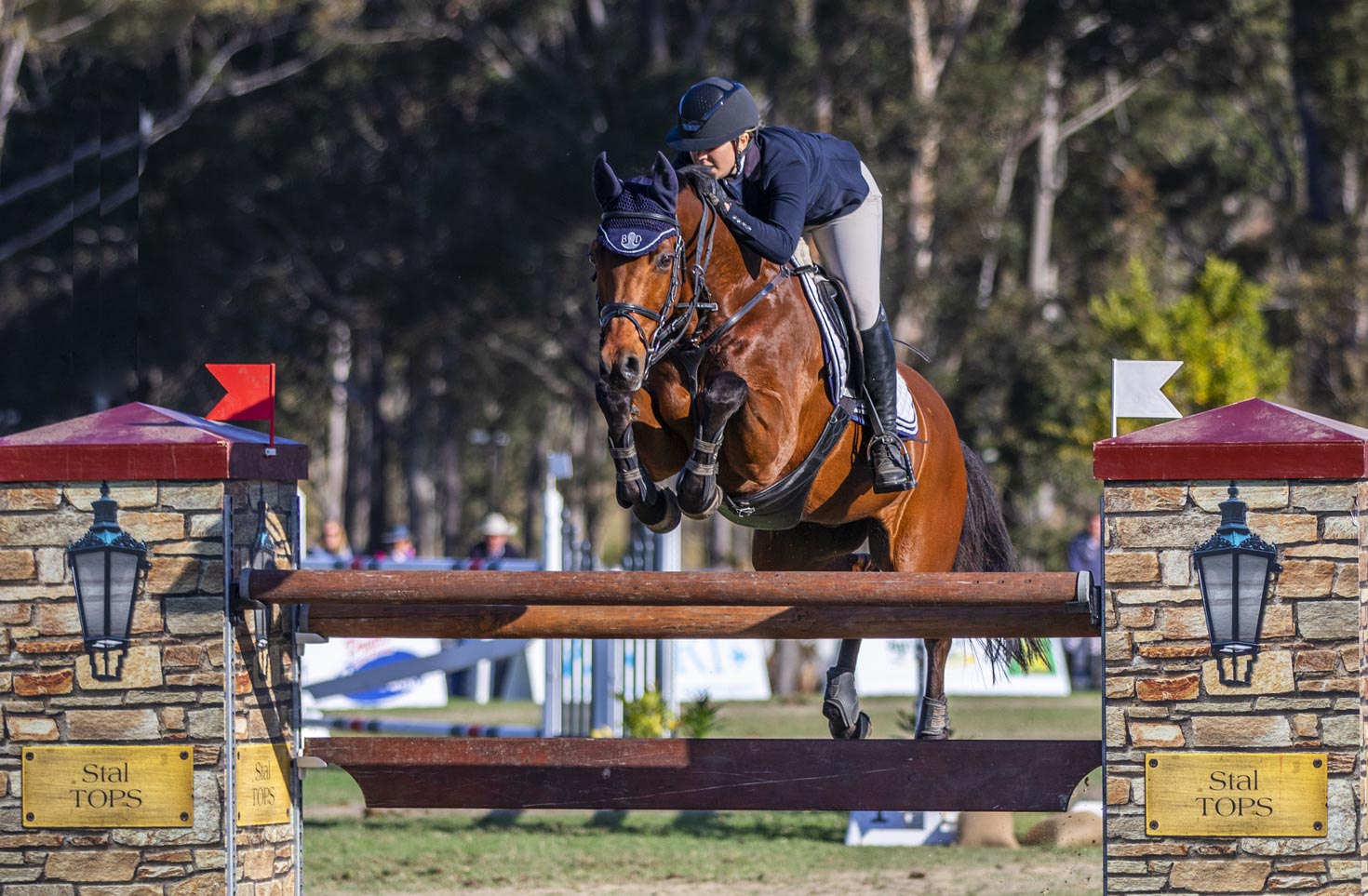 The second round in the 2019 Stal Tops Australian Young Rider Series was held today as part of Jumping@Willinga. The Series was instigated by Edwina Tops-Alexander, who is an outstanding ambassador for our sport and although her incredible jumping career takes her all around the world, her love of Australia and her passion for Australian jumping has not diminished. 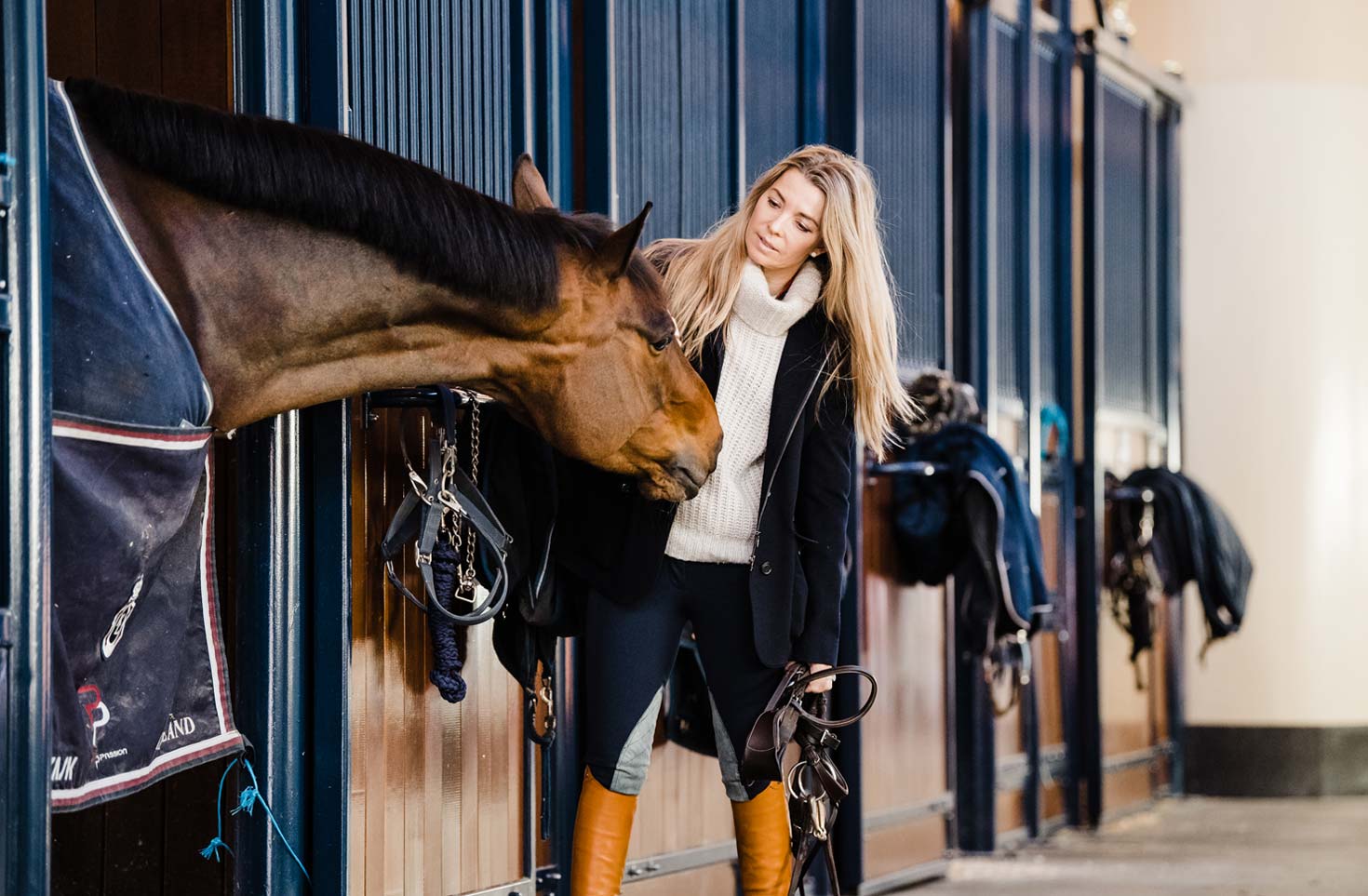 Edwina has been our leading rider for many years and has represented Australia with great success at innumerable international competitions including Olympic and World Equestrian Games. Last year, along with husband Jan Tops, Edwina established the Stal Tops Australian Young Rider Series.

The 2018 Series was a highlight of four of our major shows with the Series victory going to Erin Buswell and Quero Quero. 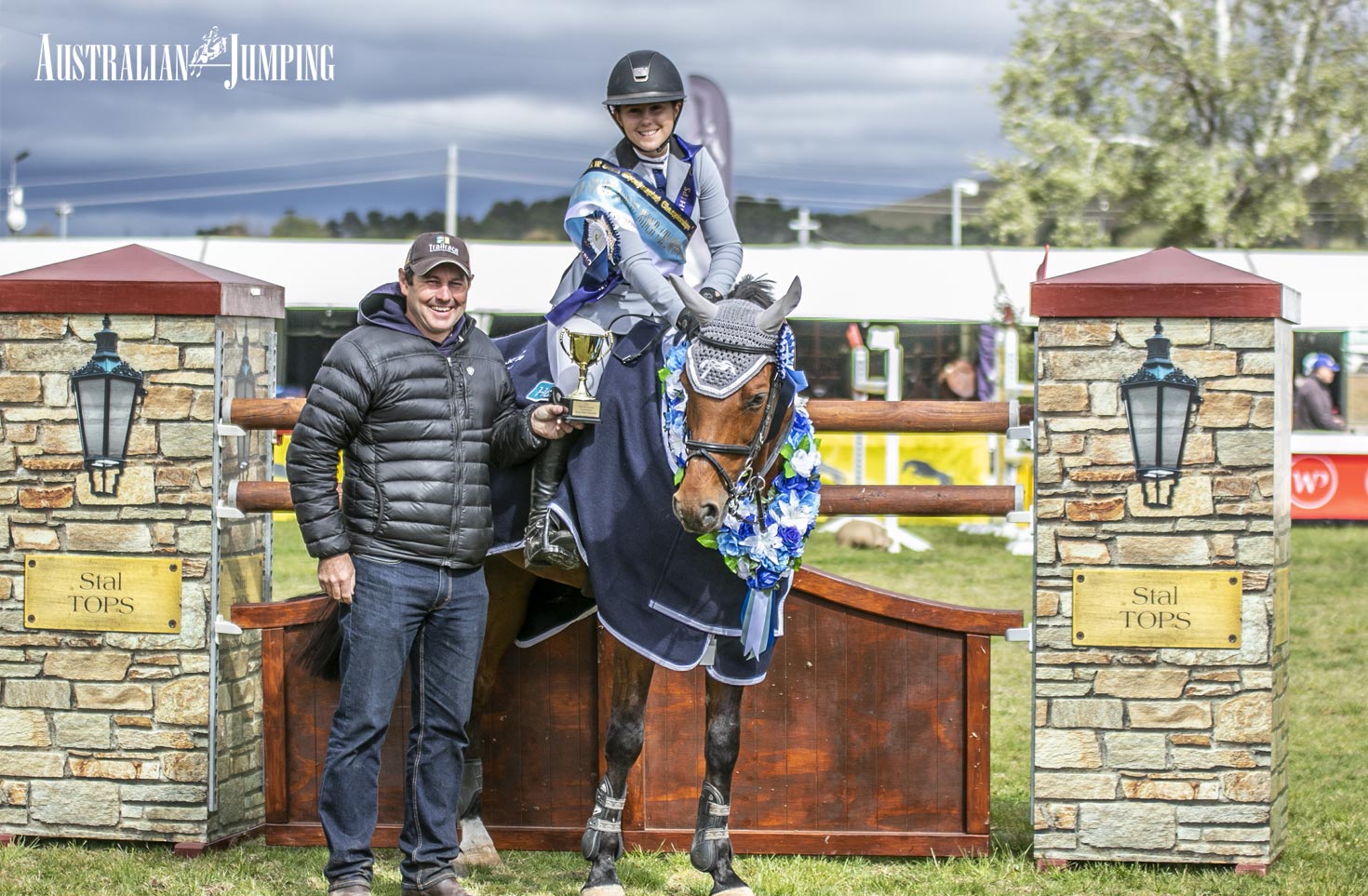 In 2019, the Stal Tops Series once again comprises four rounds, with the first event held at the Aquis Champions Tour in May. This hotly contested class brought out the best in our Young Riders and was won by Amelia Douglass and Cassis Z Ten Halven. 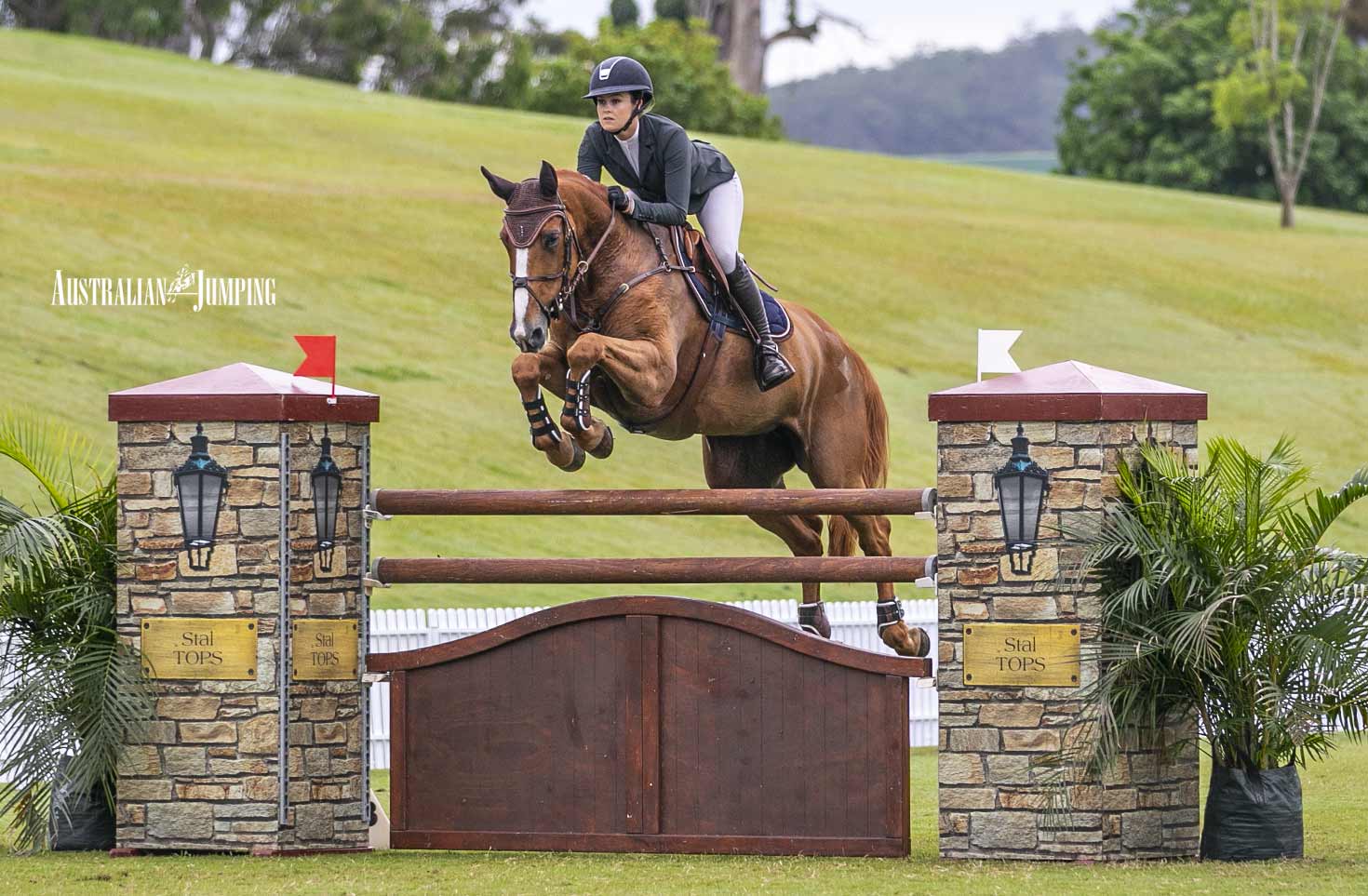 The second event in the Series, held today was a tightly contested affair. Twenty-four of the best Young Riders in the country tackled what appeared to be a testing but fair course.

First out were Jasmine Dennison and Nicolossi who set the benchmark by going clear in 77.63 seconds. Other clear rounds were recorded by Georgia Price and Batman Xtreme, Amelia Douglass and Sirius Du Granit, Jamie Priestley and Kolora Stud Optimus, Lucy Evans and Vivajoy, Will Dight and Thea, Sally Simmonds and Oaks Castanza, Isabella Evans and Joker XIX,  Jessie Rice-Ward and Dusky Farm Cavalier and Mitchell Peulic and Black Currency. The fastest clear was recorded by Erin Buswell and Quero Quero in 76.25 seconds.

The 11 combinations with clears in Round One all qualified for what turned out to be a very exciting jump-off. 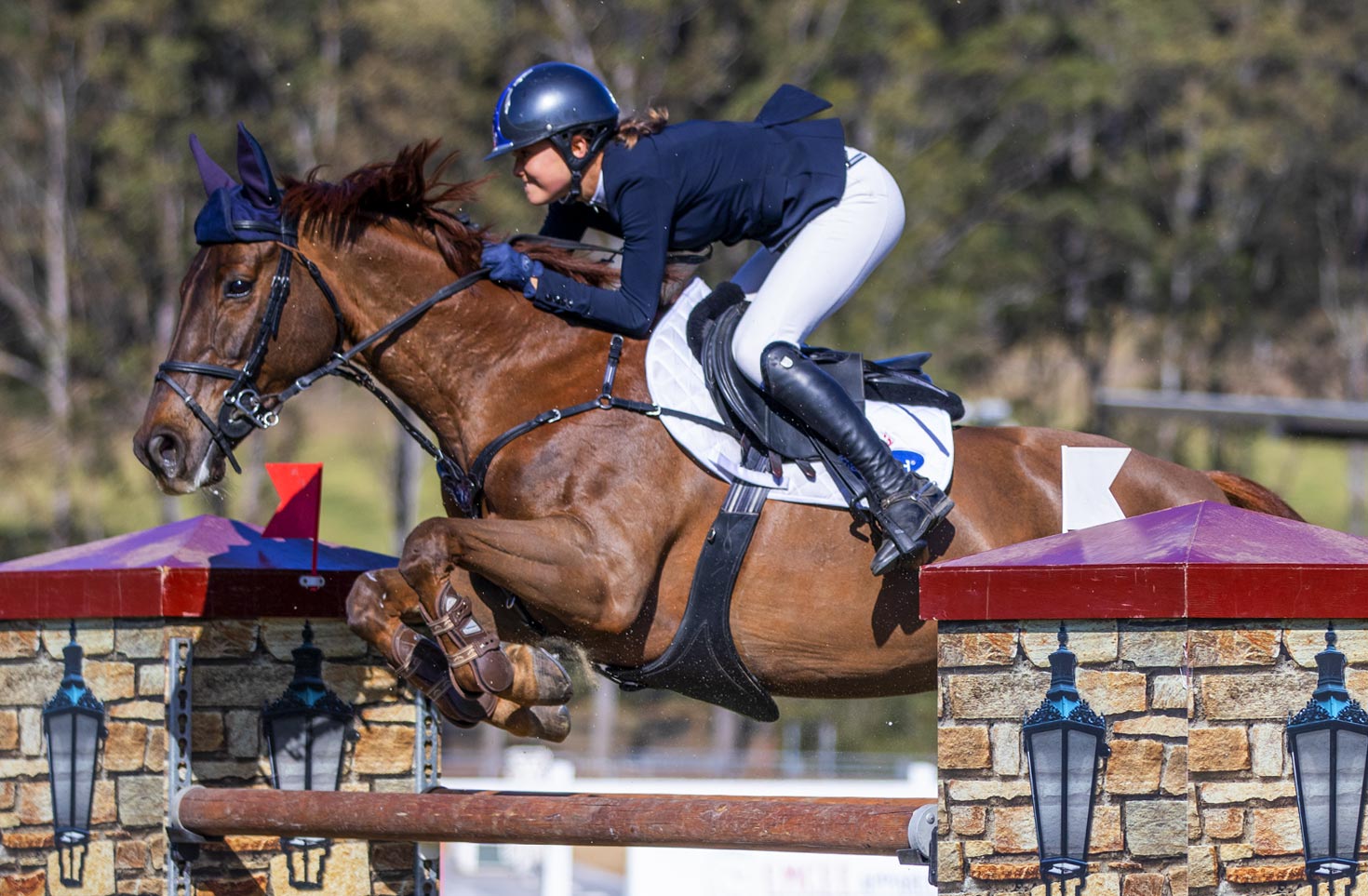 Coming out in reverse seeded order, Amelia Douglass and Sirius Du Granit were first to hit the course, going clear again in 54.36 seconds. Isabella Evans and Joker XIX also went double clear, however, 65.84 seconds was not fast enough to trouble the leader. Third out was Mitchell Peulic and Black Currency who almost produced the third consecutive double clear, however a rail at the last fence put him out of contention. 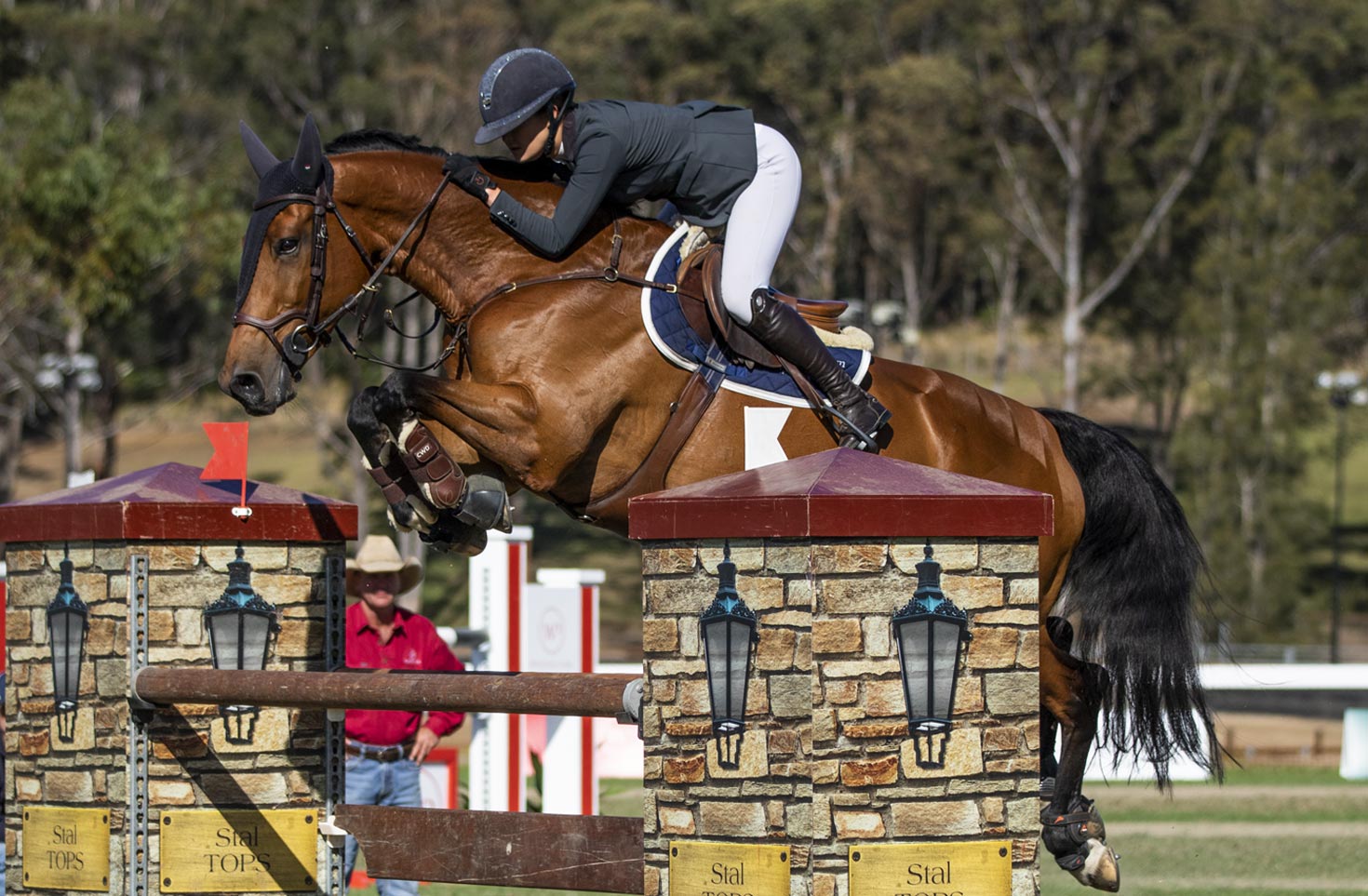 The next combination on course was Georgia Price and Batman Xtreme, who again went double clear in 59.82, which was enough to claim provisional second place. It was clear by now that the time set by Douglass was going to be tough to beat, as nobody had been even close to matching it. 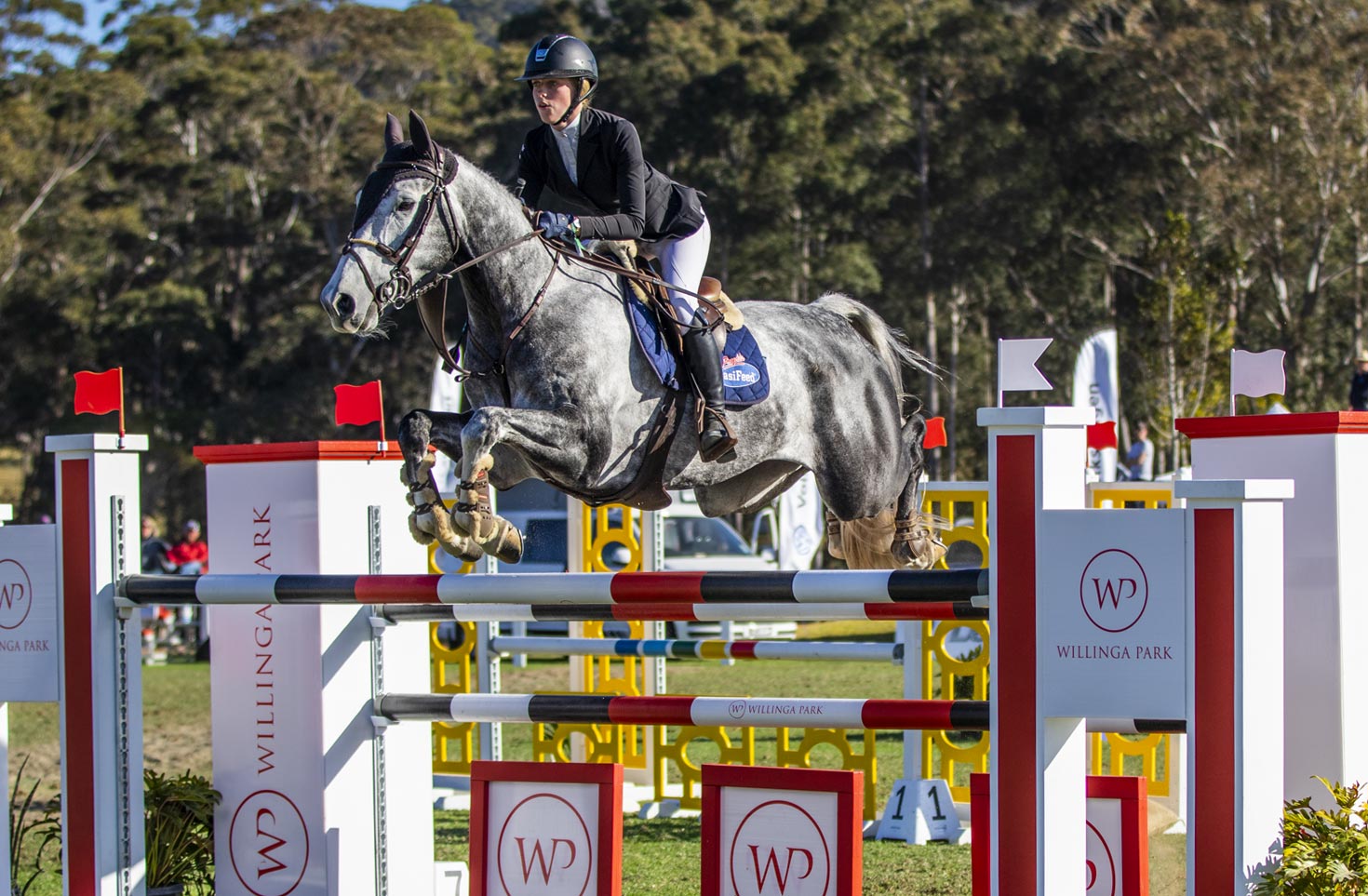 Next out was South Coast rider Lucy Evans and Vivajoy who took two rails, followed by AJTL winning rider Jessie Rice-Ward and Dusky Farm Cavalier, who could not emulate yesterday’s success and took two rails. She was followed by another AJTL competitor Will Dight and Thea. They flew around the course to record their second clear round in 55.83 to just miss out on eclipsing the time recorded by Douglass. 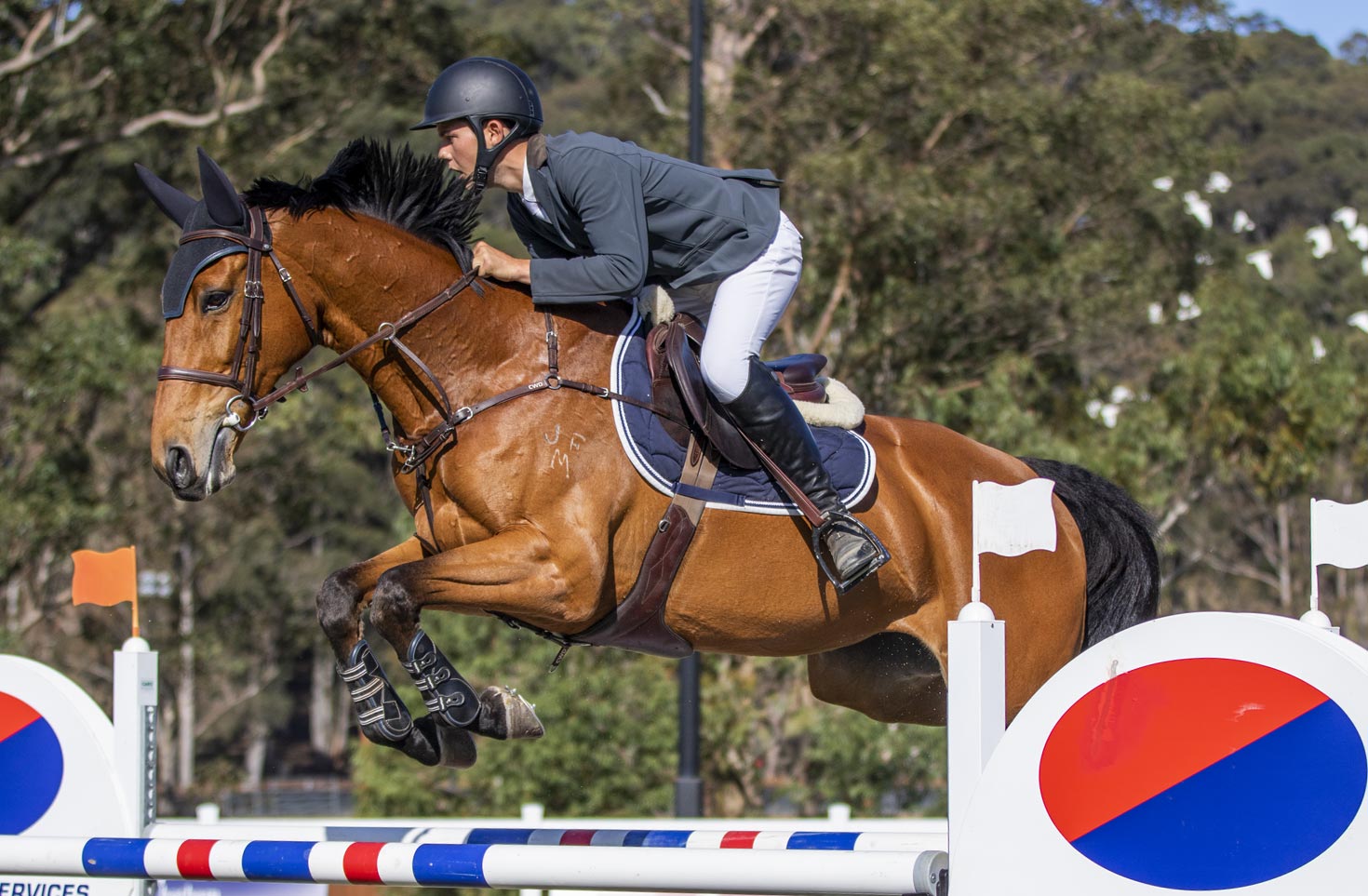 Will Dight and Thea

Jasmine Dennison and Nicolossi were next, however, a trio of rails put them out of contention, leaving just three combinations to come. The suspense grew as each combination tried, then failed to knock Douglass and Sirius Du Granit from the top of the leaderboard.

Sally Simmonds and Oaks Castanza who won yesterday’s Young Rider warm up class were next. They attacked the course chasing the time set by Douglas, completing it in 53.73 seconds, which would have been enough to take the lead, however, unfortunately for them, they took two rails on the way. Second last out was the second placed combination of Jamie Priestley and Kolora Stud Optimus, however a single rail meant they could not challenge for victory.

Now the excitement was palpable. The only combination that stood between Douglass and victory were the winners of last year’s Stal Tops Series, Erin Buswell and Quero Quero. Knowing that they had to set a fast pace to have any chance of winning, they attacked the course with vigour. As the crowd gasped, they had a solid knock on way over the fifth jump. They had an even closer call towards the end of the round and how the second of the double stayed in place, no one can be sure. In the end, they crossed the finish line in just 52.89, some 1.5 seconds quicker than Douglass. 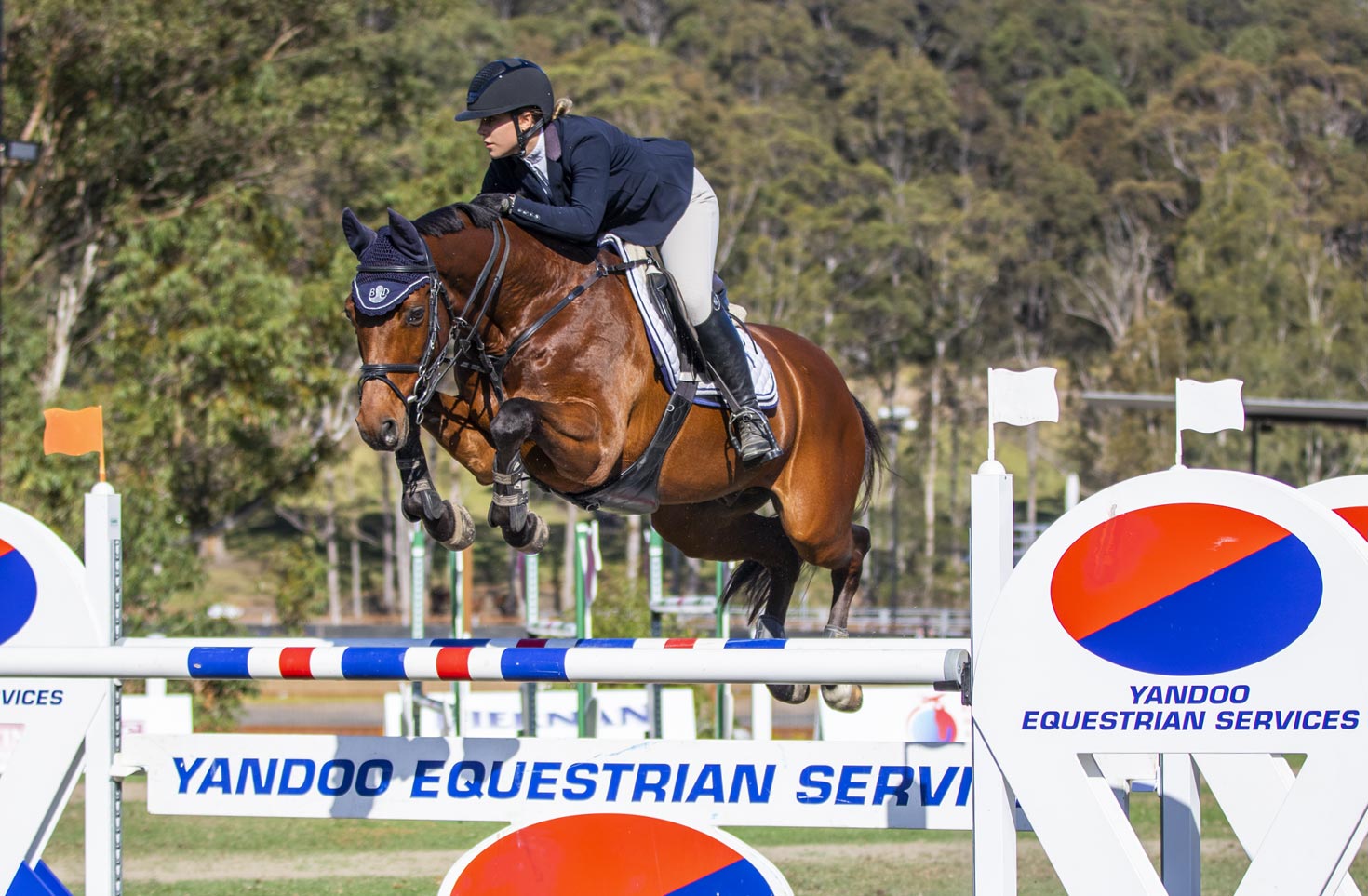 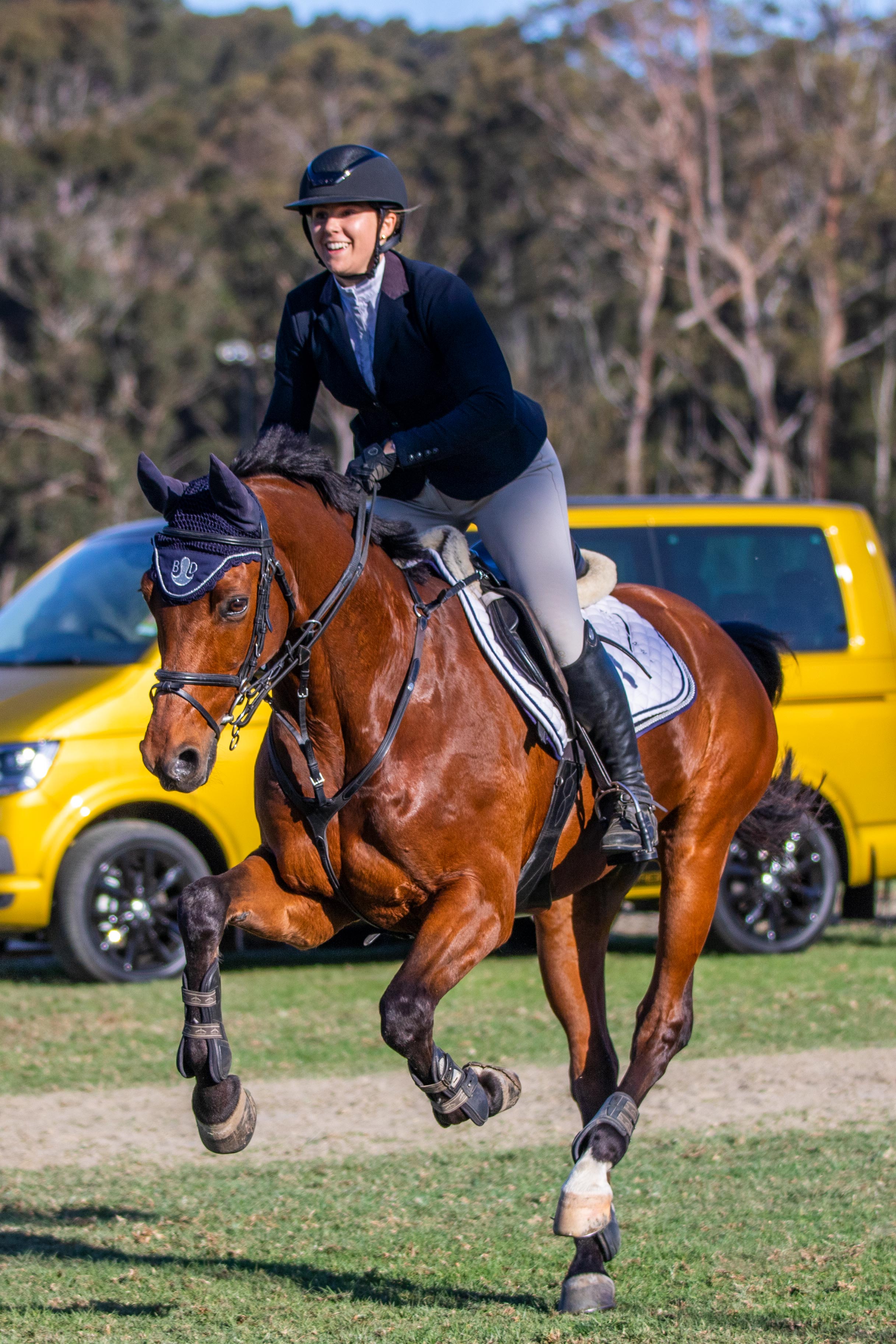 So, in a closely fought affair, Erin Buswell and Quero Quero took the win, followed by Amelia Douglass and Sirius Du Granit in second place. Third place was filled by Will Dight and Thea.With the top five placings all recording double clears, the jumping was of the highest quality. In the end, the cream rose to the top, wth the top three riders in this class all being Australian Jumping Teams League Under 25 team members.

The top 6 placings in this class, as well as their Stal Tops Prize money were:

After two rounds of the Series, the unofficial point score stands as follows:

The remaining two events for the 2019 Series will be run at the following shows: Boneo Cup – November 2019 and the Summer Classic in December. We look forward to more fantastic jumping and wish all of the competitors the very best of luck as the final two rounds of the Series unfold.