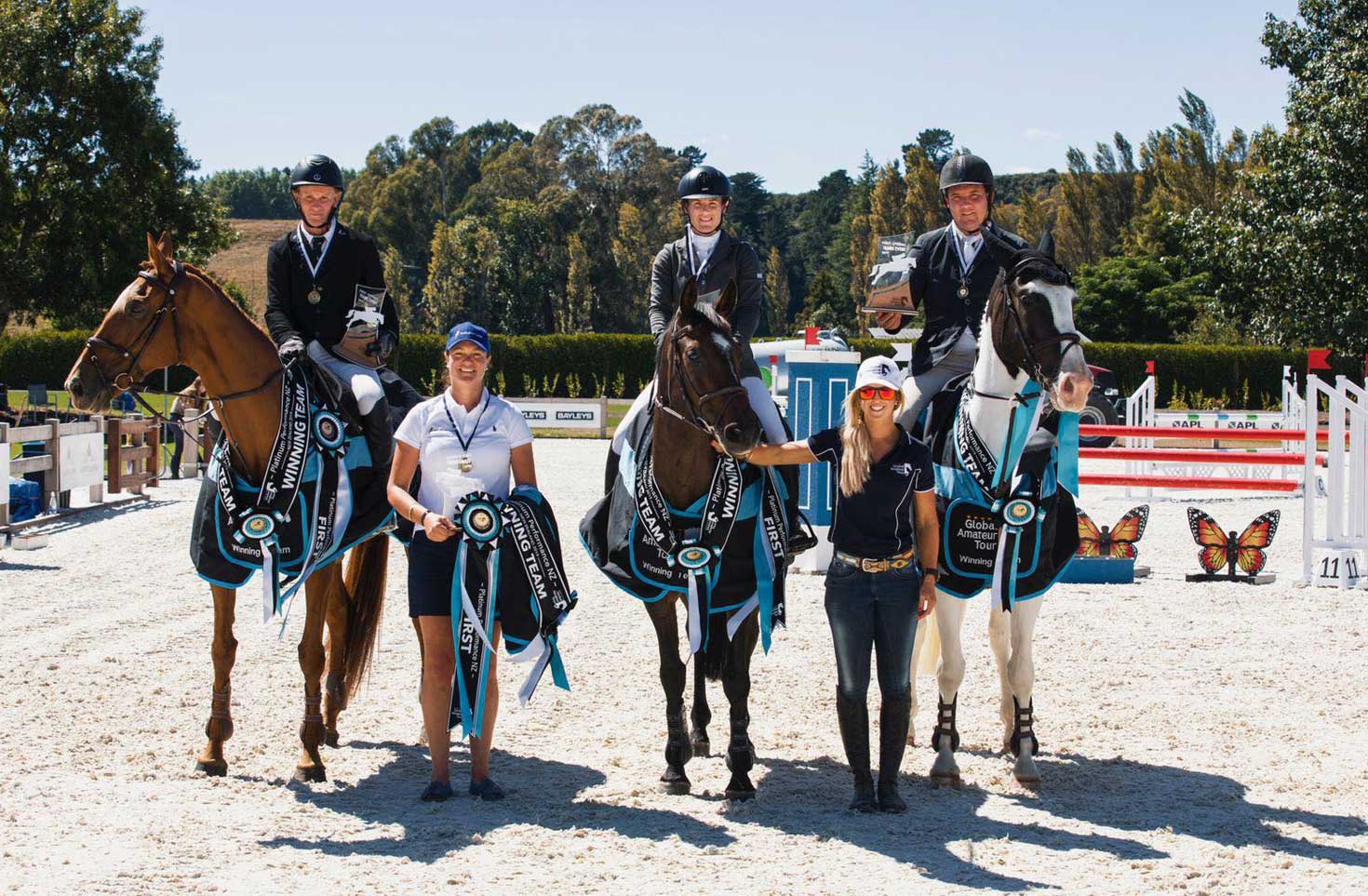 The Australian Amateur riders representing us in Takapoto this weekend had a much-improved showing today in the Second Qualifying round. Click HERE for yesterday’s story.

Damien Churchill and the 8-year-old gelding, Midway Detroit are clearly getting used to each other. After taking four rails yesterday, today, they went clear in the fast time of 75.53 seconds. This was the one of just six clear rounds and was good enough to land them in 5th place. 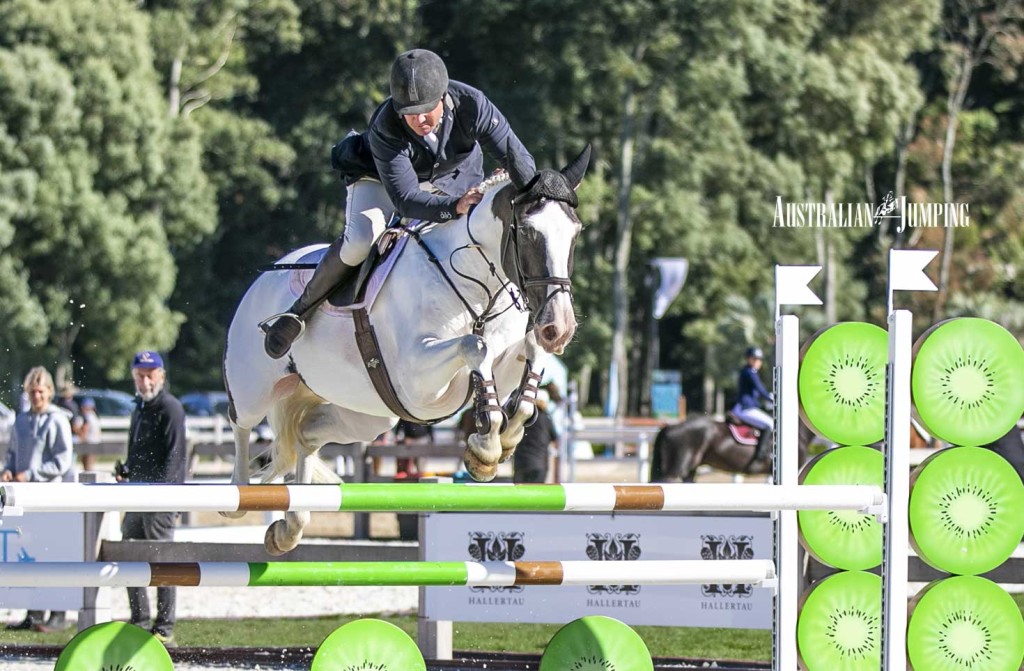 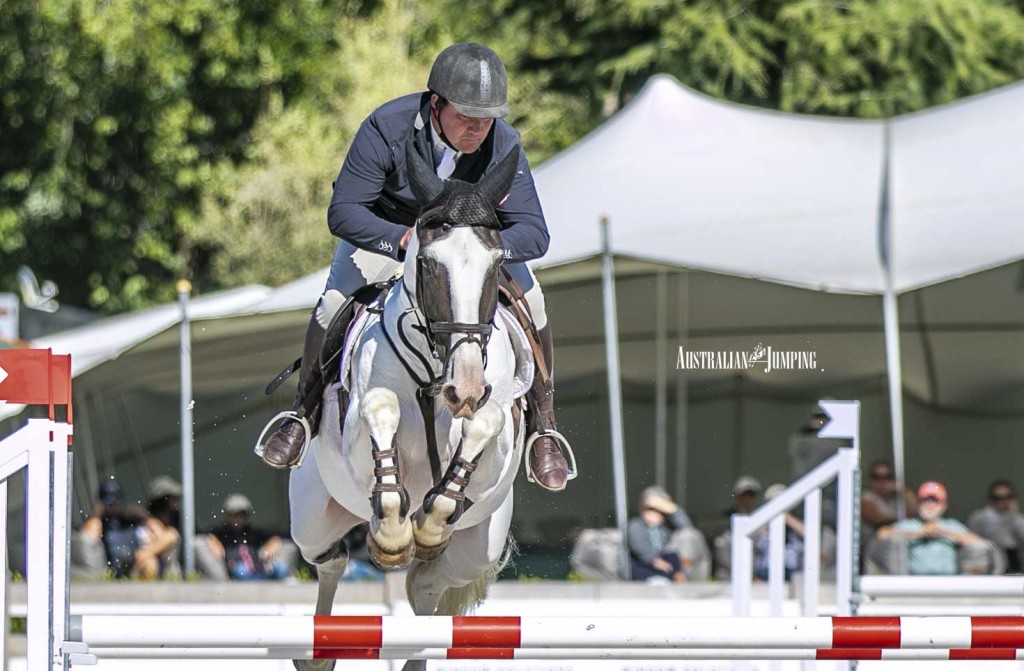 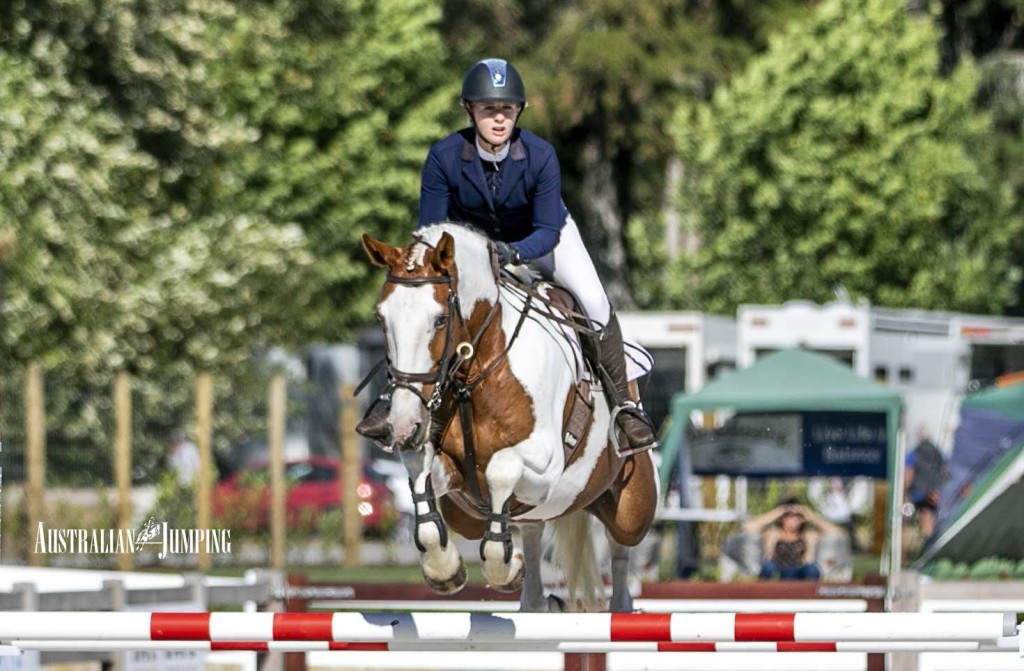 We caught up with Damien and Abby after the class to have a chat about the Global Amateur Tour and what the experience has been like for them. We look forward to seeing how they both do in tomorrow’s final.

The top six placegetters in today’s class were:

The Amateur Tour at Takapoto Estate Jumping serves as a round of the Global Amateur Tour (GAT). Since not all riders in this class are competing in the GAT, only those who are registered can score GAT points. Churchill, due to his great performance today came 4th of the GAT riders which scored him a substantial number of points and has rocketed him up the table. After two rounds at Takapoto, here are the standings of the leaders and our Australian representatives.

Another aspect of the Global Amateur Tour is the Teams event run over the first two rounds. Participating combinations were divided into eight teams each of four combinations, with the best performing team being awarded the Amateur Teams Trophy. To top off a great day for Churchill, Team Matai were the victorious team. The winning team members were Damian Churchill and Midway Detroit, Kelly Smith and Corlinka, Robbie McKay and Tulsa Time, and Laura Daly and Just William HL. 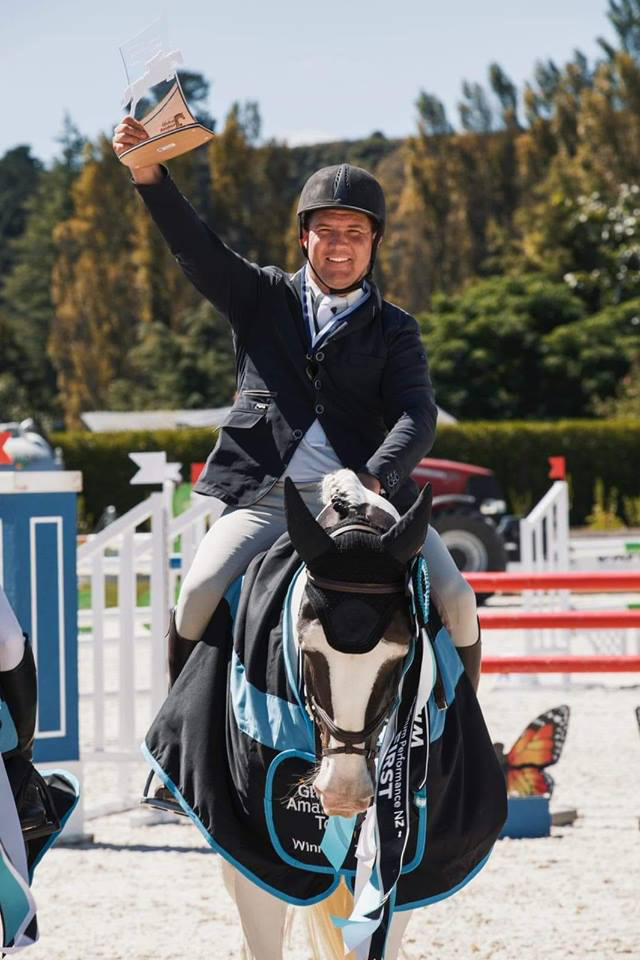